Abhimanyu Easwaran is the new Bengal captain and with consistent knocks at the top of the order, he is very much in contention for a place in the national side in Test cricket.

Not many people have the luxury of rubbing shoulders and learning from two icons of the game but it is one Abhimanyu Easwaran has enjoyed over the last couple of years. And, with experience and lessons, he is now ready for the next big step.

Easwaran's consistency at the top and sound technique is what sets him apart from the rest and he has been making all the right noises in case the selectors look to add some flavour to a drab opening partnership in the absence of Prithvi Shaw.

Sound player of both pace and spin, the right-hander arrived at the biggest stage earlier this year with a match-winning 183 against Delhi in the Ranji Trophy as Bengal chased an improbable target of 322 to hamper Delhi's chances of making it to the next round.

More consistent performances followed, including a 153 for India Red in the Duleep Trophy final -- a timely knock ahead of the South Africa series. And, much of his learning and adaptation can be credited to two of India's finest in Sourav Ganguly and Rahul Dravid.

Easwaran has had the chance to learn from Ganguly, an ever-present figure in Bengal as the CAB president and his enthusiasm and attitude has influenced the new breed of Bengal cricketers a lot.

"He [Ganguly] has been a great influence in my life and he is done so well at the international level and we've seen him as an idol. I've seen him play and win games for India and it is a big motivation and till now also he keeps motivating us to get better with every tournament we feature. So, to have a person him around us, it is great...you get to learn a lot from him," Easwaran told indiatvnews.com in an exclusive chat over the phone.

But, it's not just 'Dada' he gets to learn from but Dravid as well. In fact, Abhimanyu feels he is closest to Dravid if there is any player he feels he would like to model his game on.

"I've always idolised Rahul Dravid sir and loved the way he played the game and batted all along the ground. So, I love that but I won't' resemble myself to any cricketer," Easwaran said.

"To be able to play under him [Dravid]...I'm pretty lucky that way. He has played internationally for a long time. I've learnt a lot from him by sharing the dressing room and talking to him about his experiences and being a player at that level. So, sharing how would he prepare for an international tour for different conditions, against different bowlers...you have an idea of what he faced in varied conditions.

"He has been very helpful and the best thing is he is very open. You can talk to him whenever you want and contact him and it makes it very easy to ask him things," he added in praise of the former India A and U-19 coach.

But, there is another person who the 23-year-old credits for his success -- his father. A constant figure and a pillar of his game so far, Abhimanyu has learnt a lot from his father and with the support of his family, he has the confidence to conquer the world.

"I love cricket when I was young and my father also wanted me to pursue it. He has always supported me in every situation I've been in my life. So, to have a support system in my life like my Dad, Mom and my sister also is great. If you have the support system like that, you have the motivation to go out and do well every single time," said Easwaran. 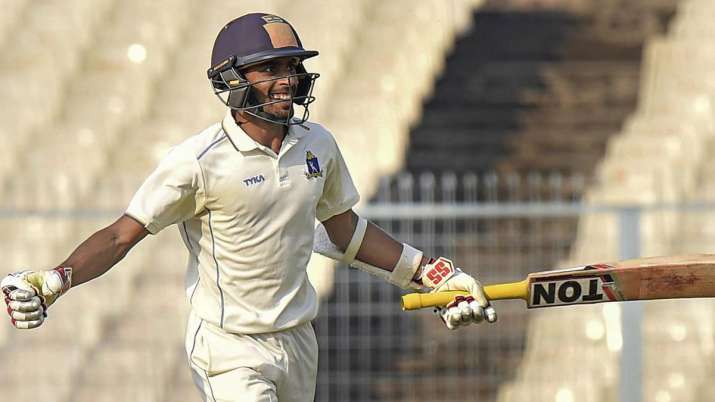 Born in Dehradun, his father played an important role in getting him to Bengal, where he would start his career as a youngster. Easwaran, an outsider of sorts, arrived in Bengal at the tender age of 11 with a hope of playing for the state and captaining it one day. And, he is set to fulfil his dream soon.

"It has been a great journey so far. I came to Bengal when I was 11 years old and then I played U-16, U-19 and Rajni Trophy and to be announced as the captain of Bengal for this season is an honour for me. It is a good challenge and we will enjoy the responsibility and see where it goes," gushed Abhimanyu while speaking about his journey.

And, he is not feeling the heat as well because for him, it's an honour to lead from the front.

"I think it's an honour more than anything to lead Bengal. It is a challenge. Our people support a lot and even in domestic cricket, we get a lot of support. Be it any sport, people come and support us. That's a good thing. I don't think I'll take the pressure or anything like that because when you are representing a state, you have a responsibility and it is a challenge for me to try and lead Bengal. I think if I can lead from the front and keep doing what I've been as a batsman, it'll always help me contribute to the team and that's the main thing really.

"I don't think about the pressure. I just try and contribute as much as I can to the team," Easwaran explained.

A good season to follow up one more could even open up the gate for a national call-up but he is not fretting much over it.

"I'm ready," he said with utter confidence when asked about being prepared for playing at the international stage. 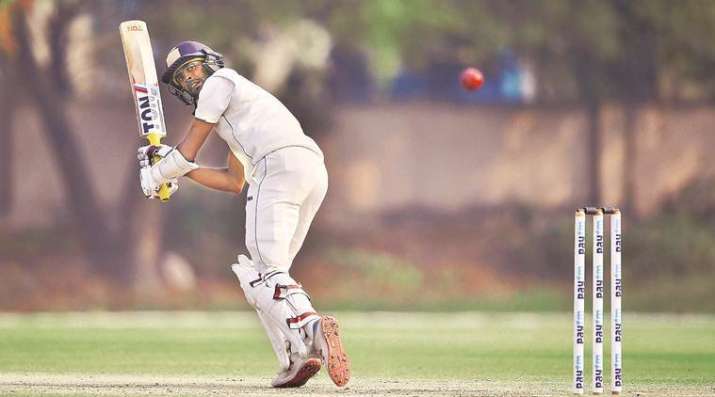 Easwaran's numbers with the bat and his ability to adapt to the situation is what sets him apart from the current crop of openers India are looking at. With Prithvi out, KL Rahul and Mayank Agarwal continue to be the first choice openers but both prefer an attacking style. Same could be said about Shubman Gill, who again has knocked on the doors with a fine fifty against South Africa A but in Easwaran, there is an opener, who can play both ways and that comes with hours of practice and different type of training.

"I've been working on my game constantly and I try and improve every day and with my coach, we try and work on things and we try and adapt to situations. We try and adapt for situations and conditions before a tournament and that preparation has helped a lot in getting that consistency and that's the most important thing and being in a good mindset...that's what helps me to perform in different conditions," explained Easwaran.

His chance of impressing the selectors will come in the second unofficial Test against South Africa 'A' and a good knock there could push him up the pecking order for a Test call-up but if not, Easwaran will remain around the corner, waiting to smash the door open if it doesn't open itself.