Ben Stokes may have not secured a victory in his captaincy debut, but there was more to his leadership than a few calls gone wrong.

The Southampton result wasn't part of the script, was it? Especially with 'Sir' Ben Stokes as the helm. For over the last 12 months, whenever Stokes took over the responsibility in the deciding moments of the game, England have always emerged victorious, the Headingley win last Ashes being the epitome.

After exhausting his England's pace-bowling pair, it was Stokes who took over the responsibility of dismembering the final four batsmen of the Windies lineup. He has been impressive as fourth-innings bowler, averaging the least out of the four innings in his career.

But on Sunday, it just wasn't meant to be. West Indies defeated England by four wickets in the opener of the three-game series, hence putting a forgettable end to Stokes's captaincy debut. And fans will only be looking back at this game, blaming Stokes for his decision to bat first after winning the toss, and leaving out Stuart Broad from the lineup. It's only natural, but there was more to his captaincy than those two calls.

Stokes was the leading scorer for the team in the first innings when all the England batters struggled against the pair of Shannon Gabriel and Jason Holder. With the pace-bowling pair pitch it around length to extract movement that trouble the top-order lineup, Stokes showed the way to negate the lateral movement by stepping out of the crease and driving the ball through covers and mid-on. There was a statement of intent in his 97-ball 43 which was laced with seven boundaries and the scoring method was picked up even by his on-field partner Jos Buttler as the pair added 67 runs. Such was his impact that Holder was urged to remove Gabriel from the attack as he stepped up for the crucial role.

Even with the ball, Stokes was the leading wicket-taker for England in the match where picked up key wickets - Kraigg Brathwaite (65), Shane Dowrich (61) and Holder (5) in the first innings, and Jermaine Blackwood (95) and Dowrich (20) again, in the second innings.

Even with his on-field decisions, Stokes nicely rotated the bowlers in the first innings, at least for the first two and a half session. But when the Archer-Wood pair failed to make any penetration, he fell back to James Anderson for some lateral movement while he too joined in the attack. 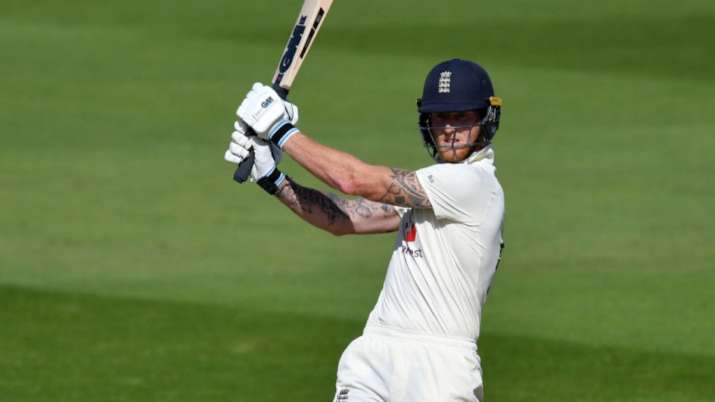 In the second innings, Stokes made good use of Archer not just with the new ball, when he castle down the Windies top-order with accurate length while targetting the off-stump line, but also with the old ball, the one that included a small, yet riveting contest with Blackwood.

As for his toss call is concerned, Stokes could do little. It was his team that failed to amass an impactful total. Moreover, England batted under overcast conditions and bowled under a sunny sky, which is usually a result of a risk, here toss call, a captain takes after winning a toss. England felt the pitch would deteriorate over the course of the match, but the extent was far less than what they had reckoned on the first morning. But had England added a few more runs to the board, the results would have been different. But blaming the toss call would surely be absurd. A team can only expect the least with a first-innings total of 204.

Regarding Broad, Stokes showed no "regret" at his decision and was only of praise of the depth of the English pace attack, opining that the team was "fortunate" enough to leave a bowler like Broad out. Moreover, even after criticisms that were raged at his Broad decision, especially with Archer-Wood ending with just one wicket in the first innings, while Holder, who with much lesser pace bagged six wickets, Stokes stood by his decision.

Stokes had truly led from the front, and took over the responsibility whenever required, just like Virat Kohli does, as many veteran cricketers had already predicted ahead of the opener. One can easily pinpoint at these two calls to demean his captaincy, but the larger picture signifies a whole different story. Not the least, England were defeated by a better opponent, in all departments.

Nevertheless, for Stokes, it was a learning curve as he suggested. He will once again return to his old role with a comprehension of what captaincy entails.

“Joe is one of the best players in the world so he is a big miss when he doesn’t play. Next week I don’t need to make any of the decisions, so good luck Joe,” Stokes said after the game on Sunday. “Last night was the only night that I really struggled to sleep because there was a lot to think about: how the game is going to end up, what’s going to happen. I can see why Joe loses a lot of sleep because he’s got to do that every game.”

It is now over to Joe Root as England eye a comeback in the series. And who knows, maybe Stokes will have an impressive return to his old role.