Rebel with a cause to World Cup spine and fall from grace: Ambati Rayudu's topsy-turvy journey remains devoid of closure

Ambati Rayudu hanged up his boots on Wednesday and perhaps it came in the most personified way possible -- battered, ignored and forgotten.

Ambati Rayudu's announcement to world cricket was grander than Virat Kohli's and when he burst on to the scene, his future touted to be brighter but 17 years later, as he hangs up his boots, he would have nothing but disappointment and animosity to hold on to.

Touted to be the next big thing in Indian cricket following his 114-ball 177 against England Lions in 2002, the 16-year-old was going to follow the footsteps of Yuvraj Singh & Co. into the Indian set up but things didn't turn out to be as rosy as it was thought it would be.

Following his breakthrough season, he played regularly for Hyderabad in the 2002-03 Ranji season and scored 698 runs at an average of 69.80 to finish third on the leading run-scorers list. Playing only his third Ranji game, Rayudu scored 210 and 159 not out against Andhra Pradesh in both the innings to stake a claim in the Indian side. His achievement was no mean feat as he was the youngest player in the history of Ranji Trophy to score a double century and a century in the same match.

His good show earned him a call-up to the India A side and he scored big runs against West Indies and England and experts opined that he will soon break into the senior side.

His stock only went north and in 2004, Rayudu captained a side consisting of Shikhar Dhawan, Dinesh Karthik, Suresh Raina, RP Singh, VRV Singh and Robin Uthappa in the U-19 World Cup and the team reached the semi-finals of the tournament before bowing out to eventual champions Pakistan in the semis.

But, then came the lows and it only went south.

His 2004-05 Ranji performance for Hyderabad was appaling and due to differences with the coach, he switched to Andhra Pradesh and returned back to Hyderabad a season later. But, the tag of a 'rebel' slowly started being associated to him. He picked up an injury and had a meek season thereafter. In 2007, he joined the 'rebel' Indian Cricket League (ICL) -- a league that was not sanctioned by the Board of Control for Cricket in India (BCCI) and went all of his chances of making the Indian team.

"I didn't want to play ten years of domestic cricket and feel that I have not played any international-quality opposition. To play against quality opposition for three years and it will also be telecast on TV. People will hopefully see me perform. And I want to perform for my own personal satisfaction," said Rayudu at the time.

He played for Hyderabad Heroes and ICL India in the ICL from 2007 to 2008 before being granted amnesty by BCCI in 2009. He was one of 79 players who made a truce with the board.

Rayudu started playing for Hyderabad again with the vision of playing the IPL and in 2010 he was signed for Mumbai Indians ahead of the 2010 IPL and since then was one of the most consistent performers in the T20 competition. 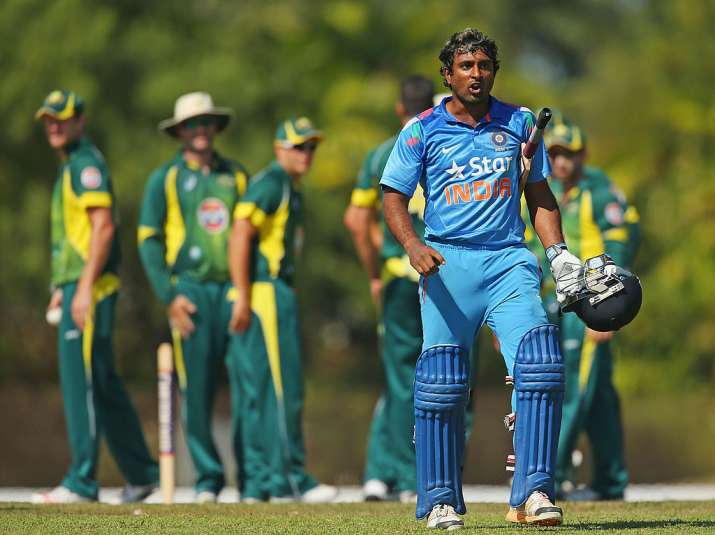 His consistency and important performances were noticed and in 2012 he was drafted into the Indian side as a replacement for Manoj Tiwari for the T20I series against England. He didn't get a game and same happened in 2013, when he replaced Mahendra Singh Dhoni for the West Indies series. But, he finally made his India debut against Zimbabwe on 24 July 2013 and scored a crucial half-century as India won the game.

But, he could never breakthrough into the senior side despite being in the reserves. Opportunities came far and wide despite good performances in the IPL and two titles as well with Mumbai Indians in 2013 and 2015.

He was also selected in India's 2015 World Cup squad but history repeated itself as he never got a chance to play despite India reaching the semi-finals of the tournament. Rayudu was reduced to bit-part games at the international stage and a full-time utility player in the IPL.

However, things changed when he signed for Chennai Super Kings in 2018 as the Super Kings returned from their ban. Opening the batting and sometimes in the middle, Rayudu slammed 602 runs at an average of 43 -- a season that acted as a renaissance for the tempered right-hander. Following his exploits and an unsettled Indian middle-order, Rayudu was selected for the ODI squad for the tour of England but a failed yo-yo test meant he was dumped in favour of Raina.

That grabbed headlines but this time as resolute as ever, he hung in and made a comeback into the side the later in the year in the Asia Cup as Virat Kohli was rested. Rayudu playing in the middle-order played some crucial knocks and that was it. India had found a No.4 finally for the World Cup in 2019.

His impressive show got praise from Kohli as well as the Indian captain announced that Rayudu is the answer to India's woes in the middle-order. Mostly coming in at No.3 in Kohli's absence, Rayudu scored 175 runs at an average of 43.75 from six innings as India won the tournament.

"The only position we were trying to figure out was number four for a long time. We tried many players who unfortunately could not capitalise or cement their places in a way we wanted.

"With Rayudu coming in and playing well in the Asia Cup, it's about giving him enough game time till the World Cup so that the particular slot will be sorted for us," Kohli said ahead of the first one-dayer against the West Indies.

"The team felt there -- and I also watched him -- that he (Rayudu) is designed to play that middle order batsman's role. We feel that our middle-order is more or less balanced now," Kohli added.

"We believe he is the right person to capitalise on that spot. He is experienced and has won many games for his state and also in the IPL. He has a great ODI record already for India. I think the batting order is sorted," Kohli further added.

Starting from the West Indies series in October, Rayudu played 15 of 18 ODIs and scored 464 runs, hitting one century and two fifties. With Kohli announcing that IPL performances not being considered for World Cup selection, his ticket to England was more or less booked. 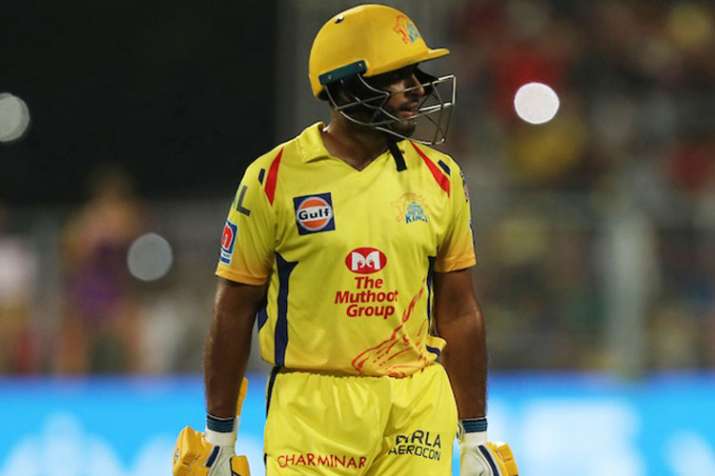 Rayudu had a disastrous IPL and mid-way through the tournament, he found himself out of the squad with him being replaced by a more dynamic or '3D' as it is called -- Vijay Shankar. He ended the tournament with 282 runs from 17 games and out of the Indian squad after being in pole position over the last six months.

Jibes followed as well as media discussions but there was hope as he was still in the reserves to be selected from. The opportunity arrived when Shikhar Dhawan was ruled out but this time, Rishabh Pant was selected ahead of him. Matters went worse when he was overlooked again in favour of Mayank Agarwal after Shankar was ruled out of the tournament ahead of the Bangladesh game and now it was surely time up -- there was no coming back. And, that is what happened.

With numerous snubs and insulting ones at that, Rayudu, a dependable player and once a future India star finally hanged up his boots and perhaps it came in the most personified way possible -- battered, ignored and forgotten.