All’s Not Well: How persistent demands of cricket can challenge players’ mental health

In an interview to indiatvnews.com over email, renowned sports psychologist Sandy Gordon sheds light on various aspects of mental health, how the unique demands of cricket can impact players’ mental wellbeing and shares his views on surviving the demons of social media.

Mental health issues within cricket have hit the headlines in recent times with two veteran cricketers announcing their indefinite break from the game citing issues pertaining to mental wellbeing. While England's women cricketer Sarah Taylor quit international cricket in September owing to her continuous battle with anxiety, Australia's Glenn Maxwell has taken an indefinite break with mental health struggles. The two decisions have hit international cricket hard leaving the entire fraternity talking about mental health issues of a player. But sadly, these aren't the only two cases cricket has come across.

Like Maxwell and Taylor, several players, some even in their prime, have either put their career on hold or bowed out citing mental health issues. This has prompted big stars like Steve Smith and Virat Kohli to come out in the open and speak about these issues, which were once considered embarrassing. With the level of competition rising steeply and players having to remain fit and in pink of form in order to go through the rigours of playing three formats, experts believe that such occurrences are likely to increase in future.

In a country like India, cricketers face insane competition to make it to the playing team. Even India’s current Test opener Mayank Agarwal admitted the same recently saying, “It can't be easy to break into an Indian team. Mediocre performances aren't enough and you've to push hard for your place in the team.” Like Mayank, many other cricketers had to push hard to break into the Indian team while many remained unfortunate with their hopes dying in domestic cricket. Why is it that we don't hear enough about mental health in cricketers?

It's certainly not because the problem doesn't exist. Moreover, once they do get selected, it's only as herculean a task to stay in the game. You are only as good as your last performance. How do they deal with the pressure of being consistent in their performances? Where a single injury can result in a career break that will set you back by years, will a player really pay attention to any mental health issues he or she might be having? Aren't they more likely to simply brush it under the carpet and continue playing?

In the age of social media, a player has to deal with a monumental amount of negativity off the field as well. They hear just about anything. So, how do they deal with this?

According to renowned sports psychologist Dr. Sandy Gordon, who has previously worked with the Indian team back in 2003 and is presently a Professor of Sport and Exercise Psychology at the University of Western Australia, countries like England and Australia have the infrastructure deal with mental health issues. But what about India, the ruling country when it comes to cricket? 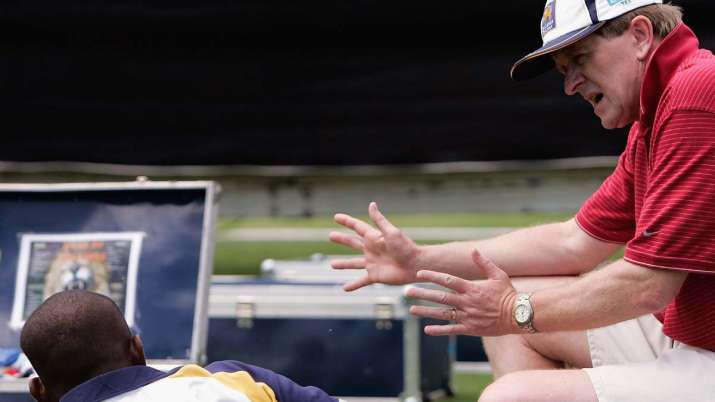 In an interview to indiatvnews.com over email, Dr. Sandy Gordon sheds light on various aspects of mental health, how the unique demands of cricket can impact players’ mental wellbeing and shares his views on surviving the demons of social media.

Mental health issues have recently become a talked-about topic in cricket. What could be the possible reasons that lead to mental issues for a cricketer? Could too much cricket these days and demands to be consistent through each format be a primary reason behind it?

First, I think it is important to define the parameters of the phenomena we are focusing on. Your enquiry is about mental health, which refers to our emotional and psychological state, our social well-being and how we feel about ourselves This is not the same as mental illness although poor mental health can lead to mental and physical illnesses. When we have mental health, we are resilient and can handle life’s challenges and stresses and make sound decisions and so feeling mentally exhausted or overwhelmed is a red flag that one’s mental health needs attention. Our emotional health and mental health are closely related. Both help you feel confident in your worth and abilities, accept your strengths and weaknesses, and sustain a sense of meaning and purpose in life. 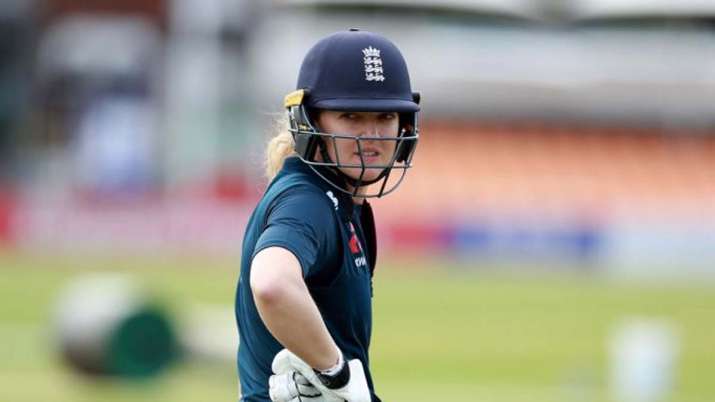 While individual case histories will likely reveal some different triggers to mental health challenges, common among them all will likely be symptoms of burnout, which include both emotional and physical exhaustion, sport devaluation (cynicism about participation), and a reduced sense of accomplishment (failed expectations). Given the multiple formats of cricket professional/elite players can play in a season these days volume of participation accompanied by associated commitments to training and travel schedules are likely predictors of burnout and therefore challenges to mental health.

In addition to volume of cricket I believe the mental and attitudinal characteristics of elite performers e.g., a burning desire to succeed and avoid failure, can have some paradoxical and countervailing effects. For example, their obsessiveness, perfectionism, ruthlessness and selfishness, which facilitate success, can also undermine their mental health. There is also a dark side to resilience i.e., being over resilient, which is evident in players who push themselves beyond physical limits (overtrain), or don’t own up to or deny injury or illness. In the pursuit of excellence some players also suffer emotionally in silence, expressing only unfelt emotions in the service of cricket’s commercially driven Gods.

Psychological safety, feeling comfortable about speaking up about mental health (and other) issues, is critical for players, coaches and administrators in cricket and those in positional power roles, like Kohli (captain) and Smith (senior player) should accept ambassadorial responsibility for preventive interventions. Of course, talking about mental health and mental illness is easier when resources to cricketers are made available to them. I’m aware that such resources are available in Australia and England, courtesy of efforts of respective player unions, but I’m not certain this is the case in India (yet). 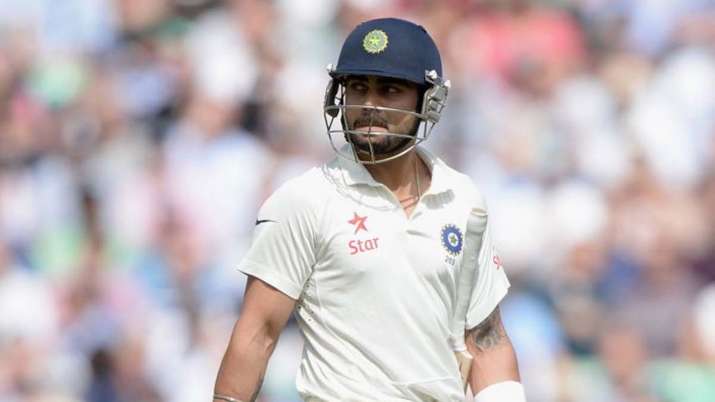 In the day and age of social media, there's a constant pressure on a player to perform. And, if the player fails, then he or she can face heavy criticism. What would be your advice to the players to deal with criticism on social media?

Briefly, if you are a social media user you could fall victim to its addictive lure if you are not skilled. So, my advice is to become a ‘skilled user’ i.e., know what to give oxygen and what to delete unread.

Given the above-mentioned observable symptoms of mental health issues I believe players, coaches and administrators in teams that really care for each other and have each other’s back can monitor mental health issues of everyone. However, I do believe appointments of specialists in human behaviour (registered sport psychologists) are critically important in terms of promoting both personal growth/welfare and performance enhancement of players, coaches and administrators.

How was your stint with the Indian cricket team back in 2003? Did you come across such issues during your stint? And how did the team develop thereafter? You also worked with the triumphant Australian World Cup team in 1999. What makes Australian cricketers so mentally tough? What was your assessment of the Indian team's mental toughness?

I thoroughly enjoyed my 3 years with John Wright (coach) and meeting many quality players, coaches and administrators. I did not perceive significant mental health issues even among injured and de-selected players. The mental toughness project, funded by the BCCI, afforded me access to both past and present players, coaches, administrators and umpires and during those interviews I quickly learned to appreciate the enormity and range of pressures that are unique to the sub-continent. Yes, Australians are mentally tough but so too are all Indian players who make it to their respective National squads and teams. Rather than mental toughness it is more likely that self- and team confidence, focus and, most importantly in cricket, effective leadership (captaincy) that distinguishes between consistently competitive teams and others.

Taking India for example, where there is a plenty of competition for every single spot. Once a player gets injured or is somehow sidelined, the next player gets a chance and with good performance seals the spot, making it difficult for the former to return. In such stiff competition, how will you advice a person to be in a peaceful state of mind? Can mental pressure make a player vulnerable to injuries? Also, how do such issues affect personal life?

Research on the psychology of sport injuries suggests that daily hassles and stressful life events can distract players and therefore could possibly contribute to the onset of injury. So external and internal pressures might explain incidences of injury in some cases. Upon injury the best advice to players is to accept their injury, consider it as temporary (vs. permanent) and focus what you can do (vs. can’t do) regarding rehabilitation and cricket-based recovery. Effective weekly goal-setting with skilled health practitioners during rehabilitation will help injured athletes stay focused on the present, not the past or future, and remain part of the picture (team/squad). 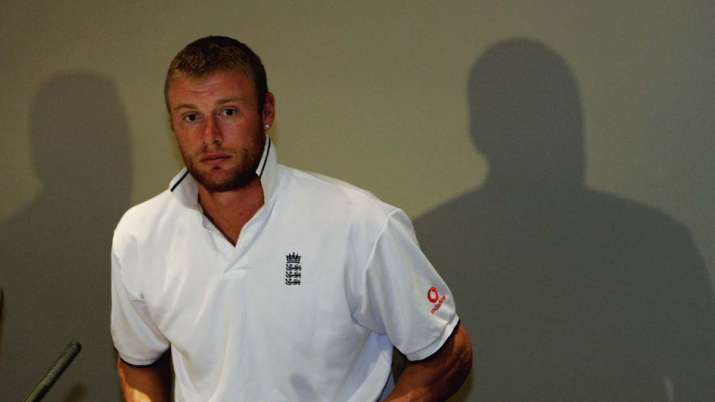 With experience, a player learns to handle the pressure of the game. But for a youngster, it is certainly difficult. What advice would you like to have for budding cricketers, something they can always apply to their preparatory methods or when they are not part of the fixture?

Pre- and post-performance routines should be developed and refined to help young cricketers prepare for perceived pressure in each game, over, delivery and how to debrief the same. In addition, ideal performance states (IPS), which have mental, emotional, physical and technical components can also be taught. Routines and IPS activities are like having a comfort blanket and while they can’t guarantee players will always play well, they do guarantee players are always prepared to play well, which massively boosts self-confidence under pressure. Positive psychology research suggests cricketers should study success (individual and team) much more often than they do. While weaknesses cannot and should not be ignored every cricketer has strengths, which should be emphasised at practice and exploited during games. For example, every player has successfully handled pressure at some stage or other. They should study what worked then, what they did and what they were thinking at those times and commit to practicing it.

(Dr. Sandy Gordon is a Professor, Exercise and Sport Science in School of Human Sciences at the University of Western Australia.)