The 1st semi-final between India and New Zealand in Manchester is likely to be interrupted by rain as light showers are forecasted during the day Manchester.

India and New Zealand are set to fight each other out in the 1st semi-final of the 2019 World Cup in Manchester but the high-octane clash could well be affected by rain.

Much like the league game between India and New Zealand, the weather could again play a huge role in the semi-final game at Old Trafford throughout the day.

If weather forecast according to British MET department in Manchester is anything to go by, there are chances of 'cloudier skies and some showery rain developing at times' on Tuesday. There is a 50 per cent chance of rain at 10 am local time and that would mean that the there should be a delay in the start of the game and the skies are likely to get clearer after 1 PM local time.

However, unlike the group stages, the International Cricket Council [ICC] has kept a reserve day for the knockout games and if the match can't be played out on Tuesday, the game will resume from where it was stopped the day before it on Wednesday. But, there is a worry again as the weather forecast for Wednesday is not promising as well as 'extensive rain' along with overcast conditions has been forecast for July 10. 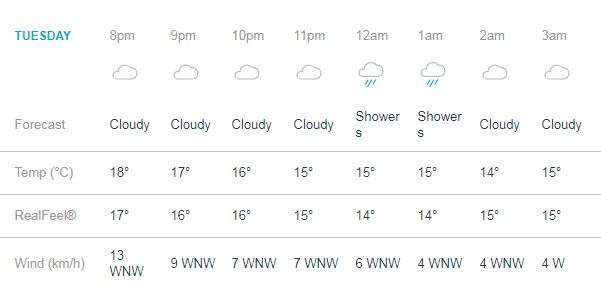 If at all the game cannot be completed on Wednesday as well, India will go through to the final because of more points (15) than New Zealand (11) in the league stages.