Virat Kohli as India's new No.4 or going with a bowler less: What went wrong for India in Mumbai?

There were talks about India's rampaging form at home since World Cup 2019 and about their unprecedented pace arsenal amid the bold step of the team management to fix the newly-brewing KL Rahul versus Shikhar Dhawan debate, but all seemed just an illusion in front of Australia's sheer dominance with the ball and with the bat. They outsmarted the formidable Indian batting lineup before the record-breaking partnership of David Warner and Aaron Finch crumbled even their slightest chance of a comeback. The pacers picked seven wickets between themselves to restrict India to 255 runs inside 50 overs and the pair of Warner and Finch added 256 runs on the board to complete the chase with 12.2 overs to spare.

Barring that valiant 121-run stand between Rahul and Dhawan, not once did India manage to even sniff a change in momentum, let alone victory. The middle-order wobble continued despite Virat Kohli's ploy to bat at No.4 leaving India to rest their feeble hope on the tailenders to guide the score to a respectable position. Meanwhile, the world-class pace attack in Jasprit Bumrah and Mohammed Shami failed to unsettle the two Aussie openers as the visitors bagged their fourth straight ODI win in India. But what truly went wrong for India in the game - getting dismissed for 255 inside 50 overs or not picking a single wicket.

Was Kohli's ploy to bat at No.4 a good solution?

We had presented a statistical look at reasons that stand against the very decision to play Kohli at No.4 after the Indian skipper had revealed the plan on Monday. We talked about his template as a No.3 batsman in ODIs since 2017 and compared it with his strike rate when he enters after the 20th over - the average time when a No.4 batsman enters. India went with Kohli's plan amid rising criticism over the decision, but for a major part of India's innings, the 31-year-old's plan seemed to have worked. Despite Rohit Sharma's early dismissal, for 10 in the fifth over, India had bounced back strong cautiously with a 121-run stand between Rahul and Dhawan. On the track under daylight that had little in offer for conducive strokeplay, Dhawan and Rahul were steady against the pacers and against the spinners to lay the platform. 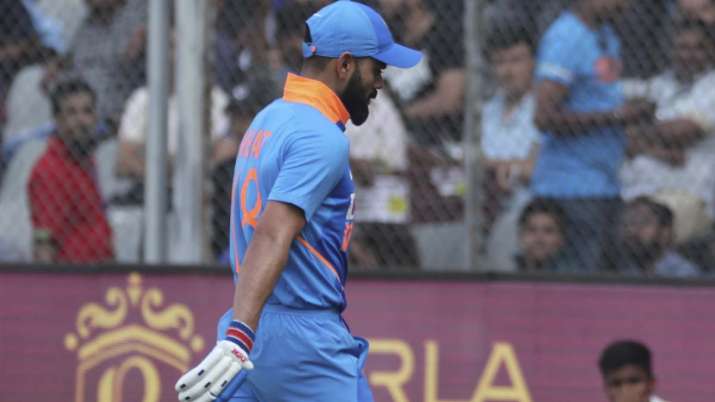 But the Aussies bounced back in the 28th over, dismissing Rahul and in a matter of just six overs, India went from 134 for 2 to 164 for 5. And included the dismissal of Kohli for 16 and Shreyas Iyer for 4.

Now there are two ways of looking at this wobble.

1.) Most have criticised Kohli's idea as the Indian skipper's trouble at No.4 continued. In his last seven innings at No.4, Kohli averages only 10.33. Moreover, Kohli's strike rate remains low in the seven times he has walked in after the 20th over - around 75 with a boundary rate of one every 16 deliveries. 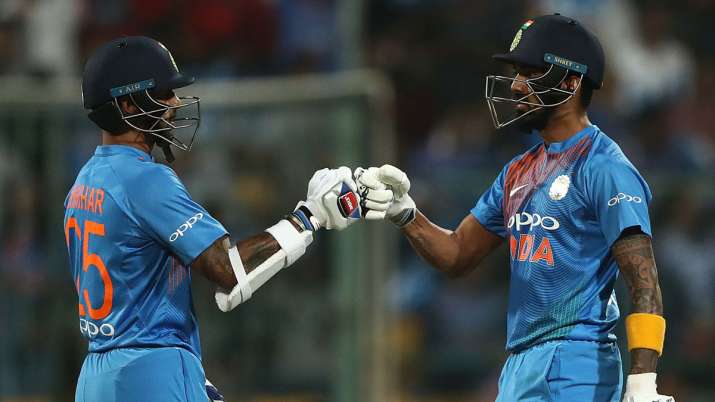 2) The one that went unnoticed was Rahul and Dhawan's inability to make most of their situation after the pair managed to grind the pacers. In the first 10 overs, India were 45 for 1 as against Australia's 84/0. The visitors played 37 per cent attacking shots, nearly double than the Indians (20), and had only 10 per cent false shots, half of what the Indians had registered (20) and scored 71 per cent runs down the off side. And all these came despite Indian pacers bowling more fuller and shorter than Aussies. The pair of Rahul and Dhawan could have taken a leaf out of the Rohit-Kohli partnerships and the manner in which the two flourish and improve on the run rate. Despite their fightback, which was indeed commendable, they failed to improve the run rate which remained well below six throughout.

With the sniff of a comeback, Australia looked to taste the change in momentum as they dismissed Kohli and Iyer in quick succession leaving Rishabh Pant and Ravindra Jadeja as India's only hope for a respectable total. Much like Dhawan and Rahul, the two left-handers avoided any risk and just when they were on the verge of adding a fifty-run stand for the sixth wicket, Australia snuck back in.

Could the bowlers be blamed?

For the first time in 15 years, the Indian bowling attack went without a picking a wicket in the chase. And it came despite India having world best Bumrah (arguably) and highest ODI wicket-taker of 2019, Shami. Well, the pitch had nothing in offer to the pacers. They inflicted swing from both ends but the pitch had no grip or stoppage which was seen under daylight. The deliveries slid off the surface wonderfully allowing Warner and Finch to flourish and stay unfazed by the ones that beat them. The spinners fared better with Kuldeep creating quite a few chances, especially against Finch.

Moreover, India went with five bowling options as against Kohli's regular tactic of having a sixth bowling option. Hence, India failed to fall back to the extra bowler when none failed to bring that breakthrough.

India looked well set under Rahul and Dhawan's partnership as the pair tackled the pacers and Zampa. But Finch did not give up despite Australia going wicketless after the fifth over. He covered up the onside to avoid Rahul to milk runs through cover drives and brought in Ashton Agar to trouble the right-hander. And the tactic worked. Finch immediately brought in Cummins to get rid of Dhawan next before resting hope on Zampa for getting rid of Kohli.