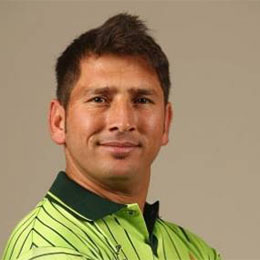 Once touted as the next Shane Warne, Yasir Shah has seen many ups and down in his career. The leg-spinner has to wait for long nine years to play International cricket after making his first-class debut in 2002. Yasir deadly show against Australian team at Abu Dhabi in 2015 made him an instant hit among Pakistan fans and he was their perfect replacement for Saeed Ajmal. Yasir picked 12 wickets in the two-match Test series and troubled the Aussies batsman in his googly led to a clean sweep victory for the Green Gang. In early 2018, Yasir Shah form dipped but he later makes a comeback in Test squad vs the Kangaroos in October.

Unfortunate not to have played a single Test against India: Yasir Shah

Hope he hasn't poked the bear: Akram on Yasir's celebration after dismissing Smith