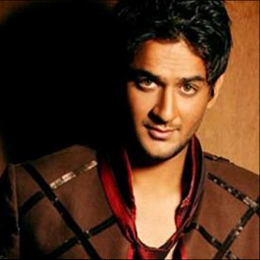 Vikas Gupta, who rose to fame with the controversial reality show Bigg Boss 11, is an Indian television show producer. He is also a creative director and host. In 2017, Vikas participated in Bigg Boss and emerged as the 2nd runner up. Last year he hosted MTV India's Ace Of Space 1. Vikas is currently a participant of Khatron Ke Khiladi 9.

Bigg Boss 14: Rakhi, Arshi and others break down as Vikas Gupta exits the show again

Bigg Boss 14 contestant Vikas Gupta was not keeping well due to a throat infection over the past few days, and admitted to the fact, too. He is also going through a tough time in personal life, with his relationship with his family going sour.

Bigg Boss 14 Jan 13 episode was super fun as it not only witnessed the entertaining side of Rakhi Sawant but also the pain of Vikas Gupta. As per the recently released promos, it was evident that the 'mastermind' has taken an exit from the show due to medical reasons leaving Arshi Khan and others emotional and shocked.

Vikas Gupta has reportedly come out of the  Bigg Boss 14 house on medical grounds.

Bigg Boss 13 fame Rashami Desai arrived for 'mastermind' Vikas Gupta and left him emotional. Rashami slammed all the contestants in the show for attacking Gupta personally and also gave a message for Aly Goni to not take out his personal grudges on Vikas.

BB14: Vikas Gupta's mother reveals why his family cut off ties & it's not because of his bisexuality

TV producer and Bigg Boss 14 contestant Vikas Gupta said that his mother and brother chose to distance themselves when he revealed his bisexuality on the social media platform. While many have been sympathizing with him, others have been wanting to know the other side of the story. And here it is! An official statement from Vikas' mother Sharda Gupta will hopefully end all the speculations.

Bigg Boss punished all the contestants as Nikki Tamboli and Aly Goni broke rules. On the other hand, Vikas Gupta had an emotional breakdown

Bigg Boss 14: Vikas Gupta gets emotional while revealing ugly past; is he hinting towards Priyank?

Bigg Boss 14: Without naming the issue or individual concerned, Vikas Gupta is seen speaking about how he has been "fighting that for four-and-a-half years". He shared that he has not named this person but will now talk all about him. Well, for those who are versed with Vikas's friends, they might be aware of his friendship with Priyank Sharma that went kaput.

Bigg Boss 14: Vikas Gupta reveals 'Eijaz Khan's girlfriend cheated on him with me'

Since the beginning of the show Bigg Boss 14, Eijaz Khan has been seen talking about a girl he was in relationship with, who threatened him and his family. Now, it is revealed that the girl was actually cheating on him with Vikas Gupta.

Contestants Vikas Gupta and Eijaz Khan have a nasty fight in Bigg Boss 14 house as they drag their personal matters in show. Check out the video here:

In Bigg Boss 14, the Contestants to compete for captaincy and Rakhi Sawant's dramatic behaviour will shock housemates.

In today's episode of Bigg Boss 14, contestant Vikas Gupta and Arshi Khan were at war again during the captaincy task. On the other hand, Abhinav Shukla, Aly Goni and Rubina Dilaik locked horns as Aly supported Rahul Vaidya over Abhinav in the captaincy task.

Bigg Boss 14 Dec 21 HIGHLIGHTS: We will see the nomination task, where the contestants will take the names of the co-contestants whom they want to evict from the house. Rahul Vaidya lock horns with Rubina Dilaik, questions her authoritative nature

Bigg Boss 14: Vikas Gupta to make a smashing entry into the house but what about Sonali Phogat?

Vikas, who recently got evicted for pushing Arshi Khan into the swimming pool is all set to make a smashing entry back into Salman Khan's reality show. His entry will leave everyone happy and Arshi shocked. Well, not just him but actress-politician Sonali Phogat will become the latest celebrity to enter Bigg Boss 14 house.

In today's episode of Salman Khan's hosted Bigg Boss 14, the contestants were seen calling out Rakhi Sawant, Arshi Khan and Nikki Tamboli for using foul language in the show.

In almost every season of the Bigg Boss, there has been a housemate who has lost control after provocation and ended up resorting to violence that, in turn, cost him or her a place in the show. They were promptly shown the door.

Post eviction from Bigg Boss 14, Vikas Gupta reunited with his friend Ankita Lokhande as he shared a few 'happy pictures with her and her boyfriend Vicky Jain. See Vikas' post here: