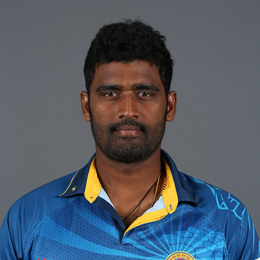 An all-rounder with fierce hitting ability to go along with accurate medium pace bowling, Perera has been part of the Sri Lankan squad since 2010. Holding hattricks in both ODIs and T20Is, Perera's excellence in one department often pours over into another. His straight six that sealed the 2014 World T20 title for his team against India remains an iconic image in the Islanders' cricket history. He would be hoping to recreate some of that magic when the World Cup begins in England.

Nidahas Trophy: Bangladesh knock Sri Lanka out to set up final against India

Watch: How a furious Shakib called his batsmen off the field just before Bangladesh's win over SL