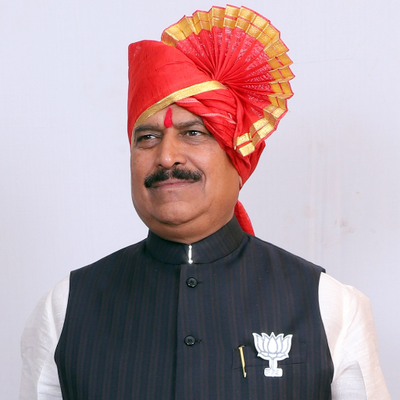 Suresh Angadi is a leader of the Bharatiya Janata Party in Karnataka. He is a Member of the 16th Lok Sabha from Belagavi. He was born to Somawwa and Chanabasappa Angadi and completed his graduation from S.S.S. Samithi College of commerce in Belgaum. Later he also graduated in Law from the prestigious Raja Lakhamgouda Law College, Belgaum. Before entering public life he used to run his own private business. A member of Bharatiya Janata Party, he became the vice president of the party's Belgaum district unit in 1996. He continued in that office till 1999. In 2001 he was nominated as the president of the district unit and continued to hold that post until he was nominated as the party's candidate for the Belagavi Lok Sabha constituency in 2004. He defeated his opponent of the Indian National Congress by a large margin and became a Member of the 14th Lok Sabha. He was re-elected to a second term as Member of Parliament in the 2009 General Elections. He was elected for a third consecutive term in 2014. Suresh Angadi is a close relative of former karnataka minister V.S.Koujalagi