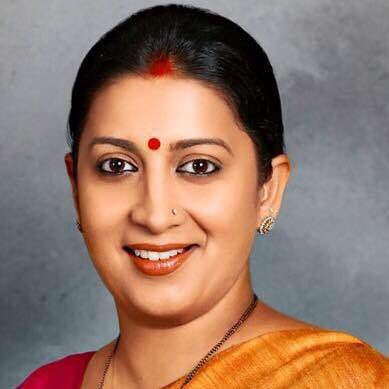 Smriti Irani is a prominent leader within the Bharatiya Janata Party (BJP). She is a Member of Parliament in the Lok Sabha, representing Amethi. In the Indian general election 2019, Smriti Irani defeated Rahul Gandhi. Gandhi's family had previously represented the constituency for four decades. Prior to this, she was a Member of the Rajya Sabha for Gujarat and held multiple portfolios as a Minister in the Government of India (GOI). Smriti Irani contested the 2014 general elections against Rahul Gandhi in Amethi constituency of Uttar Pradesh. Irani lost to Rahul Gandhi by 1,07,923 votes, a 12.32% margin. 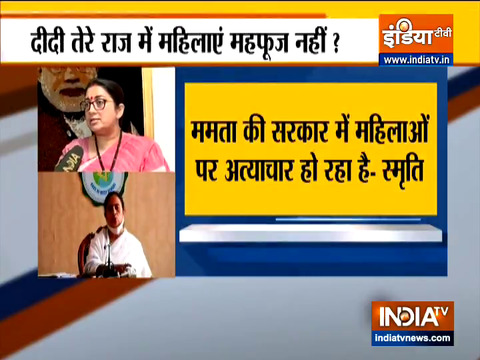 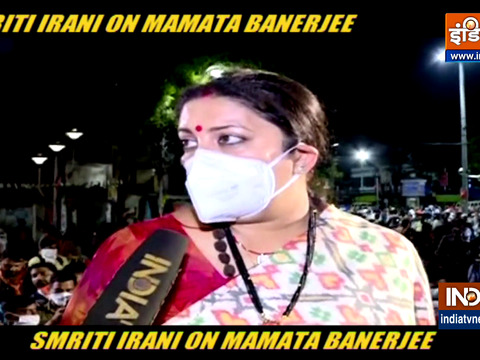 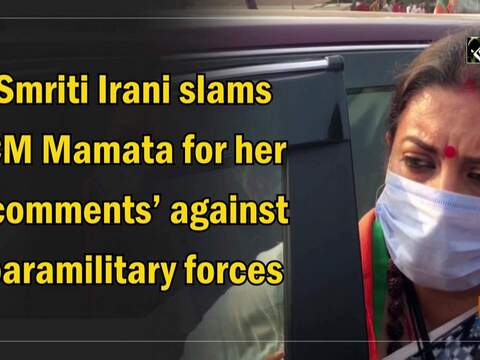 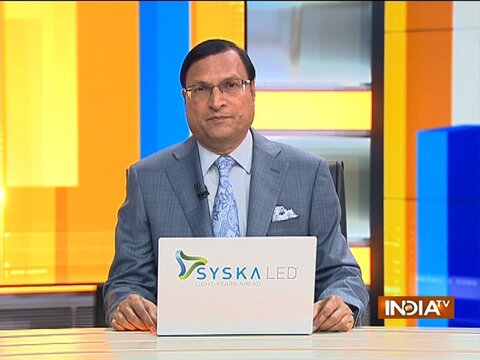 West Bengal Chief Minister Mamata Banerjee on Friday questioned whether the polling dates for the forthcoming election in the state have been set to suit the Bharatiya Janata Party (BJP).Watch this and more on Aaj Ki Baat with Rajat Sharma. 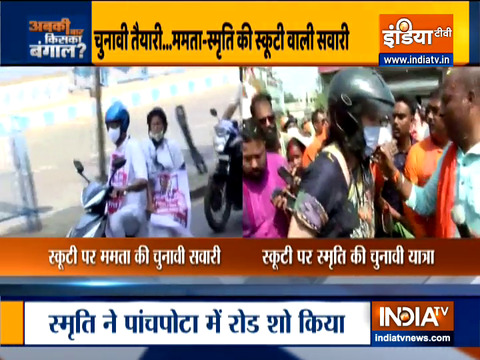 West Bengal: Union Minister Smriti Irani rides a scooty during a roadshow of BJP, in Panchpota. 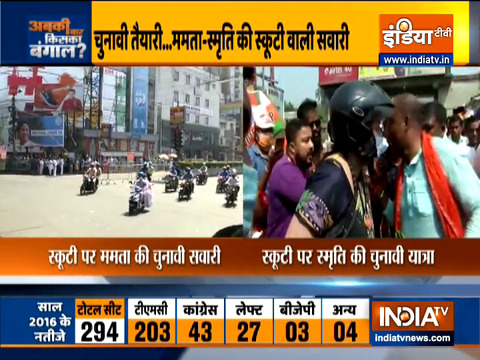 Bengal CM Mamata Banerjee on thursday rode scooty to register her protset against hike in petrol and diesel prices. After Mamata Banerjee, BJP leader Smriti Irani rides a scooty today in Bengal for her road show. 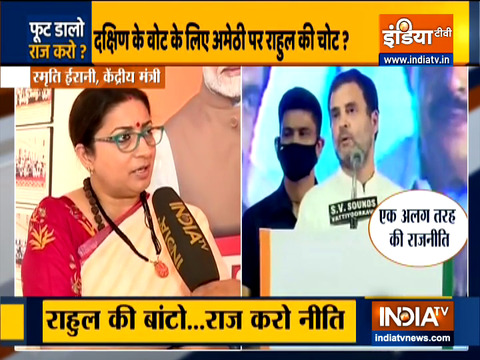 Bharatiya Janata Party (BJP) leaders have launched a no-holds-barred attack on Congress leader Rahul Gandhi over his controversial 'North vs South' remark made in his home constituency Wayand in Kerala. The leader accused him of being an 'opportunist' and alleged that he belittled north Indians during a speech delivered in Kerala. 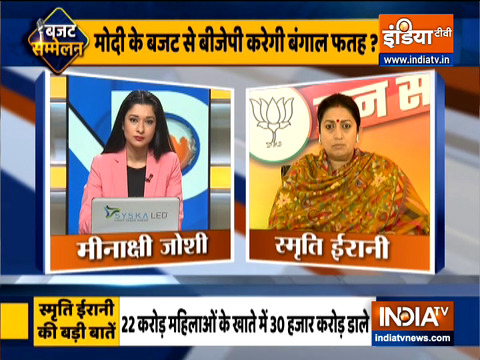 In an Exclusive Interaction with India TV on special show Budget Sammelan 2021 Union Minister Smriti Irani slams Mamata Banerjee for making false allegations against the Modi government. Smriti Irani said 'I want to ask her if she was so worried the poor and aam aadmi, why West Bengal has not implemented Ayushman Bharat Scheme till now'. 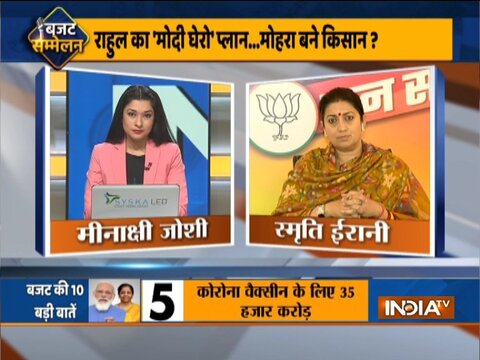 Budget Sammelan 2021: 'The Budget should not be seen from a narrow point of view' says Smriti Irani

In an Exclusive Interaction with India TV on special show Budget Sammelan 2021 Union Minister Smriti Irani slams opposition for trying to confuse people over the budget 2021. Smriti Irani said 'The Budget should not be seen from a narrow point of view. I am unable to understand why the Opposition is complaining when the Budget has not put any new burden on the aam aadmi'. 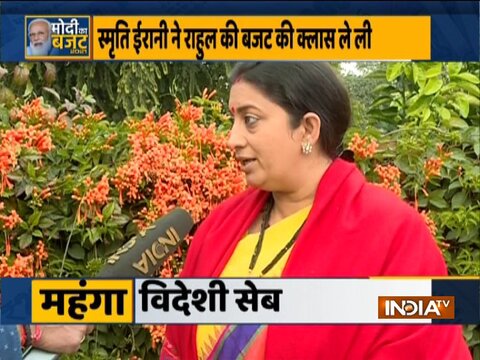 This budget has been presented in an extraordinary circumstances and covers every sector: Smriti Irani

In an exclusive talk with IndiaTV, BJP MP Smriri Irani said that, this budget has been presented in an extraordinary circumstances and amidst these circumstances, today's budget is going to show India's confidence. 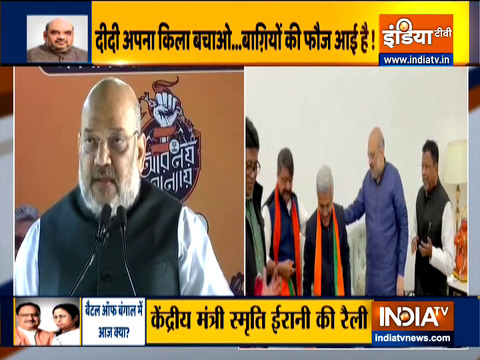 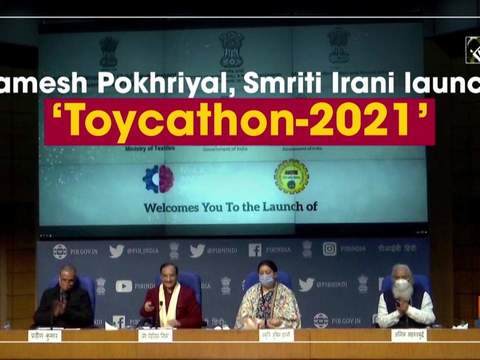 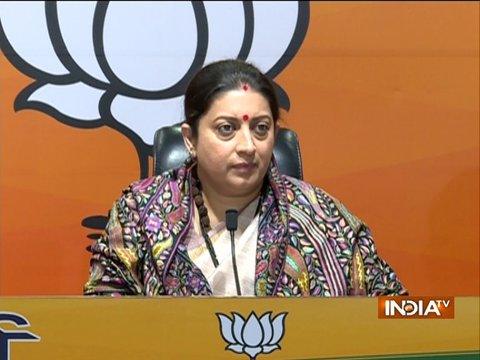 In Arunachal Pradesh, BJP has won 187 Zilla panchayats out of 242 Zilla panchayat seats. The party also registered victory in over 6,450 gram panchayats, and in Pasighat Municipal Council elections where Congress won only two seats: Smriti Irani 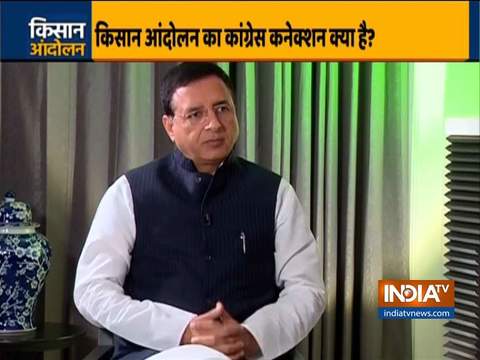 This is a matter of life not of politics: Randeep Hooda on Farm laws

In reply to BJP's allegations on Congress of supporting farmers protest for their own benefits, Senior leader Randeep Hooda said that farm laws is a matter of life not of politics. Watch what all he said to India TV in an exclusive interview. 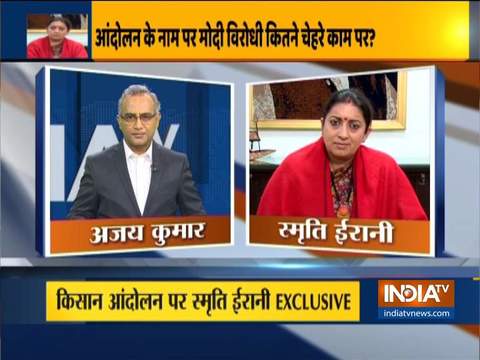 Senior BJP leader and Union minister Smriti Irani on Friday came down heavily on the Congress and the Aam Aadmi Party for spreading misinformation over farm laws. 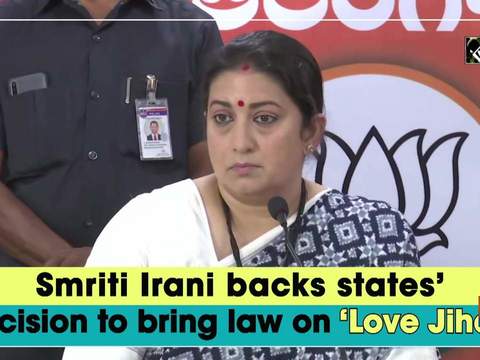 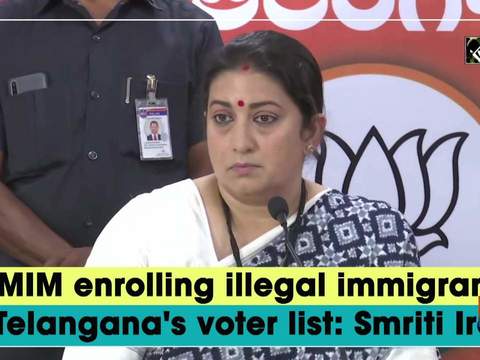 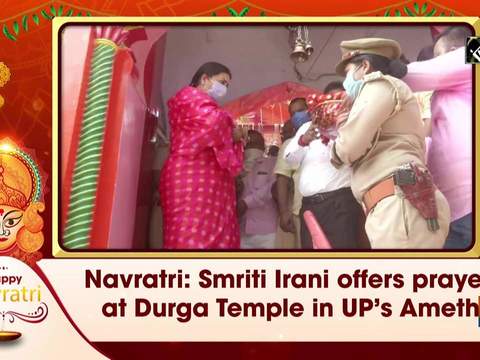 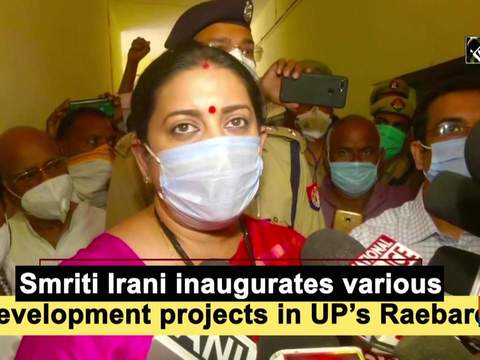 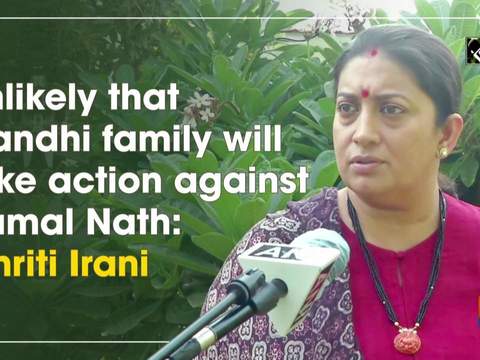