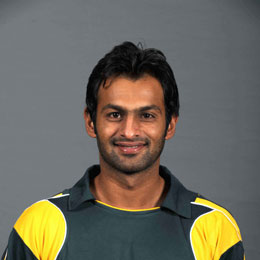 Shoaib Malik is one of the most consistent Pakistan players to ever play the game. He made his debut in 1999 against West Indies in One day Internationals where he didn't get chance to bat but he picked two wickets with the ball. He has played every role in Pakistan team from captain to middle order batsman, lower order pinch hitter to the specialist spinner for some time. He started his career as an off-break bowler, but his batting skills make him the incredible Pakistan start that he is today. Malik's consistency in sub-continent helps him survive in all the stages of his career. He tasted mixed rate in his captaincy tenure for the national team.