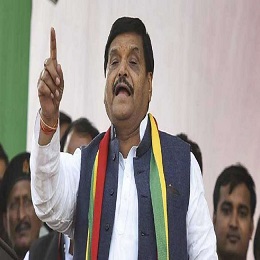 Born in Etawah, Uttar Pradesh, Shivpal Yadav is the leader of Pragatisheel Samajwadi Party (Lohia). He is the uncle of former Uttar Pradesh Chief Minister and Samajwadi Party president Akhilesh Yadav, and is the younger brother of of Samajwadi Party founder Mulayam Singh Yadav . He graduated from KK Degree College, Etawah (Kanpur University) in 1976 and went on to Lucknow University to pursue his Bachelor of physical education which he completed in 1977. Shivpal Yadav first became the Member of Legislative Assembly in 1996 from the Jaswantnagar Assembly constituency. Later in 2003, Yadav became a cabinet member in the UP government headed by Mulayam Singh Yadav. Under Akhilesh Yadav's government, Shivpal Yadav was made cabinet minister again in 2012. In 2009, when the then UP SP president passed away, Shivpal was appointed the president. He was also appointed as the Leader of the Opposition when Mayawati was the chief minister. In 2016, the leader was appointed as the Samajwadi Party state chief. However, he resigned days later from all the party posts and ministerial berths held by him in the Uttar Pradesh government due to internal party feuds. After leaving the Samajwadi party, Shivpal Yadav founded the Pragatisheel Samajwadi Party to retain socialist values in August 2018. Ahead of the 2022 UP elections, Shivpal Yadav said that his party's priority is to form an alliance with the Samajwadi Party, saying that it should be allotted 100 seats. Earlier this month, Akhilesh Yadav also said that he would be working to join hands with Shivpal Yadav on Mulayam Singh's birthday.