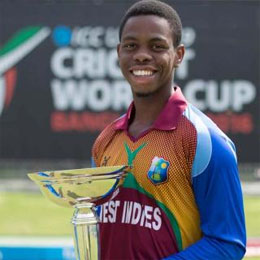 The left-handed flamboyant batsman is one of the most promising talents in West Indies cricket. In the initial stage of his career, Hetmyer’s attacking batting grabbed everyone’s attention. Hetmyer is a part of Windies squad in all three formats, but he is more effective in the limited-over cricket because of his batting style. The Guyana-born batsman made his international debut against Pakistan in a Test match in 2017, in which he scored 11 and 20 in the successive innings. Hetmyer’s ODI debut against New Zealand in the same year also didn’t go according to the plan as he was dismissed for mere 20 runs. The series that made him star came against India in 2018, when he scored the century in first ODI followed by a nervous 90’s cameo in the second.