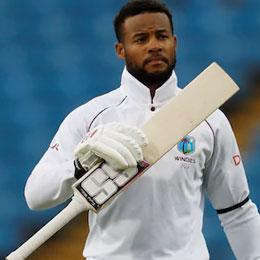 Shai Hope is currently the most complete batsman in Windies’ line up. He has every cricketing shot under his belt and has the capability to play long innings against a quality side. He made his debut at the age of just 21 while he played only 14 first-class matches at that time. He was called to play the Test match against England in 2015. In the 2014-15 first class season, he scored 628 runs in nine matches and gained selectors attention. Hope entered the big-league players against India in the 2018 ODI series where he scored an outstanding century that helped Windies pull-off a tie at the very last ball of the match.