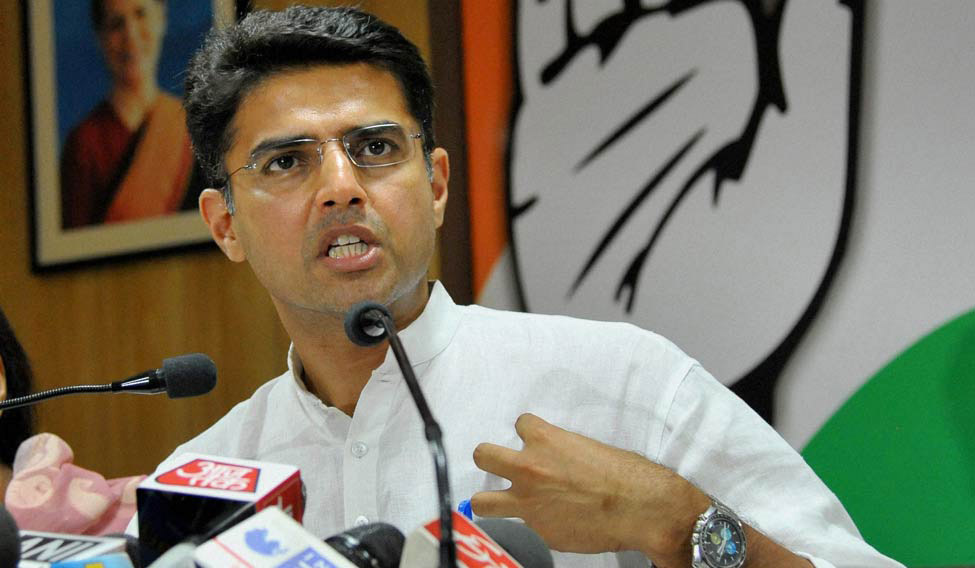 Sachin Pilot is the deputy chief minister of Rajasthan. Born on September 7, 1977, Sachin Pilot represents Tonk constituency in Rajasthan Assembly. He defeated BJP's Yoonus Khan in the Assembly poll. He was a member of Parliament representing the Ajmer constituency at the 15th Lok Sabha. Sachin Pilot, who is Rajasthan Congress president, was born in Saharanpur, Uttar Pradesh. He holds a BA degree from St. Stephens College, University of Delhi, a diploma in marketing from IMT. Ghaziabad and an MBA from the Wharton School of the University of Pennsylvania, Philadelphia, USA. Sachin, son of late Congress leader Rajesh Pilot, had won the 2009 Lok Sabha election by defeating BJP's Kiran Maheshwari by a margin of 76,000 votes in Ajmer. 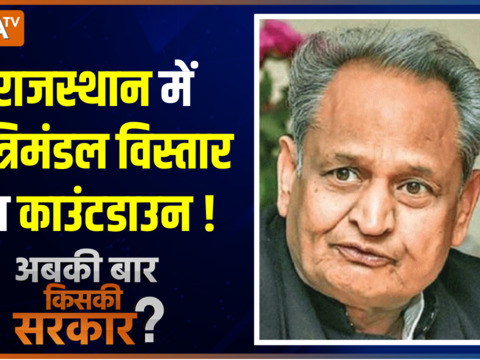 The meeting of Rajasthan cabinet minister has ended. In the meeting, the resignations of all the 21 ministers have been accepted. New ministers may be sworn in tomorrow. 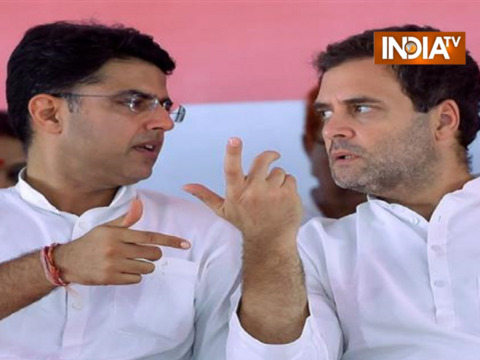 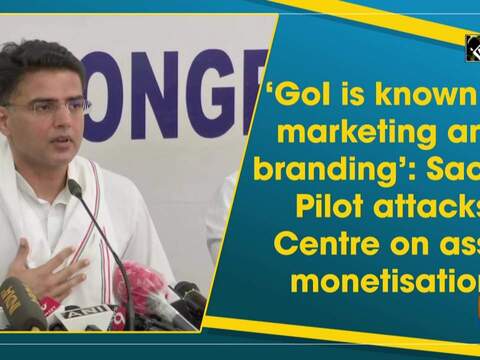 Congress leader Sachin Pilot on September 1 slammed the Central Government over its National Monetisation Pipeline policy. He said that the Centre only believes in "marketing and branding". 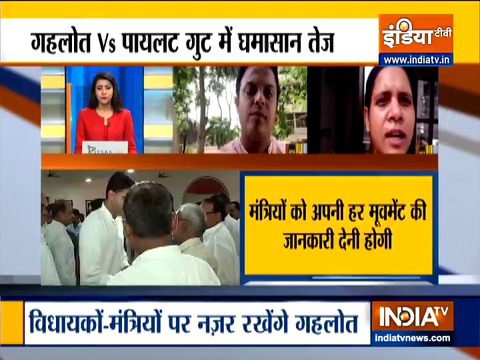 The rumblings in Rajasthan continue to hamper the Congress party and its prospects in the state partially after Sachin Pilot made it clear that the panel that was formed to clear the differences between Pilot camp and Gehlot camp has failed to do it. 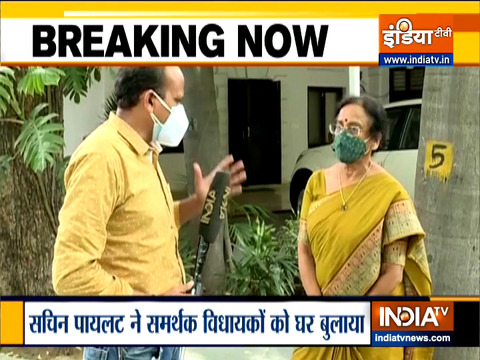 Reports of internal infighting within the Congress' Rajasthan unit have been doing the rounds for weeks. It is believed that former deputy CM Sachin Pilot has conveyed his concerns to the party high command. Pilot told the leadership that he and other MLAs belonging to his camp are being targeted and sidelined by Gehlot despite assurances from the Gandhis last year. 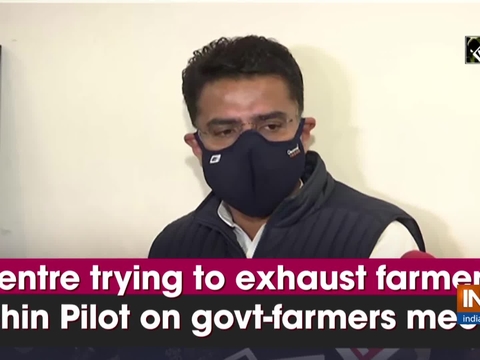 Congress leader and MLA from Tonk Sachin Pilot on January 20 reacted on farm laws and farmers' protest at Delhi borders. He slammed Centre by meeting with farmers' leaders by saying that the government is trying to exhaust farmers. He emphasized that Congress is standing with farmers in their protest. Farmers of different states are protesting at Delhi borders against Centre's newly enacted farm laws. 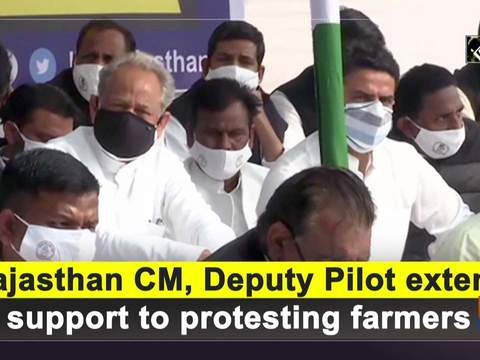 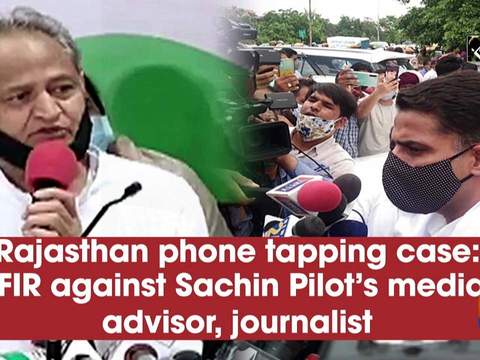 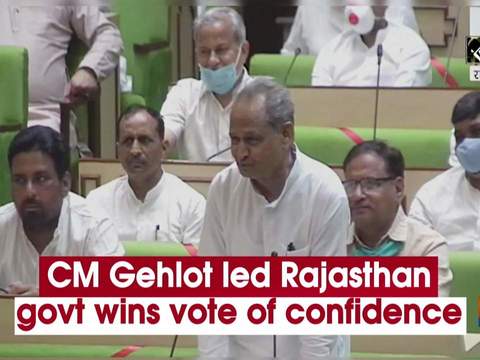 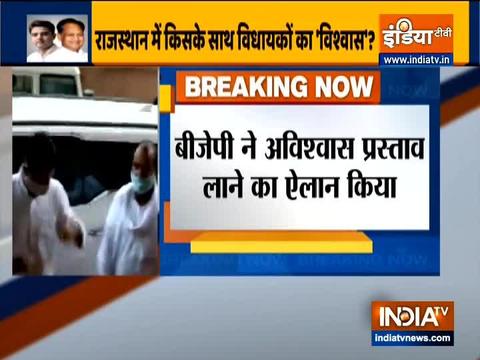 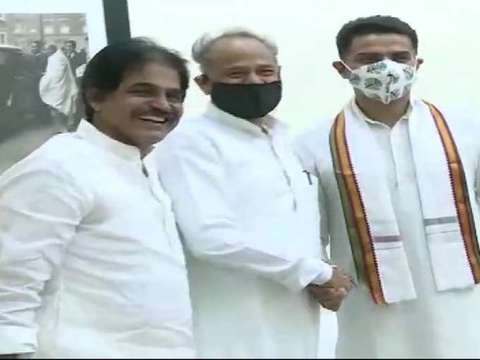 Rajasthan: Sachin Pilot meets Ashok Gehlot at his residence ahead of CLP meeting 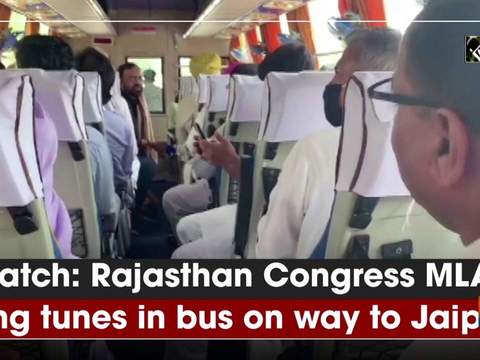 Congress MLAs who stayed at Suryagarh hotel in Jaisalmer sung songs on-board a bus on August 12.

Congress leader Sachin Pilot held a press conference in Jaipur on August 11, after his interaction with top brass of Congress party a day before.

There is no place for malice or personal enmity in politics: Sachin Pilot

Ashok Gehlot ji is elder to me & I respect him personally but I have the right to raise work-related concerns: Sachin Pilot on Gehlot's 'nikamma' remark against him 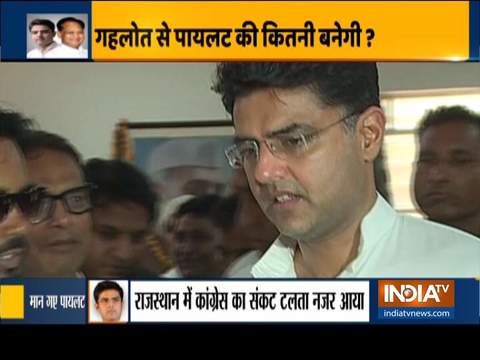 After meeting Rahul Gandhi and Priyanka Gandhi and on being assured by the party that the issues raised by him and his camp of MLAs will be resolved, Sachin Pilot returned to Congress and said he had never hankered for any post and was only raising ideological issues. 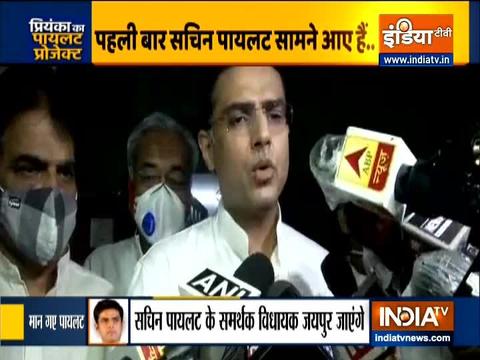 There is no place for personal malice in politics: Sachin Pilot

Amid political tussle in Rajasthan, Congress rebel leader Sachin Pilot on Monday said that he is not greedy for any post in the party or the Rajasthan government, but he fought completely for his own self-respect. 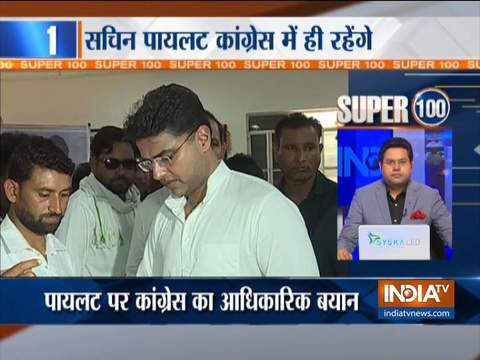 This is your daily dose of news from India and across the world in less than 10 minutes, only on India TV Super 100 show. 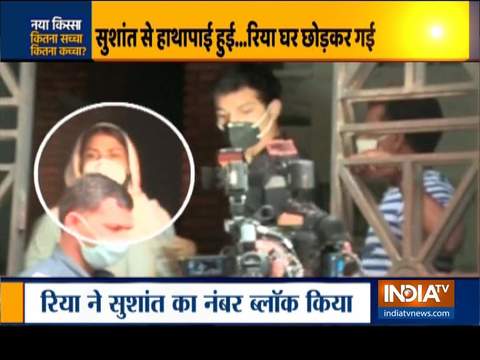 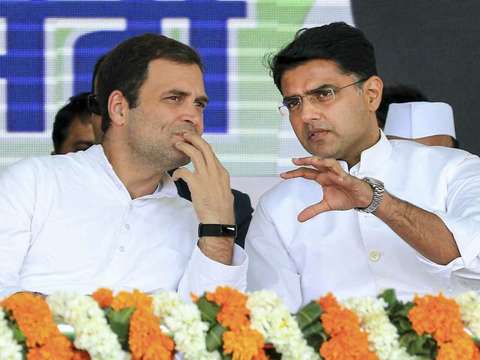 Sachin Pilot will remain in Congress

Sachin Pilot will remain in Congress, said the part on Monday after the rebel leader met with Rahul Gandhi, Priyanka Gandhi Vadra in New Delhi. 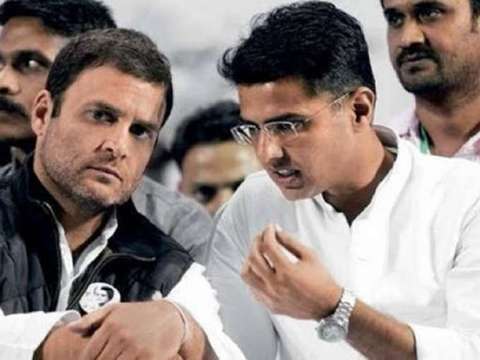 Sachin Pilot, the former Rajasthan deputy chief minister who triggered a breakaway from the ruling Congress in the state, reached out to the party leadership in Delhi and held a meeting with Rahul Gandhi on Monday.