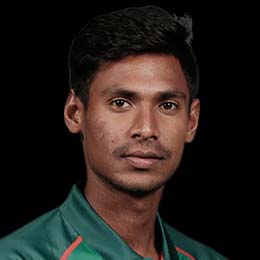 A southpaw Bangladesh required and Mustafizur Rahman was the player. He grabbed headlines when he became the second bowler in ODI history to pick up two five-wicket hauls in his first two matches and the only bowler to collect a total of 11 wickets in his first two games, racking up 13 in three ODIs. Since bursting onto the scene in the U-19 performances. His performances did not go unnoticed as his pace made an impact in first-class cricket for Khulna. He made his T20I and ODI debut in a series against Pakistan in 2015. His performances brought him a contract with Sunrisers Hyderabad in the Indian Premier League and later on, he signed a contract County's Sussex for the T20 Blast competition.

Bangladesh rode on a gritty 99 from Mushfiqur and an impressive show by the bowlers to make the final of the Asia Cup 2018.