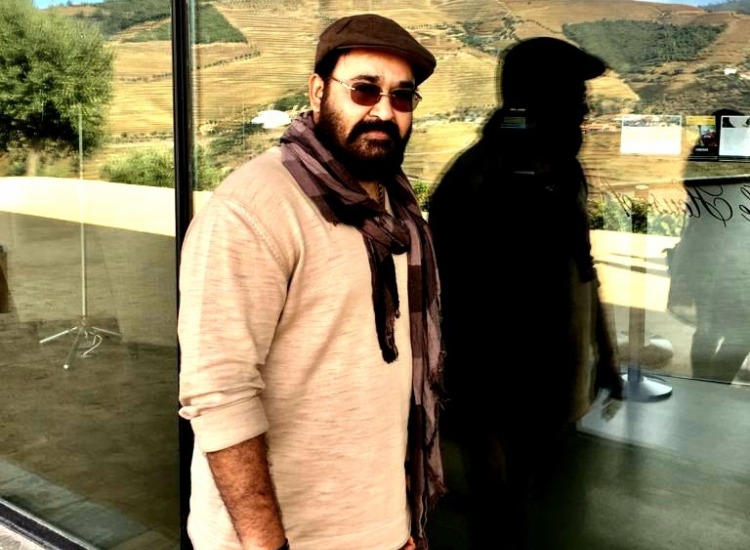 A popular actor, producer and playback singer who majorly works in Malayalam cinema, Mohanlal Viswanathan aka Mohanlal, have a glorious career spanning four decades. He has acted in more than 300 films and has been awarded with national Film award for Best Actor.

Taking to Twitter late Tuesday evening, Amitabh Bachchan wished Mohanlal for his new journey. For those unversed, Bachchan and Mohanlal have previously worked in Ram Gopal Varma's 'Aag' (2007) and the 2010 Malayalam drama 'Kandahar.'

Nagarjuna Akkineni received his first dose of Covid-19 vaccination on Wednesday. The actor shared the news with fans on his social media accounts.

Director Jeethu Joseph who is currently soaking in the success of his recently released film Drishyam 2 received a pleasant surprise from Baahubali director SS Rajamouli. Rajamouli sent a long personal text to Jeethu Joseph regarding his film. In his message, he was all praises for the film and called it a masterpiece.

Mohanlal on Drishyam 2: It was not easy to play George Kutty

Malayalam superstar Mohanlal, who's film Drishyam 2 released recently, confessed that there were a few scenes in the film which were challenging for the actor. Mohanlal, who played the role of George Kutty in the film, said that these scenes required him to not show any emotions, which was tricky.

The latest addition in the list of COVID-19 vaccine recipients is the name of Malayalam superstar Mohanlal was on Tuesday administered with the COVID-19 vaccine at Amrita Hospital, Kochi. The information about the same was shared by the hospital administration as well as the Drishyam 2 actor on social media.

Mohanlal-starrer 'Marakkar: Lion of the Arabian Sea' to release in May

Superstar Mohanlal's one of the most anticipated films, "Marakkar: Lion of the Arabian Sea", helmed by long-time collaborator filmmaker Priyadarshan, is scheduled to have a worldwide theatrical release on May 13.

The Jeethu Joseph directorial Drishyam 2 has been successfully winning hearts ever since its release and has earned the OTT Blockbuster status. At a media interaction in Kerala director Jeethu Joseph confirmed that he has written a magnificent climax for Drishyam 3.

Bollywood icon Amitabh Bachchan on Tuesday tweeted to tell fans he has received a very special gift. Malayalam superstar Mohanlal sent across a book of written and illustrated by his daughter Vismaya. Titled Grains Of Stardust, the book contains poems and paintings. Big B took to twitter to share his appreciation.

Director Jeethu Joseph, who directed Malayalam movie 'Drishyam 2', has teamed up with Telugu superstar Venkatesh to make the Tollywood remake of the film. Venkatesh will be seen playing the lead role of Georgekutty which was played by Mohanlal in the recently released Malyalam thriller.

Mohanlal's directorial debut Barozz to go on floors in March

Superstar Mohanlal is set to begin the shooting for his directorial debut "Barozz" in March, cinematographer-filmmaker Santosh Sivan announced on Sunday. The film is billed as a big-budget 3D fantasy project and would reportedly feature an international cast, with actors from Spain, Portugal, Ghana and America.

The Jeethu Joseph directorial Drishyam 2 has been successfully winning hearts ever since its release. The film is being praised by both the critiques and the fans. Recently, in an interview with Manorama New producer Antony Perumbavur had spill beans on the making of Drishyam 3.

Malayalam superstar Mohanlal's much-awaited film Drihsyam 2 has finally released on Amazon Prime Video on Friday. While fans are going gaga over its intelligent writing and stellar performances, they miss watching the crime-thriller in the theaters. Many have taken to Twitter to express that Drishyam 2 should have released in cinema halls and it is a missed chance at a blockbuster box office collection.

Superstar and lead actor of 'Drishyam 2' Mohanlal gave fans yet another reason to cheer today by unveiling the mesmerizing track 'Ore Pakal.' Written by Vinayak Sasikumar, sung by Zonobia Safar and composed by Anil Johnson, this beautiful song is picturized on the lead actors Mohanlal and Meena. It beautifully captures the journey of Rani George (Meena) and the emotions she is going through.

With Mohanlal starrer 'Drishyam' making a name for itself in the genre of crime thrillers, fans of the franchise are in for a treat as Drishyam 2 directed by Jeethu Joseph is releasing on 19th February, on Amazon Prime Video. But before that, we list down 5 reasons that make Drishyam one of the popular franchises loved all around the world.

Mohanlal: You can't take your career for granted & let arrogance get in way

Even after several blockbuster films across four decades, superstar Mohanlal says he still feels the pressure to deliver, a feeling that has not let him take his success for granted.

Malayalam superstar Mohanlal says Drishyam 2 will take forward the legacy of the franchise, dispelling all theories and answering all questions. The trailer of the film was launched on Saturday.

The third season of Malayalam Bigg Boss is all set to be launched soon.

On Tuesday, Malayalam superstar Mohanlal took to social media and shared a video in which he gave a glimpse of what his workout routine looks like. From stretching to hitting at the gym or pulling weights or strengthening his core, the Lucifer star does it all. The video grabbed the attention of his fans so much so that within two hours it hit over 25,000 likes and 1,600 shares.

The highly-anticipated Malayalam thriller Drishyam 2, starring superstar Mohanlal, will have its global premiere on Amazon Prime Video in 2021, the streamer announced on Friday.

Superstar Mohanlal, in the first look poster of 'Aaraattu,' can be seen in a super stylish avatar stepping out from his car. The first look left his fans impressed for the Unnikrishnan directorial. The picture was shared by none other than the actor himself and as soon as it came out, a lot of his fans praised it with hashtags #Mohanlal and #Aaraattu on Twitter.