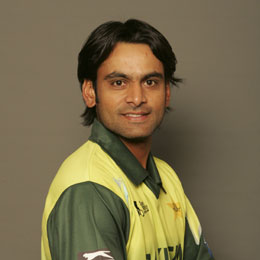 The opening batsman made his international debut against Bangladesh in 2003 whether he scored only 2 runs in the first innings followed by a 50 in second but he cemented his place as a regular after 2011. He had been an integral part of the Green Army till now because of his excellent command over bat and ball. Alongside Saeed Ajmal, at one time he was one of the key spinners of the Pakistan team but later his bowling got under a lot of scanners that led to his downfall with the ball. But his class with batting stays permanent, he is one of the solid openers in Pakistan to play the game, he was also tried by Pakistan team management in middle order for some time but opening position remained suitable for him. Hafeez career got a downfall in 2017 but he made a strong comeback in Test team with a century against Australia in 2018.