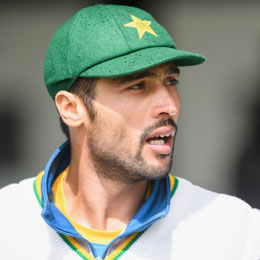 Mohammad Amir was once taunted as the next Wasim Akram of Pakistan cricket but the match-fixing scandal in 2011 puts a short break on his promising career but he came back stronger in 2016 and make a name for himself again. In 2009 with an impressive performance in the domestic circuit with his 140+ pace and swing. He took 55 wickets for National Bank of Pakistan in his first season and earned selection in the Pakistan World T20 squad. He has not tasted the same amount of success in Test cricket that he got in limited overs format, but he still remains one of the most feared left-arm fast bowler in world cricket. In the 2017 Champions Trophy final against arch-rivals India his opening spell put the trophy out of India's reach. Defending 338, he plumbed Rohit Sharma in the first over and then took Indian skipper Virat Kohli's wickets to break Indian fans heart.