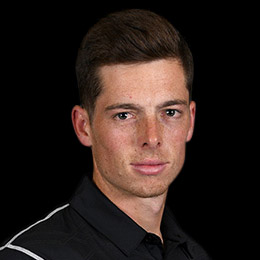 Mitchell Santner burst into the scene once Daniel Vettori retired and has been filling his shoes with his impressive perfomances as an all-rounder that New Zealand need. Having played only 19 List A mathes, the selectors saw potential and immediately brought him into the senior team where he made his debut for the Blackcaps in 2015 against Australia at the Oval. It was when he was selected for the tour of England, in the first game itself, he made an impact not with the ball, but with the bat as he scored 27 and 94 in the two innings. He also made his ODI debut in the same tour and despite New Zealand lost the series 2-3, Satner was one positive in a long term prospective. Considered as the next Vettori, Satner has grabbed his chances and has been living upto the expectations. His skills saw him play for Chennai Super Kings in the Indian Premier League as well.

MS Dhoni scored a match-winning 58 off 43 balls but also charged towards the umpire from the dugout after a no-ball was cancelled in the last over.