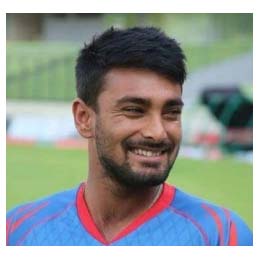 The Wicketkeeper-batsman is a star in the making for Bangladesh and made his name known when he struck his maiden ODI century against India in the 2018 Asia Cup. On being the 'next big thing' in Bangladesh cricket, Liton Das has come a long way to be a part of the senior team. In the U-19 squad for Bangladesh, he hammered 239 runs in just four innings and continued his fine form in domestic cricket as well. Das made his Test debut against India in 2015 and hit a fine 44 of 45 and registered his maiden half-century against South Africa. His performances in the limited-overs have been dissapointing, however, his stats in red ball cricket is something to talk about.