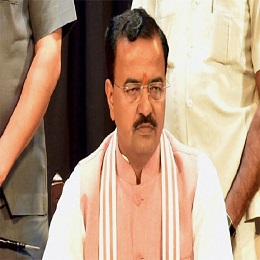 Keshav Prasad Maurya is a prominent leader from the Bhartiya Janata Party and is the deputy CM of Uttar Pradesh. Born on May 7, 1969, he contested the 2014 Indian general elections from the Phulpur parliamentary constituency of Allahabad district and won it. He will contest the upcoming UP polls from the Sirathu constituency. He has been associated with the Rashtriya Swayamsevak Sangh (RSS) and the Vishwa Hindu Parishad (VHP)-Bajrang Dal from an early age, holding the posts of Nagar Karyawah and VHP Pranth Sanghathan Mantri, among others. Maurya shares the deputy CM post of UP, with Dinesh Sharma, as there are two deputy CMs in the state. Maurya recently made headlines with his tweet, "Mathura ki taiyari hai", which also got a response from an opposition leader from BJP's rival party Samajwadi Party chief Akhilesh Yadav. 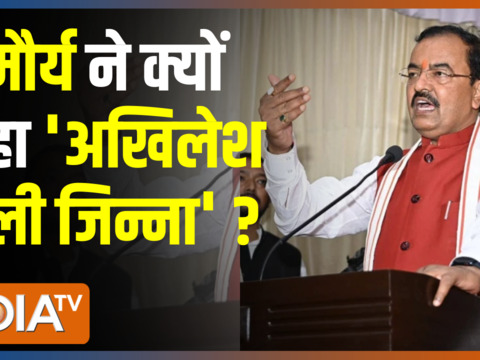 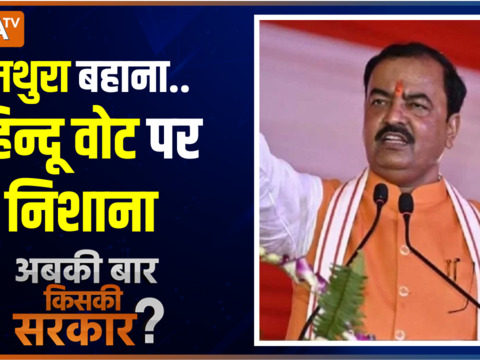 Abki Baar Kiski Sarkar: Entry of Mathura in UP polls, are Hindu votes the target?

UP Deputy CM Keshav Prasad Maurya in his statement today talked about Mathura, Kashi and Ayodhya. He said that he wants to see a temple on Krishna Janmabhoomi in Mathura. Is BJP targeting Hindu votes with such a statement? 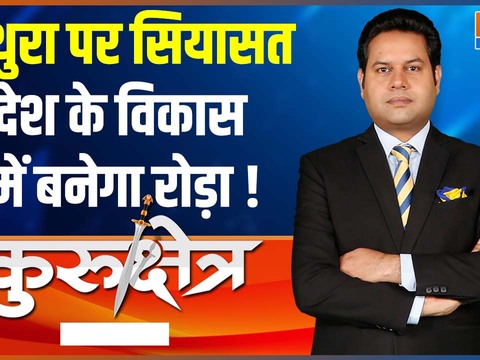 In what could have a significant impact on Uttar Pradesh Assembly election 2022 campaign, Deputy CM Keshav Prasad Maurya on Wednesday dropped a hint that Mathura could be at the center of BJP's UP campaign. Watch Kurukshetra with Saurav Sharma. 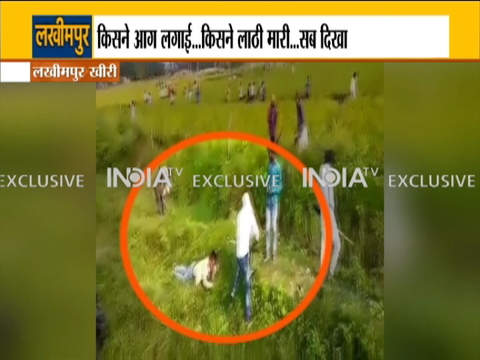 Lakhimpur Kheri violence is making rounds in the news since last evening. However, what instigated the clashes? Watch exclusive ground report of India TV. 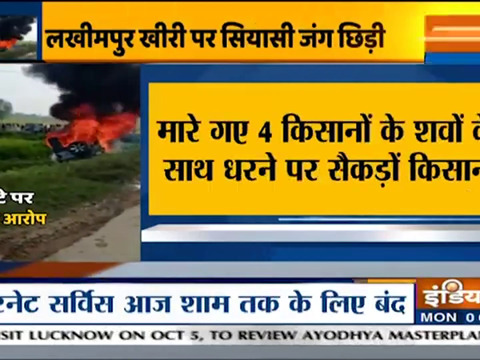 Lakhimpur: 8 killed including farmers in violence 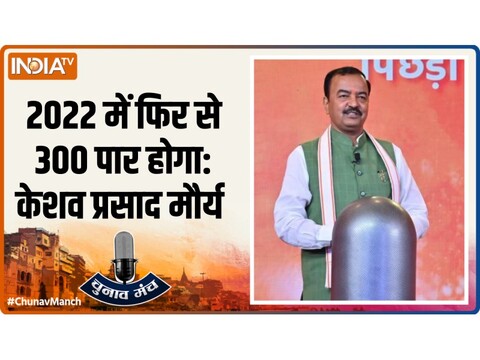 Uttar Pradesh Deputy Chief Minister Keshav Prasad Maurya has exuded confidence that the Bharatiya Janata Party (BJP) will repeat 2017 success in the state in the next year's Assembly polls. In 2017, we said "300 paar" (more than 300). This time again, we are saying (300 paar). 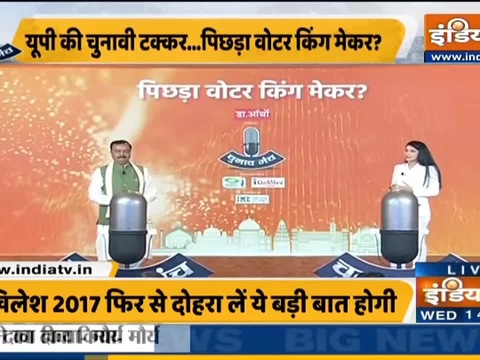 Uttar Pradesh Deputy Chief Minister Keshav Prasad Maurya said that, "Society believes that BJP works on the principle of 'sabka sath sabka vishwas'. He said that the ones who opened fire at Ram Sevaks are today visiting temples." 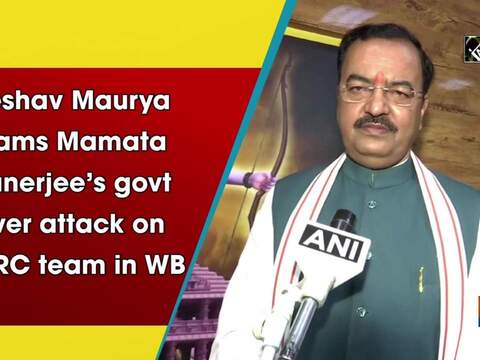 Uttar Pradesh's Deputy Chief Minister Keshav Prasad Maurya, while speaking to ANI expressed his concern over the NHRC attack on West Bengal and slams over the lawless conditions of state, adding on this he said, "West Bengal has no law and order, only Trinamool Congress goons can rules the state. 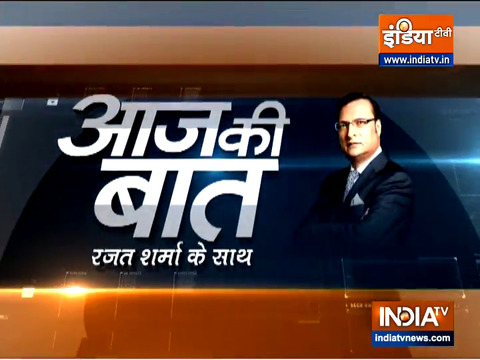 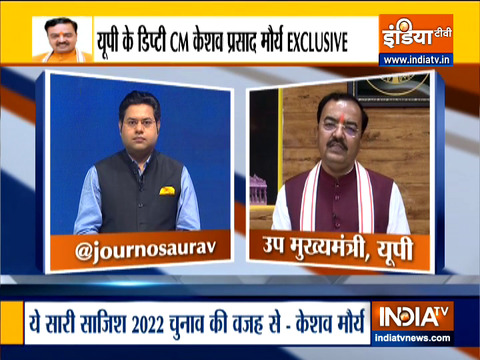 In an exclusive talk with IndiaTV UP Deputy CM Keshav Prasad Maurya responded to various issue that are happening in state these days ahead of UP Polls that are to take place next year. 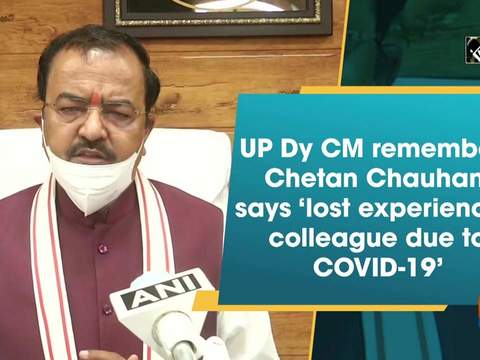 Former Indian cricketer Chetan Chauhan passed away on August 16. The 73-year-old Chauhan, who was also a Cabinet Minister in Uttar Pradesh government, was admitted at the Sanjay Gandhi PGI Hospital in Lucknow after testing COVID-19 positive. 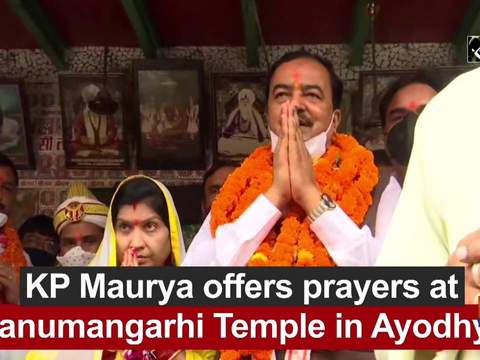 Have full confidence that Lotus will bloom in Phulpur, says Keshav Prasad Maurya

Ayodhya's development and Ram Mandir are different issues, it should not be mixed : Maurya