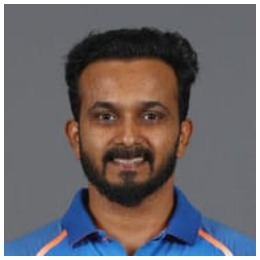 With a 29-ball fifty for Delhi Daredevils on his Indian Premier League (IPL) debut in 2014, Kedar Jadhav made his identity as an attacking middle-order batsman. Honing his skills further, he played a lot of domestic cricket to earn a tag of a utility batsman in the twenty-over format. However, it is his newly learned skill of off-spin that assured him a concrete place in the Indian national cricket team. With his low bounce, the Maharashtra off-spinner has given Team India a breakthrough a lot many times. He played his first ODI match against Sri Lanka at Ranchi on November 16, 2014. Though Jadhav had to toil hard to make his debut in the Twenty20 International cricket. It came in July, 2015, during India’s tour of Zimbabwe. Jadhav couldn’t impress much on his debuts but an IPL stint with India captain Virat Kohli in the camp of Royal Challengers Bangalore (RCB) helped him get the best out of his skills.

1st ODI: Dhoni and Jadhav keep their cool to give India 1-0 lead against Australia

Witness how the Hyderabad game panned out in pictures.

Kedar Jadhav and Bhuvneshwar Kumar picked up three wickets apiece and never allowed their rivals to get back on their feet.