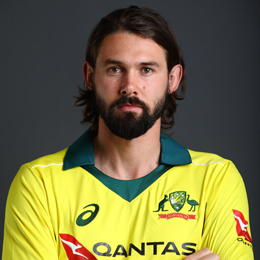 A bowler who promised a lot but failed to deliver as much, Kane Richardson keeps going in and out of the Australian team due to his inconsistent performances. Having long established himself as a white-ball specialist, the bowler from South Australia possesses all the weapons including pace and an accurate yorker but has failed to maintain his place in the side due to sporadic bursts of his best.