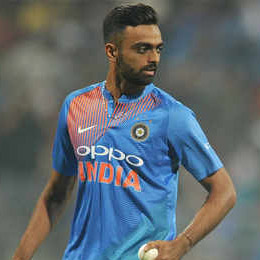 Jaydev Unadkat was the India's strike bowler during Under-19 World Cup 2010 , which helped him to get his first IPL contract. It was a dream come true for him when he was the surprise inclusion in Indian team of South Africa tour in 2010, but the inexperienced bowler was on African batsman radar. After that he lost his touch and was part of many IPL franchises , but the 2017 IPL season strikes for the left-arm bowler. It changed his career completely, he picked up 24 wickets in just 12 matches.Rajasthan spent a huge amount on Unadkat in 2018 auction by picking him for massive 11.5 Crore.