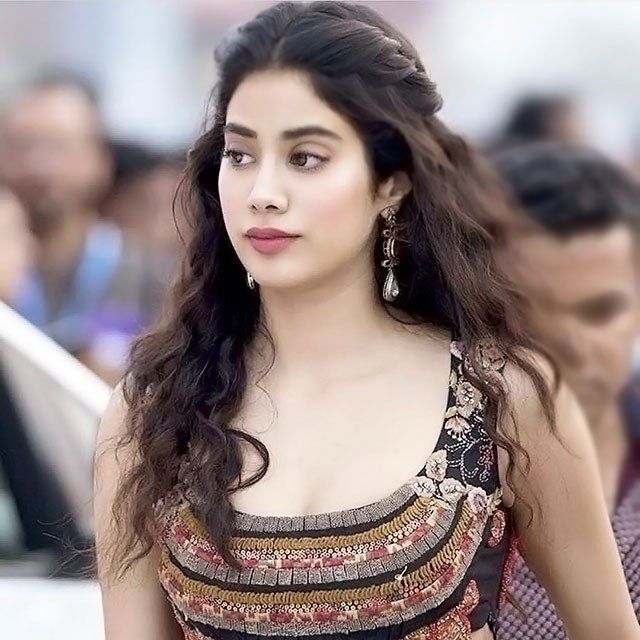 Janhvi Kapoor is a budding Bollywood actress and daughter Sridevi and Boney Kapoor.

Arjun Kapoor took to his Instagram handle and gave dad Boney Kapoor a warm shoutout. Sharing the filmmaker's picture, he jokingly said in the caption, "So this happened. Dad is finally on Instagram to keep track on all his kids & to show the world his rather fashionable side…@boney.kapoor1."

Janhvi Kapoor took to Instagram, where she shared the video. In the clip, the actress re-enacted the entire scene, which originally was a fight between contestants Shonali Nagrani and Pooja in 'Bigg Boss'. The clip shows Janhvi, who is dressed in a blue top paired with white shorts, kicking an object which hits Lynn.

Janhvi Kapoor recently shared some pictures from the sets of her upcoming film 'Milli' and stated that she has wrapped up filming her ‘first film with papa’ Boney Kapoor. Apart from this, Janhvi Kapoor has a slew of interesting projects lined up for her.

Rajkummar Rao and Janhvi Kapoor who were last seen together in Hindi horror-comedy, Roohi are once again reuniting for Karan Johar's upcoming film. Titled, 'Mr and Mrs Mahi' the film will feature the actors in the lead role. It will be directed by Gunjan Saxena fame, Sharan Sharma

Janhvi Kapoor and her younger sister Khushi Kapoor have shared glamourous pictures from their Dubai vacation. However, what caught our attention is Janhvi's funny caption.

Janhvi Kapoor is the most relatable elder sibling in her latest post. The actress who recently celebrated her father Boney Kapoor's birthday was clearly annoyed with him. She shared the same in a hilarious post that features Sanjay Kapoor and Khushi Kapoor.

Janhvi Kapoor shared a series of pictures of herself posing on an ATV with sister Khushi Kapoor. "Dessert in the desert," she captioned it. Her rumoured ex-boyfriend, Shikhar Pahariya commented on the post, "Mashallah."

Janhvi Kapoor and Khushi Kapoor celebrated the latter's 21st birthday recently. Dressed in pretty pink dresses the sibling duo looked stunning, to say the least. Check out pictures from their intimate rooftop birthday bash with a group of close friends.

Sara Ali Khan gets trolled after she shares pics with Janhvi Kapoor from Kedarnath. Here's why

Actress Sara Ali Khan faced backlash after she posted pictures with Janhvi Kapoor from their trip to Kedarnath shrine. Her father Saif Ali Khan's name is also being dragged by the miffed netizens who are attacking her for visiting the temple despite being a Muslim. However her fans have been extending support online.

Janhvi, Khushi Kapoor ooze glam as they pose in pink for latter's birthday

Fans are quite impressed to see the two actors Janhvi Kapoor and Sara Ali Khan praying at the holy place of Kedarnath.  "Beautiful souls," wrote a fan.

Actress Janhvi Kapoor shared some stunning pictures of snowy mountains and rainbows from the picturesque locations on Monday (October 18).

The tattoo is in Janhvi Kapoor's late mother Sridevi’s handwriting, who lovingly called her ‘Labbu’. Watch the video of Janhvi as she gets the tattoo done.

Janhvi Kapoor dropped pictures and boomerang videos from a recent party she and Khushi Kapoor attended, where they were joined by Janhvi's rumoured ex-boyfriend Akshat Rajan. Take a look

Janhvi Kapoor was rumoured to be dating Akshat Rajan when she marked her Bollywood debut in 2018 with Dharma Production’s Dhadak.

Boney Kapoor on Tuesday said he and his family have received the prestigious 10-year Dubai Golden Visa. The 65-year-old producer shared the news on his official Twitter account.

DYK Janhvi Kapoor had to stay at some dingy location once to escape the paparazzi?

Janhvi Kapoor and her best friend Namrata Purohit shared how they once escaped from the paparazzi.