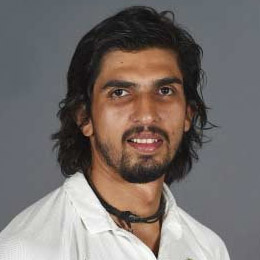 Ishant Sharma starred for India on day two of the first Test but Kane Williamson ensured New Zealand return with a 51-run lead at stumps.

The Indian pace battery ran through Bangladesh batting like a hot knife through butter, before Pujara Virat Kohli eased to typically classy fifties as India reached 174/3 at stumps on Day 1 of the first pink ball Test on Friday.

Jasprit Bumrah and Hanuma Vihari starred for India on day two of the second Test against West Indies.

Ishant Sharma shined with both, bat and ball as hosts West Indies end the day 108 runs behind India with only two wickets in hand.

India fast bowler Ishant Sharma got engaged on Sunday, joining the list of cricketers to have recently exchanged rings with their lady love.