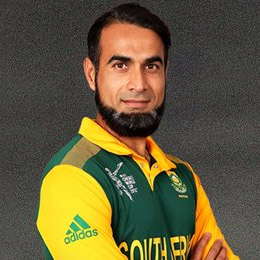 Immy as he is popularly known moved to South Africa from Pakistan to marry the love of his life. But the journey also gave his career a different shape as he started playing for the Proteas from the 2011 World Cup. When called into the Test side Tahir couldn't do much on the pace-friendly wickets of the country and was once dropped after bagging the most expensive bowling figures in Test history without getting a wicket. However, his success in the shorter formats coincided with South Africa's rise post the 2015 WC and has made Tahir a star not just in the country but all around the world. He has played for over 20 cricket teams in a number of leagues around the world and his wicket celebrations are a treat to watch.