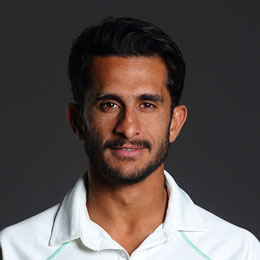 Hasan Ali is the leader of Pakistan bowling line-up in shorter formats of the game. The dynamic fast bowler showed a lot of prominence from the start of his career. The high point in Hasan's career is the 2017 Champions Trophy in England where he was the leading wicket-taker of the tournament with 13 at an average of 14.69, despite having a bad start in the tournament against arch-rivals India in the opening game. Ali was smashed for 70 runs in the game and he managed to take only one wicket there. After that, he rocked the world cricket with his excellent performances until Asia Cup 2018, where he was a total disappointment in Pakistan's poor performance.