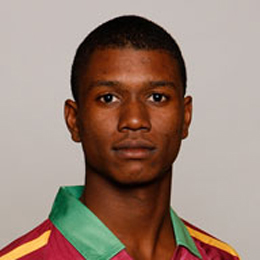 The left-handed stroke maker is widely considered as the next Chris Gayle in Windies cricket because of his attacking playing style like him. Lewis made his debut in international cricket against Afghanistan in a T20 match where he went for duck. Later that year he got his ODI call up against Pakistan in October from then on, he has been an integral part of Windies limited over team. The biggest highlight of his career is when he smashed English bowler at The Oval and scored 176* before getting retired hurt. But he became the big name in world cricket against India in a T20 match at Kingston on Jul 9, 2017 where he smashed 125* and single-handedly guided Windies to reach the humongous target of 191.e