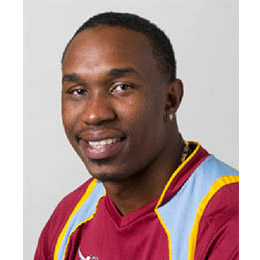 Bravo is one of the greatest all-rounders to ever play for the Caribbean side. He is an equally good batsman and bowler which makes him the MVP in the shorter format of the game. He made his international debut in 2004 vs England in One Day International Cricket where Andrew Strauss became his first victim in International cricket. Windies team is not yet able to utilize the talent he possesses. He provides the perfect balance to any team with power hitting at lower order and by using variations to pick wickets at crucial stage of the game. Bravo brilliant performance in Indian Premier League throughout the year makes him one of the most targeted player in all the domestic T20 leagues all over the world. Bravo on October 25 announced his International retirement, but will be in action for the various T20 leagues around the world.

MS Dhoni played an intelligent knock of 75 off 46 balls as Chennai Super Kings beat Rajasthan Royals by 8 runs at Chepauk.