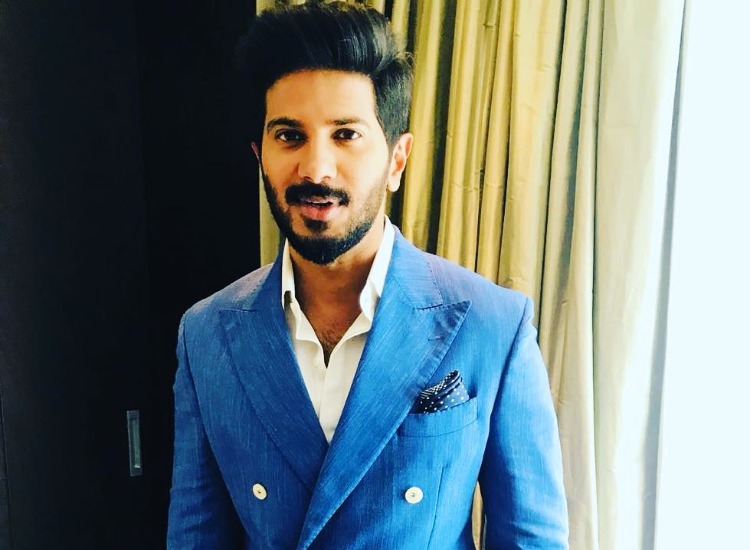 Born in Kochi, Kerala, Dulquer Salmaan is an actor who predominantly work in Malayalam Cinema. He has worked as a business manager before pursuing a career in acting and made his debut in the 2012 action drama Second Show.

The attack on Bhavana Menon reportedly took place in 2017 when she was returning to Kochi after a shooting assignment on the outskirts of the city. Her vehicle was allegedly waylaid, and she was abducted by a criminal gang in a closed van. On Sunday, the Crime Branch wing of Kerala Police registered a case against actor Dileep.

Taking to his Instagram handle, on Monday, Dulquer Salmaan shared the news of the postponement. The caption read, "We at Wayfarer films are bound to show social responsibility ahead of our personal interests. Just like all of you, we were most excited and eagerly awaiting our next release. Owing to recent developments and the spike in Covid-19 and Omicron cases, we have taken the difficult decision to postpone the release of "Salute".

Touted to be the biopic of Major Sandeep Unnikrishnan, 'Major' stars Adivi Sesh, who essays the role of the 26/11 martyr. Helmed by Sashi Kiran Tikka, the movie is to unfold the story of the braveheart, who devoted his life, serving the country during the most vulnerable times.

'Hey Sinamika' follows a couple, played by Dulquer Salmaan and Hydari, and how after five years into their marriage, the fiercely independent woman has had enough of her doting and fussy stay-at-home husband.

Directed by Srinath Rajendran, Kurup is the story of Kerala's most wanted criminal Sukumara Kurup who is absconding after murdering a film representative Chacko to embezzle the insurance money by scripting his own death. It is the first major Malayalam movie to release in Kerala after theatres were allowed to re-open in the aftermath of the second wave of Covid19.

Directed by Srinath Rajendran, Dulquer Salman's Kurup is the story of Kerala's most wanted criminal Sukumara Kurup who is absconding after murdering a film representative Chacko to embezzle the insurance money by scripting his own death. It is the first major Malayalam movie to release in Kerala after theatres were allowed to re-open in the aftermath of the second wave of Covid19.

Dulquer Salman plays the role of Sukumara Kurup in the movie. An NRI, Kurup had allegedly murdered a film's representative, Chacko, who was waiting for a late-night bus at Karuvatta in Alappuzha district, after giving him a lift in his Ambassador car. Later, the car was doused in petrol and Chacko's body was also burnt.

Kurup, according to police was influenced by a German crime novel and tried to script his own death to get the insurance claim. The claim was for Rs 8,00,000 and Kurup killed Chacko, a film representative after giving him a lift in his car while Chacko was waiting for a bus late at night. Sukumara Kurup has reportedly fled abroad while his two associates - driver Ponnappan and brother-in-law Bhaskara Pillai were sentenced to life imprisonment.

While Dulquer Salmaan plays the role of 'Lieutenant' Ram, Mrunal Thakur will be seen as his lady love Sita. The makers revealed the first look of Mrunal's character on the occasion of her birthday. Take a look.

On the occasion of actor Dulquer Salmaan’s birthday, the first look of his character from the upcoming Telugu film was out. He will be seen in the role of Lieutenant Ram, in the yet-to-be-titled film.

Actor Prithviraj Sukumaran took to Twitter to blast a user who has created a fake account of the actor on Clubhouse. A day later on Tuesday, he shared a statement forgiving him.

Billed as a "psychological thriller", the project also reunites Salmaan and Sreeram after the 2015 hit romance drama "O Kadhal Kanmani".

After sharing a teaser picture of his upcoming film actor Dulquer Salmaan on Monday treated his fans with his own look from Rosshan Andrrews directorial, Salute. The film also stars Dana Penty in the lead role.

Dulquer Salmaan stopped by police for driving on wrong side, asked to return | WATCH

Actor Dulquer Salmaan was stopped by the police for violating the traffic rules. Dulquer was seen driving his blue Porsche car on the wrong side of the road while waiting for the signal in Kerala. A video has surfaced on the internet in which a cop asks Dulquer to reverse his car back and return. The actor was waiting on the opposite side of the road for the signal to turn green.

Actress Diana Penty announced her debut in Malayalam films on Instagram on Tuesday. She will be seen alongside actor Dulquer Salmaan in an untitled film directed by Rosshan Andrrews.

Dulquer posted a picture on Instagram, where he is seen flaunting long hair and an overgrown beard. He is dressed in a black shirt and is posing for the camera.

Dulquer posted a photo of the father-son duo in which the young actor is seen planting a kiss on his father's cheek.