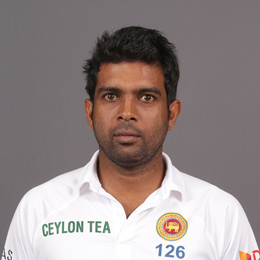 The least aggressive on the field of the three Pereras in the Sri Lanka set up at the moment, Dilruwan is a classical off-spinner with a more than handy batting repertoire. He was selected into the national squad as early as the World T20 2007 and made his ODI debut later that year in October. But he made an impression only in 2014 when he was handed his Test debut. With the island currently boasting of a number of spinners with different styles, Perera will need to work hard on his bowling and batting if he wants to prolong his international career.

It's disappointing to miss a century, says Dilruwan Perera