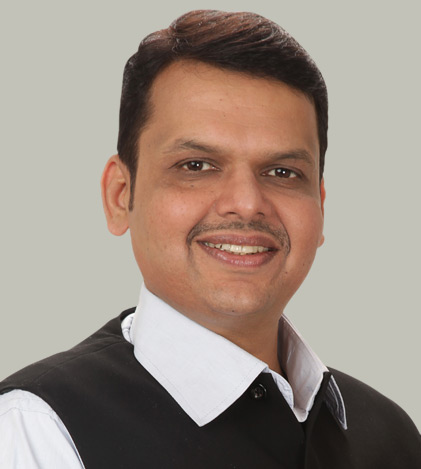 Devendra Gangadharrao Fadnavis is the current Chief Minister of Maharashtra. A member of Bharatiya Janata Party and the Rashtriya Swayamsevak Sangh, Fadnavis holds the honour of being the second youngest Chief Minister of Maharashtra after Sharad Pawar. In the past, he has also been recognised as the youngest municipal corporator of the Nagpur Municipal Corporation at the age of 21. He was the second youngest mayor elected in India, when he served as the Mayor of Nagpur at the age of 27, in 1997. He is also the only person to be re-elected as the Mayor in Council in Maharashtra. He has been an MLA representing Nagpur, since, 1999. A lawyer by profession, Fadnavis holds law degree from Nagpur Law College. He also has a Post Graduate Degree in Business Management and a diploma in Project Management from DSE, Berlin. His wife, Amruta Ranade is a branch manager in Axis Bank.