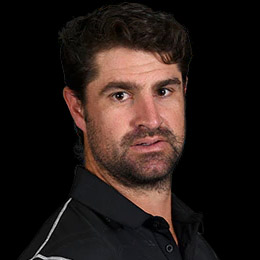 An explosive all-rounder who is suited for the limited-overs format, Colin de Grandhomme was selected for the senior team for his impressive performances in the domestic circuit. He hit three centuries for Auckland in the Plunket Shield and also added by taking wickets. He made his debut for the Blackcaps against Zimbabwe. Interestingly, Grandhomme was born and brought up in Zimbabwe and had respresented the nation in the U-19 World Cup in 2004 before migrating to New Zealand. He made an instant impact and ran roit in a home Test series against Pakistan in 2016. Grandhomme has also played for the Indian Premier League as he has played for Kolkata Knight Riders and Royal Challengers Bangalore so far. Grandhomme has a fair share of experience in the shortest format of the game and has been a regular member in the team for all formats ever since.