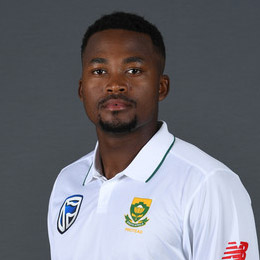 Having made his name in Hockey at a tender age of 12, Andile shifted to cricket soon and was also part of the Aiden Markram-led South African squad that won the U-19 WC in 2014. Soon drafted into the national side, he showed great promise by not just taking wickets but also producing some useful innings with the bat. He is especially known for his ability to bowl well at the death - a quality that is sought out by all teams around the world these days. Injuries continue to bother him although he has age by his side and he would love to add more depth to his bowling especially since he is a medium pace bowler in a team filled with express pace ones.