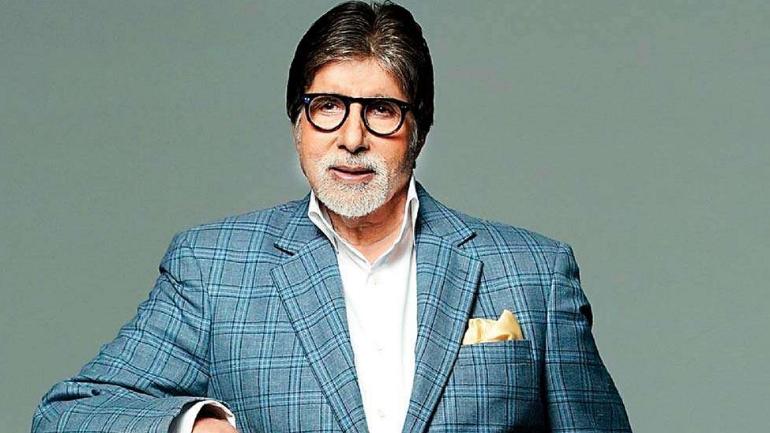 Referred to as the Shahenshah of Bollywood, Star of the Millennium, or Big B, he has since appeared in over 190 Indian films in a career spanning almost five decades.

KBC 13: Amitabh Bachchan left in splits after hilarious chat with cast of TMKOC

The upcoming episode of 'KBC 13' will see Shweta Bachchan and her daughter and Amitabh Bachchan's granddaughter Navya Naveli Nanda on the hotseat and as Shweta questions her father about the completion of a thousand episodes.

Bob Biswas: Abhishek Bachchan plays a cold-blooded middle-aged hitman-for-hire who comes out of a prolonged coma not being able to remember any details about his life and his past including his own family. As he tries to remember his identity, episodes from his past come alive, putting him in a moral dilemma between the history of his own deeds versus his newly developed sense of right and wrong.

Kaun Banega Crorepati 13: Amitabh Bachchan started hosting the quiz show in the year 2000, and since then he has been a constant part of the show except for one season. In 2006, Shah Rukh Khan replaced Big B as a host for the third season of the show. Now, KBC is all set to touch the landmark milestone as it will complete 1000 episodes soon.

Kaun Banega Crorepati 13: In the promo, there is a recap of episodes from the first season of 'KBC' on July 3, 2000 all the way to today. The promo shows Amitabh Bachchan hosting the first season and changing crorepatis from then till now. In the later part the megastar says, "Khel ko aage badhate hain kyunki khel abhi khatm nahi hua hai."

Amitabh Bachchan, Alia Bhatt and Ranbir Kapoor star in the ambitious Ayan Mukerji-directed superhero adventure, Brahmastra, which has been billed as the first part in a trilogy. In the film, Ranbir Kapoor will be seen as Shiva while Alia Bhatt plays his love interest Isha who supports him in his quest for the all-powerful Brahmastra. The film also stars Nagarjuna and Mouni Roy.

"Runway 34" is pitched as an edge-of-the-seat drama that reunites Amitabh Bachchan and Ajay Devgn. While Devgn and Rakul Preet Singh will be essaying the roles of a pilot, Big B's role has been kept under wraps

Kaun Banega Crorepati is one of the most popular quiz-reality shows on the small screen. The show is hosted by megastar Amitabh Bachchan who leaves not just the contestants but also the audience awwstruck with his aura. The actor will be welcoming rapper Badshah in the upcoming episode of KBC 13.

Abhishek Bachchan said after looking at the performance of Rajshree, who is often compared with Lata Mangeshkar on the show, that she reminds him of being compared with his father.

This Friday, the episode of KBC 13 will show action star John Abraham and his leading lady Divya Khosla Kumar making an appearance on Big B's show. The 'Satyamev Jayate 2' cast will share some moments from their personal lives and also share industry experience.

Pooja Hegde who made her Bollywood debut with the 2016 movie 'Mohenjo Daro' alongside Hrithik Roshan, will be sharing screen space with Big B for the first time. The details of the project have been kept under the wraps as of now.

KBC 13: This happened when contestant asked Amitabh Bachchan to touch his nose with tongue | VIDEO

Kaun Banega Crorepati 13: Amitabh Bachchan took up a few challenges posed by a young contestant. Besides this, the kid also displayed his rap skills. He rapped on the ongoing coronavirus pandemic and how it has affected lives.

Ajay Devgn completes 30 years in Bollywood as his debut film 'Phool aur Kante' released on November 22. Touted as one of the most popular actor, Ajay has seen a number of highs and lows during his career. On his special day, Akshay Kumar, Big B, Sonakshi Sinha & other celebs took to their social media and congratulated the actor for completing three decades in the industry.

Amitabh Bachchan reviews Abhishek's Bob Biswas Trailer: 'Proud of to say you are my son'

In Bob Biswas, Abhishek Bachchan looks every-inch convincing as a contract killer. He plays a cold-blooded murderer in the film. The over two-minute long nail-biting trailer encapsulates the journey of Bob Biswas, a middle-aged hitman-for-hire who comes out of a prolonged coma not being able to remember any details about his life and his past including his own family.

Gurpurab or Guru Nanak Jayanti is celebrated all across the globe on the birth of the first of the ten Sikh gurus and the founder of Sikhism, Guru Nanak Dev Ji. On the occasion of Guru Nanak Jayanti, many Bollywood personalities have wished fans through social media.

Kaun Banega Crorepati 13: Manas Gaikwad aspires to become an entrepreneur and has been the city topper for National Science Talent Search Examination, zonal topper for National Cyber Olympiad and has won various accolades for singing and inter-school competitions at zonal and national level.

President of Nauru, Lionel Rouwen Aingimea is all praise for Amitabh Bachchan's 'Kaun Banega Crorepati 13' look. Designer and stylist Priya Patil was pleasantly surprised by the interest shown by him.