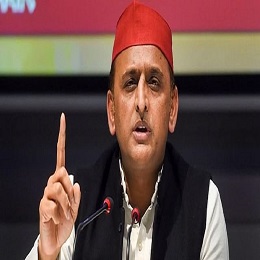 Akhilesh Yadav is the national president of the Samajwadi Party. He served as the 20th Chief Minister of Uttar Pradesh from 2012 to 2017. Born on July 1, 1973, Yadav became the youngest CM to assume office at the age of 38. He was elected the Member of Parliament from Azamgarh in the 17th Lok Sabha. For the upcoming assembly elections in Uttar Pradesh, he will be contesting from his stronghold Karhal seat in Mainpuri district and won. This is the first time Akhilesh will contest an assembly election. SP has always won a majority from Karhal since 1993, except once in 2002. Akhilesh Yadav is an important face for the upcoming UP assembly elections in 2022. The Samajwadi Party has formed an alliance with the Suheldev Bhartiya Samaj Party for the polls. The parties have given the slogan ‘Khadeda Howe’, a call to “drive out” the BJP from the state. Akhilesh is the son of veteran politician Mulayam Singh Yadav, who served as the Chief Minister of UP for three non-consecutive terms. Akhilesh Yadav began his political career in the year 2000 when he got elected to the 13th Lok Sabha from Kannauj in a by-election. During his tenure as the CM of Uttar Pradesh, the Agra-Lucknow Expressway was completed and inaugurated. When Akhilesh became CM, the party was divided into two groups, one of which supported him, and the other sided with his uncle Shivpal Yadav. Recently, Akhilesh Yadav received backlash from the opposition after he compared Sardar Vallabhbhai Patel, Mahatma Gandhi, and Jawaharlal Nehru to the likes of Mohammad Ali Jinnah. He said that they all studied in the same institute, and fought for India's freedom. 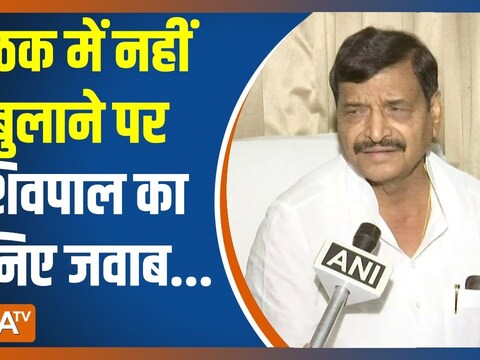 Newly-elected Samajwadi Party MLAs on Saturday met at the party office in Lucknow. The meeting was chaired by party chief Akhilesh Yadav. However, Pragatisheel Samajwadi Party chief Shivpal Yadav and uncle of SP chief was not invited to the meeting. SP founder Mulayam Singh Yadav’s younger brother had fought polls from his family bastion Jaswantnagar and won after a truce with his Akhilesh Yadav. 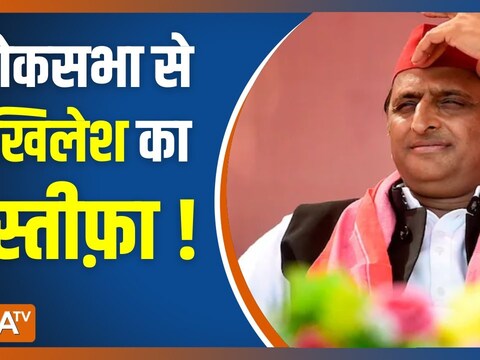 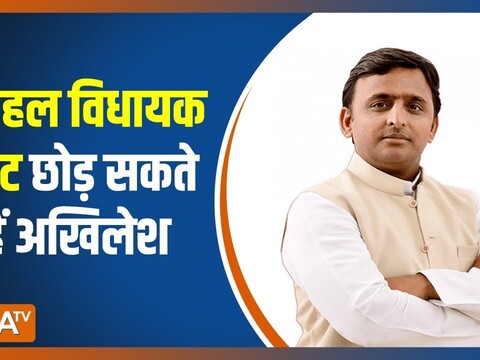 Samajwadi Party national president Akhilesh Yadav is likely to resign as an MLA, sources told India TV on Saturday. Akhilesh is a Lok Sabha MP from Azamgarh. He won the Assembly election from the Karhal Assembly seat in Mainpuri district in the just concluded polls in Uttar Pradesh. 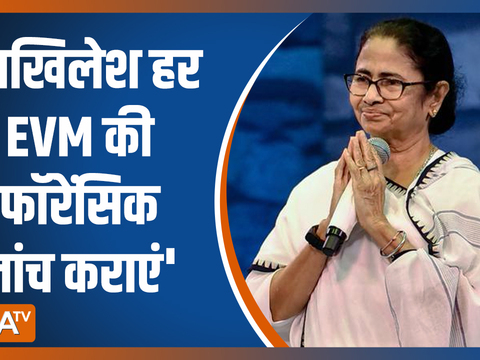 West Bengal Chief Minister Mamata Banerjee on Friday claimed that there was loot and malpractices of EVM machines during the UP elections 2022. The TMC supremo was piling on Samajwadi Party chief Akhilesh Yadav's allegations of 'EVM choris'. 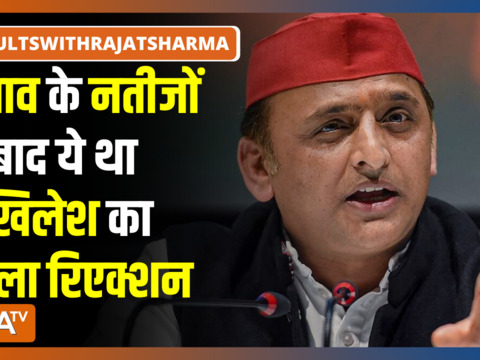 Samajwadi Party president Akhilesh Yadav on Friday extended his gratitude to the people of Uttar Pradesh and said that his party showed that seats of the Bhartiya Janata Party (BJP) can be decreased. He mentioned that SP's vote share increased by one-and-a-half fold. The SP had in 2017 polls pocketed 21.85 per cent vote share. It increased to 32.06 per cent in the just held election. 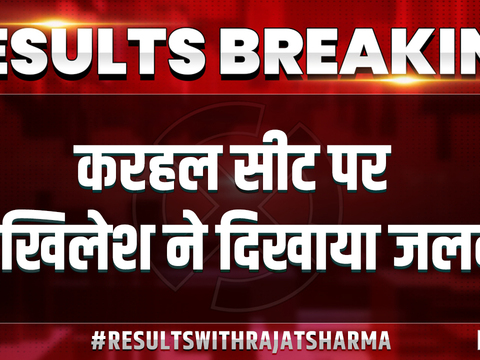 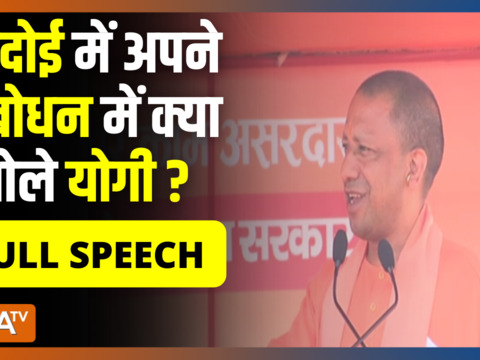 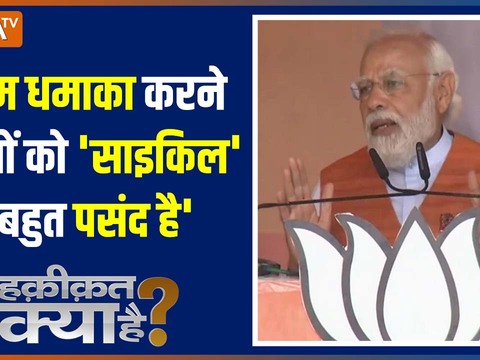 SP govt did not allow terrorists to be prosecuted: PM Modi

Similarly, in 14 cases of terrorist attacks in UP, Samajwadi government had given orders to withdraw the cases from many terrorists. These people were destroying the country and the SP govt was not even allowing these terrorists to be prosecuted: PM Modi 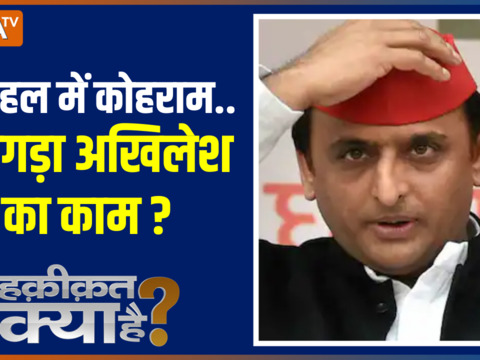 Haqikat Kya Hai: Will this plan of Yogi stop Akhilesh from winning in Karhal?

The third phase of UP polls will be conducted on Sunday and all parties are eyeing for the seat of Karhal, where Akhilesh Yadav will be competing against BJP's SP Singh Baghel. However, Yogi Adityanath seems to have devised a plan to counter Akhilesh. Watch this report. 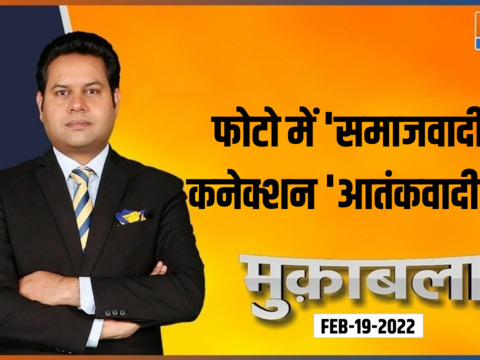 24 hours before the third phase of UP Polls, various BJP leaders are alleging Samajwadi Party's connection with terrorist sentenced to death in the Ahmedabad Blasts case. Will this be a major for Akhilesh in the ongoing polls? Watch this episode of Muqabla. 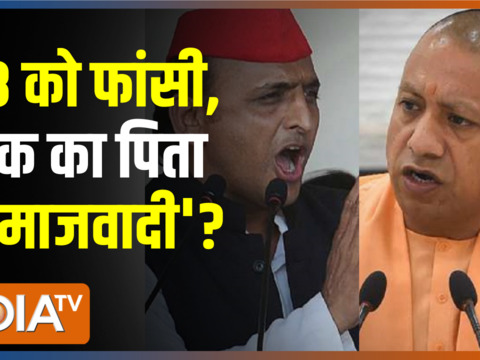 Jawab Do: Is alleged Samajwadi connection of Ahmedabad blast a big trouble for Akhilesh?

All eyes are set on the Karhal seat of Mainpuri for the upcoming phase of UP polls. While Akhilesh seems confident on his win, will the alleged Samajwadi connection of Ahmedabad blast be a big trouble for Akhilesh? 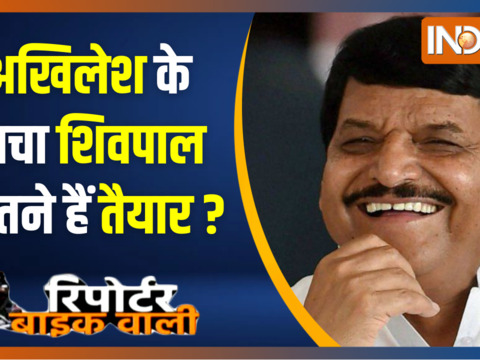 UP will soon be witnessing the third phase of polls. Watch as Jyoti Mishra, your 'Reporter Bike Wali', interacts with Shivpal Yadav, uncle of Akhilesh Yadav on his opinion on the ongoing elections. 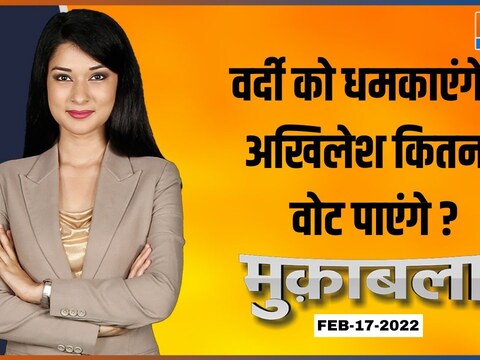 Addressing an election rally in Kannuj, Samajwadi Party chief Akhilesh Yadav lost his cool over policemen who were deployed to control the crowd at the venue. The BJP has hit back at Akhilesh over the incident. 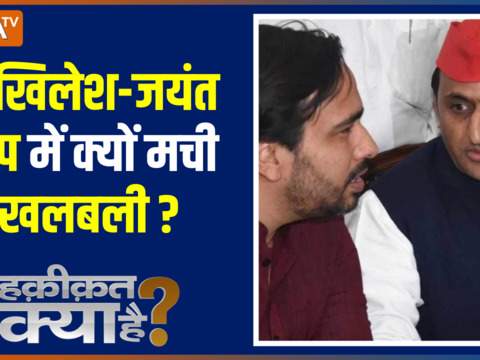 Haqikat Kya Hai: Phase-2 polls in UP - major challenge to Akhilesh and Jayant? 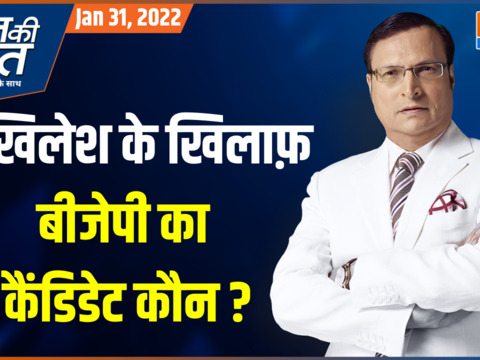 Prime Minister Narendra Modi on Monday targeted the Samajwadi Party, saying five years ago muscle men and rioters used to be the law unto themselves in Uttar Pradesh. Addressing his first virtual poll rally after the announcement of dates for the assembly elections in the state, Modi said during the previous government when Western Uttar Pradesh was burning due to riots, those in power were celebrating. 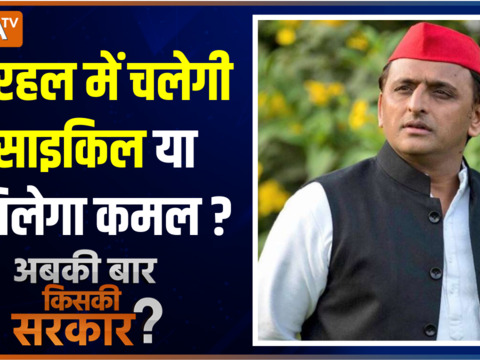 Samajwadi Party leader Akhilesh Yadav, on Monday, filed nomination from Karhal Seat of Mainpur. He seemed confident in his tone and said that he would definitely win from the seat. 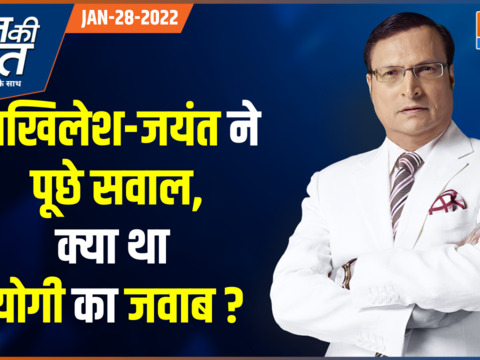 Akhilesh Yadav says, ‘I wear a red cap and also carry a red cloth in my pocket for farmers’ . Videos of protesters trying to prevent candidates from entering villages of western UP.Watch Aaj Ki Baat with Rajat Sharma. 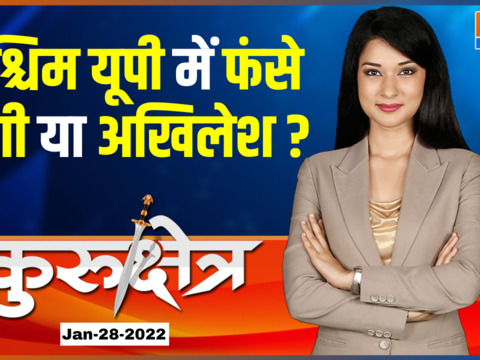 Kurukshetra: Will Jayant Chaudhary prove to be a gamechanger for Akhilesh Yadav ? 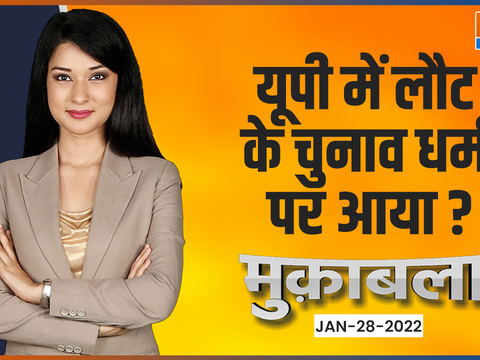 Muqabla | War for West UP witnesses 'Jinnah' and 'Pakistan' yet again

Samajwadi Party chief Akhilesh Yadav is facing a barrage of criticism from the BJP leaders for his statement that Pakistan is a "political enemy" which is targeted by the BJP for "vote politics". 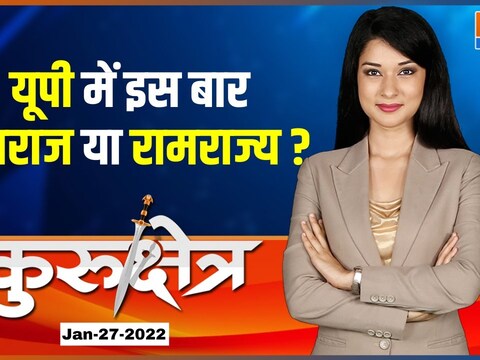 Kurukshetra | 'Gundaraj' vs 'Ramrajya' in battle for UP this time?

Union Home Minister Amit Shah has said that Akhilesh Yadav has no right to raise questions over law and order in Uttar Pradesh. The BJP has claimed that Akhilesh's Samajwadi Party has fielded 'criminals' on several seats. Will votes be cast on 'Ramrajya' vs 'Gundaraj' in this UP Assembly elections? Watch Kurukshetra with Meenakshi Joshi