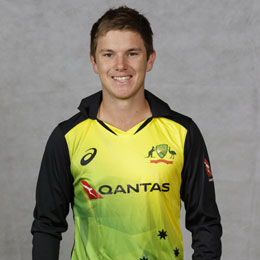 Adam Zampa was born Shellharbour, New South Wales in 1992 and plays his cricket for South Australia and the Melbourne Stars in BBL. Zampa, touted to be the most promising leg-spinner the country has ever produced since the legendary Shane Warne, made his Australia debut in February 2016 against New Zealand and an ODI debut followed soon after. Since then, he has been more or less a regular in Australia's limited-overs squad and also starred in the following World T20 later that year. However, as talented he may be, he is yet to breakthrough as Australia's primary spinner across all formats and has still shown of inexperience in first-class cricket which has stopped his rise to the spot. However, with age on his side, Zampa is expected to be Australia's No.1 spinner in the upcoming years.