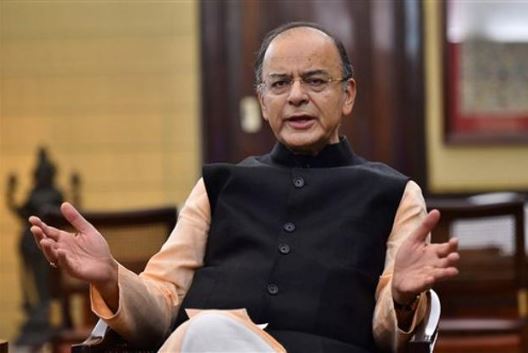 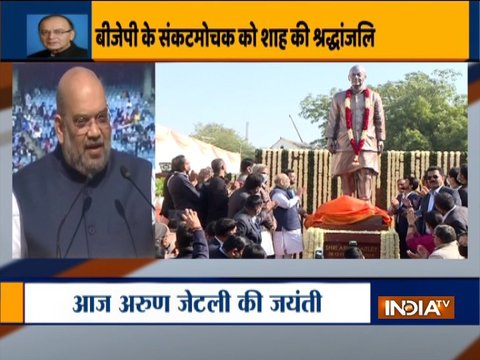 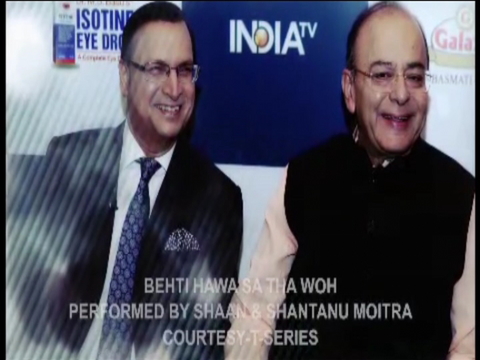 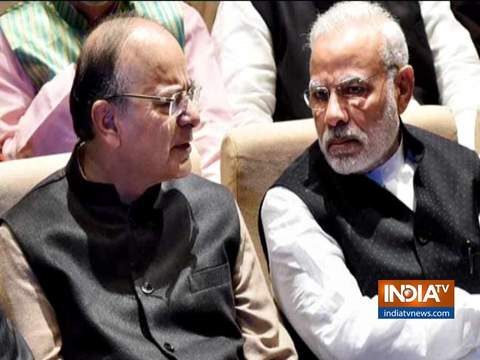 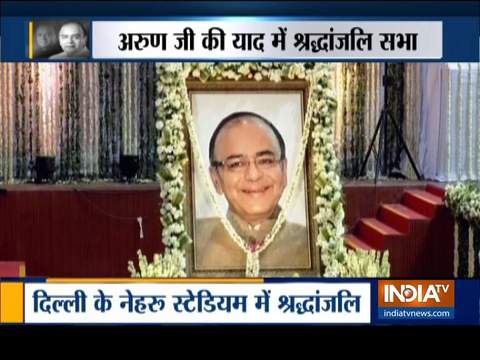 Prime Minister Narendra Modi at prayer meet for late Arun Jaitley in Delhi: I never thought a day will come when I'll have to pay tribute to my friend. 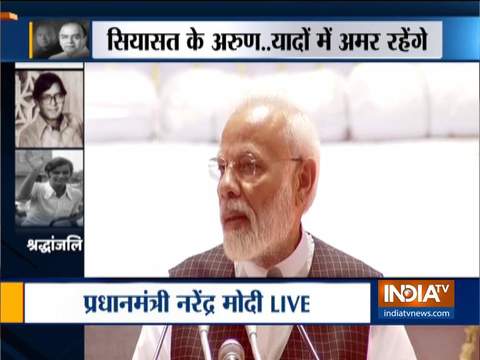 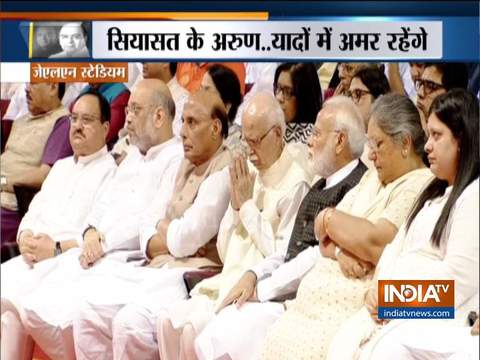 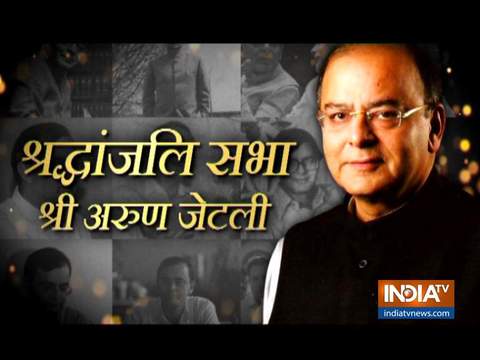 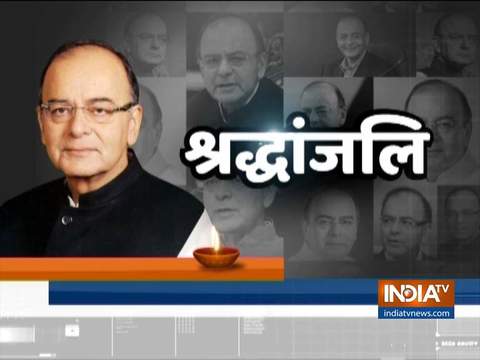 Prayer meeting organized in memory of Arun Jaitley, PM Modi to arrive at the event shortly

Prayer meeting organized in memory of former Union Minister Arun Jaitley. Several ministers including Amit Shah, Rajnath Singh and others were present during the event. 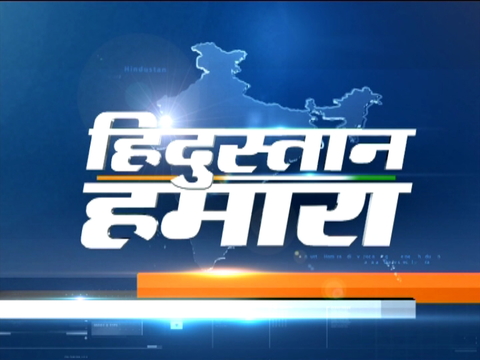 The Feroz Shah Kotla stadium will be renamed as Arun Jaitley stadium in the memory of the former DDCA president, who passed away on Saturday. 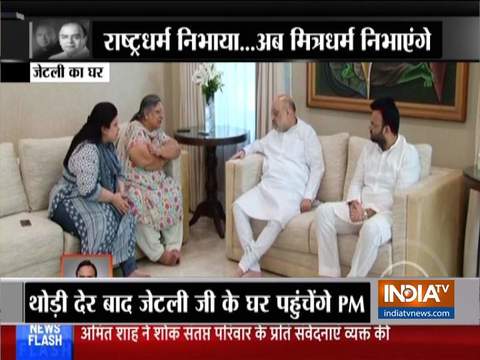 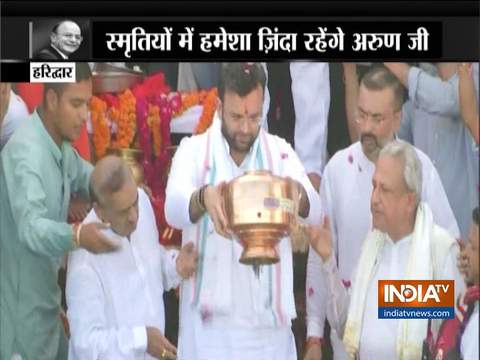 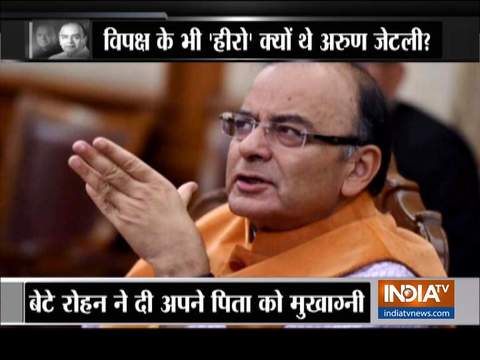 RIP Arun Jaitley: A look into the life of the Former Finance Minister

Former Union Minister Arun Jaitley cremated with full state honours at Nigambodh Ghat. He had been a key member of PM Modi's Cabinet in the BJP government's first term. 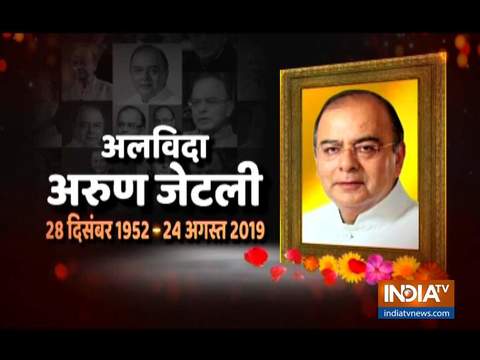 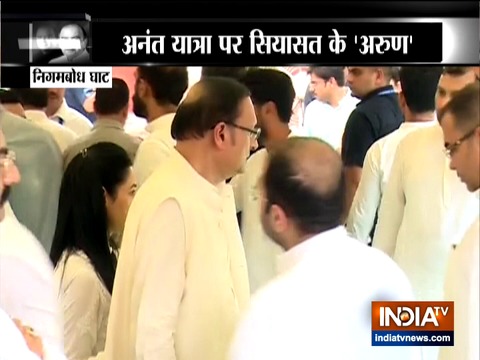 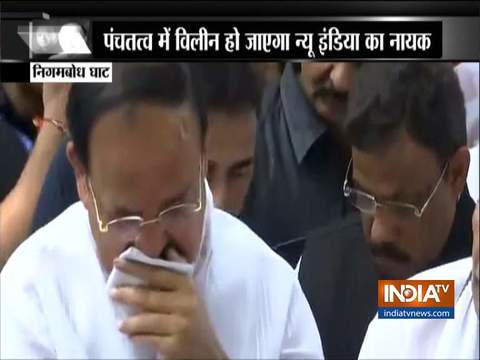 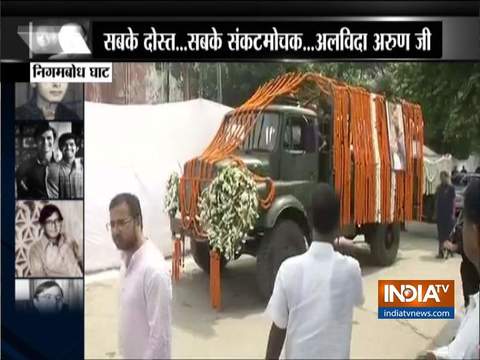 Former finance minister and senior BJP leader Arun Jaitley passed away on Aug 24 at AIIMS hospital in Delhi. His mortal remains brought to Nigambodh Ghat where cremation will be done. 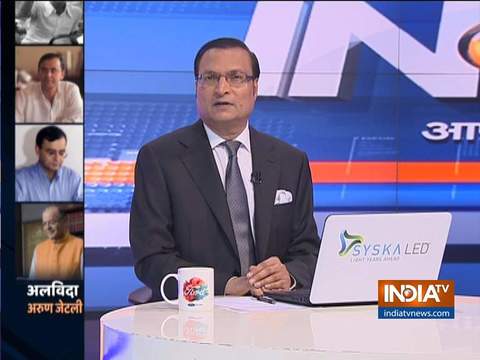 Former finance minister Arun Jaitley left for the heavenly abode on Saturday. Arun Jaitley was 66. The news of his demise came as a shock and left the nation teary-eyed. Jaitley, who was battling illness for a long time, was being treated at AIIMS 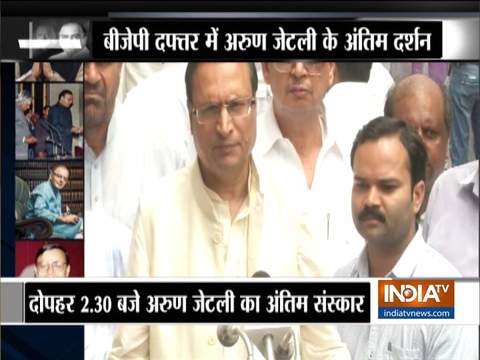 IndiaTV chairman and Editor-in-Chief Rajat Sharma remembers Arun Jaitley, says for me he was a friend, philosopher and guide for 45 yrs. 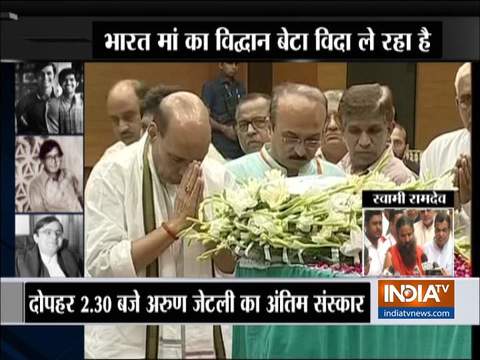 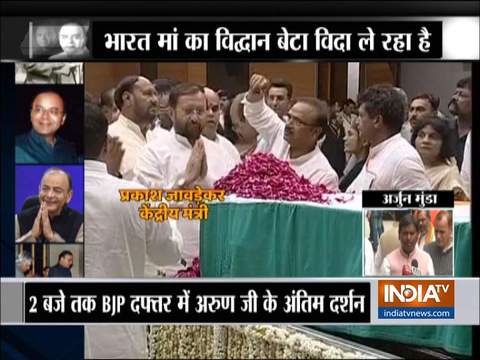