Narendra Modi to Donald Trump: Here are the top 10 newsmakers in 2019

As 2019 comes to an end, we have come up with a quick recap of who made up most of the headlines during the year. These politicians from across the globe have impacted the world in a big way, individually. Read on to know about the top 10 most popular politicians of the world in 2019.

The year 2019 comes to a close on a power-packed note with several politicians making their names in the news headlines, some for good and some for all the wrong reasons. While Prime Minister Narendra Modi still remains in the news for leading India on the path of development, there are many others who remained at the center of a firestorm this year. Let’s have a look at the top politicians who helped us write headlines in 2019.

Prime Minister of India Narendra Modi not only swept the Lok Sabha elections for a second term this year but was also voted the ‘World’s Most Powerful Leader’ by readers of the British Herald magazine. Abrogation of Article 35A in Jammu and Kashmir and its bifurcation into two Union Territories ended the special status of the region and was seen as a historic event for India.

Narendra Modi led-Bharatiya Janata Party has recently been in the news for introducing the amended Citizenship Act. With this, the government is facing massive protests from across the country, while several Opposition party leaders are demanding the rollback of the Act, which offers citizenship to non-Muslim persecuted minorities from Pakistan, Bangladesh and Afghanistan.

Airstrikes led by the Indian Air Force on terror camps in Pakistan’s Balakot struck the world in February this year, which further strengthened Narendra Modi’s image as a fierce political leader. It followed Pakistan-backed terror attacks in Jammu and Kashmir’s Pulwama in which nearly 40 Indian soldiers had lost their lives.

The Howdy Modi event in Houston, Texas in September 2019 was a hit as it was attended by over 50,000 people, along with US President Donald Trump and some other prominent faces. Prime Minister Narendra Modi was awarded the Global Goalkeeper Award New York City by the Bill & Melinda Gates Foundation in recognition of the Swachh Bharat mission.

Modi also became a popular name among lovers of the wildlife when he appeared in a special episode of Discovery Channel’s adventure/survival show ‘Man vs Wild’ with host Bear Grylls. The episode featuring Narendra Modi was shot in Uttarakhand’s Jim Corbett National Park and was broadcast in India, along with 180 other countries. 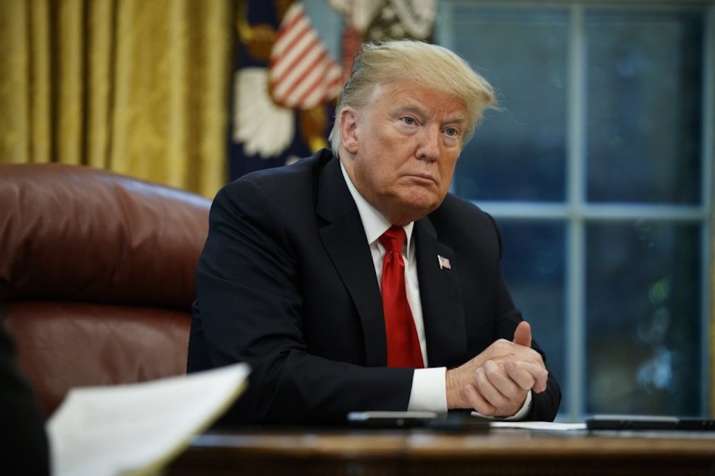 The US President was also in the news for dealings over complete denuclearisation with his North Korean counterpart Kim Jong Un. A second summit between the two leaders was held in February this year in Vietnam, which ended abruptly without an agreement. On June 30, Trump and Kim held a brief round of talks at the Korean Demilitarised Zone (DMZ), in the presence of South Korean President Moon Jae-in, where both sides agreed to resume negotiations within weeks.

Trump hit Iran with several sanctions over the course of the year. The US-China trade war gathered much media attention for increased tariffs on certain goods.

Meanwhile, Trump’s official Twitter handle gained attention after his social media activities increased significantly. In May 2019, Donald Trump was in the top 15 for having the maximum Twitter followers (more than 60 million). Trump put out more than 100 tweets in a single day during his impeachment.

Once a cricketer, the Pakistani Prime Minister Imran Khan, made all efforts to garner global support over the Kashmir issue. Following the Pulwama terror attack in February 2019, Imran Khan addressed the media in which he ruled out the involvement of Pakistan in the incident. He was highly criticised by the Indian media for not offering condolences to the martyred Indian soldiers. Imran Khan, however, was commended for releasing Wing Commander Abhinandan Varthaman as a gesture of peace.

At UNGA in September this year, Khan warned of a ‘bloodbath’ if India does not lift restrictions in Jammu and Kashmir. Pakistan also suspended trade ties with India and closed its airspace partially after the Central government abrogated Article 35A in J&K.

Meanwhile, Pakistan is making rigorous efforts to avoid being blacklisted by the FATF, on grounds that the country should be taking strict actions against terror financing and money laundering.

Recently, the cash-strapped country has received $452.4 million as the second tranche of the $6 billion International Monetary Fund (IMF) loan, taking the foreign exchange reserves of the country's struggling economy up to $18 billion. 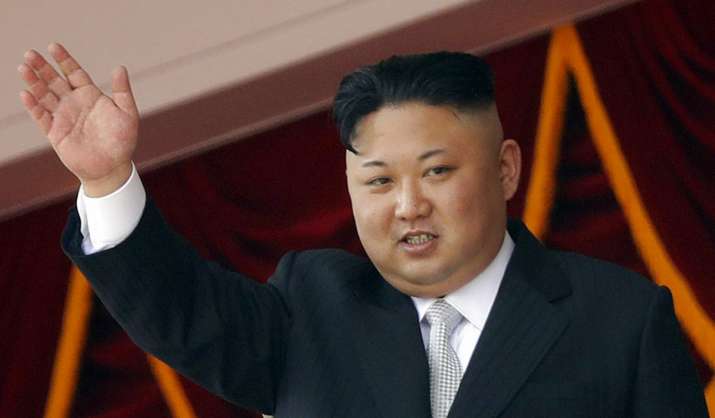 Negotiations have faltered since a February summit between Kim and President Donald Trump broke down after the US rejected North Korean demands for broad sanctions relief in exchange for a partial surrender of its nuclear capabilities.

Kim Jong Un has set an end-of-the-year deadline for denuclearization talks with Washington. It would be a mistake for the United States to ignore that deadline, North Korea has said in a statement.

The country, in October this year, fired two suspected missiles into the sea between the Korean peninsula and Japan, ending nearly a month-long lull in testing after denuclearization talks stalled.

The North Korean leader anyways made headlines when he was seen riding a white horse up a sacred mountain, recently. 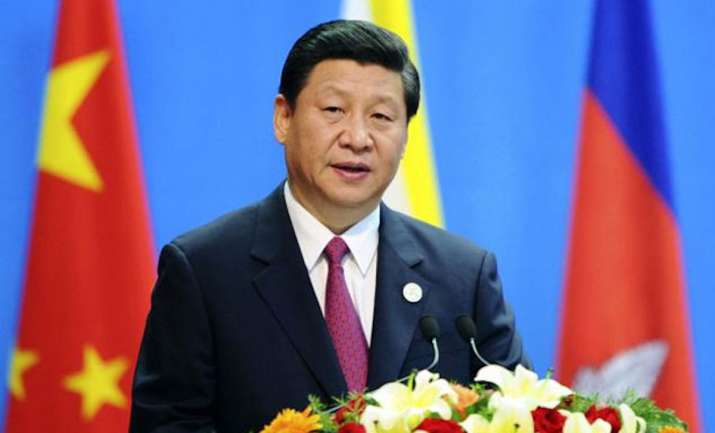 Amid the ongoing protests in Hong Kong, Chinese President Xi Jinping off late demanded ‘unswerving efforts’ to end the violence in the Asian financial hub and punish those responsible "to safeguard the well-being of the general public in Hong Kong."

As the trade war between US and China gained much media attention this year, Jinping and Trump are set to hold a signing ceremony to sign the first phase of the trade deal, which the US and China agreed to this month.

Jinping met Indian Prime Minister Narendra Modi in October this year, amid the strained ties between India and Pakistan over the Kashmir issue. The meeting between the two leaders provided an opportunity to strengthen the bilateral partnership between India and China. Modi and Xi also visited the temple town of Mamallapuram during their talks. 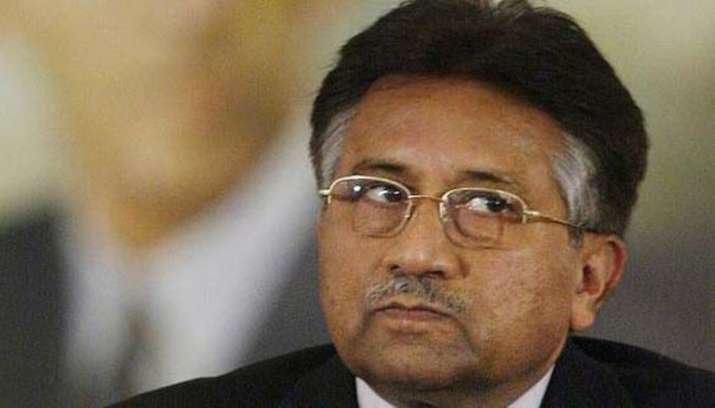 Former President of Pakistan Pervez Musharraf made headlines this year after a special court convicted him and sentenced him to death on charges of high treason and subverting the constitution. On 31 July 2009, a 14-judge bench of the Supreme Court of Pakistan had declared General Pervez Musharraf's action of declaring an emergency in November 2007, as illegal and unconstitutional in the PCO Judges case' verdict.

The sentencing has come as an unprecedented verdict in a country that has been ruled by its powerful military for roughly half of its 72-year history. The judgement, published days after Musharraf’s sentencing also calls for displaying the former president’s corpse outside the Parliament building. Musharraf, however, has submitted a petition in Lahore High Court challenging the death sentence handed to him in the case. 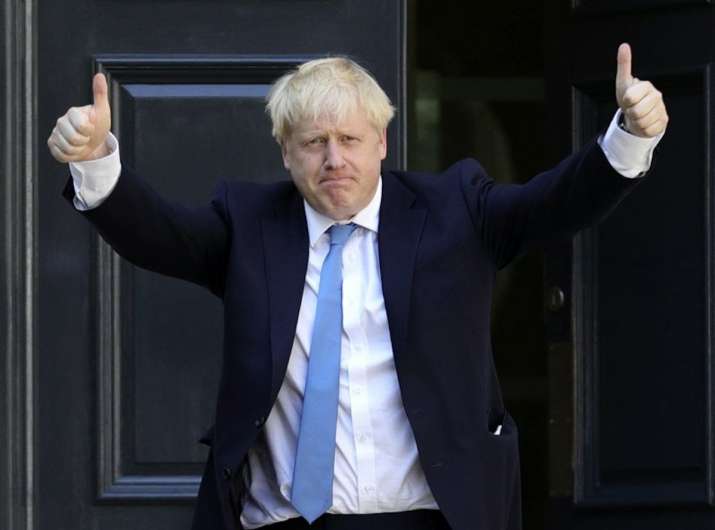 The newly-elected Prime Minister of the United Kingdom, Boris Johnson in May this year confirmed that he would stand in the leadership election. Johnson was endorsed by Trump for the role, who had said, “I think Boris would do a very good job”.

Johnson finally launched his campaign after Theresa May’s resignation on June 7, 2019, saying, "After three years and two missed deadlines, we must leave the EU on October 31st. We must do better than the current Withdrawal Agreement that has been rejected three times by Parliament—and let me clear that I am not aiming for a no-deal outcome. I don't think that we will end up with any such thing. But it is only responsible to prepare vigorously and seriously for no deal. Indeed, it is astonishing that anyone could suggest dispensing with that vital tool of negotiation.”

Subsequently, Boris Johnson became the Prime Minister of the United Kingdom on his promise of leaving the European Union (EU) without a deal ('no-deal Brexit'). 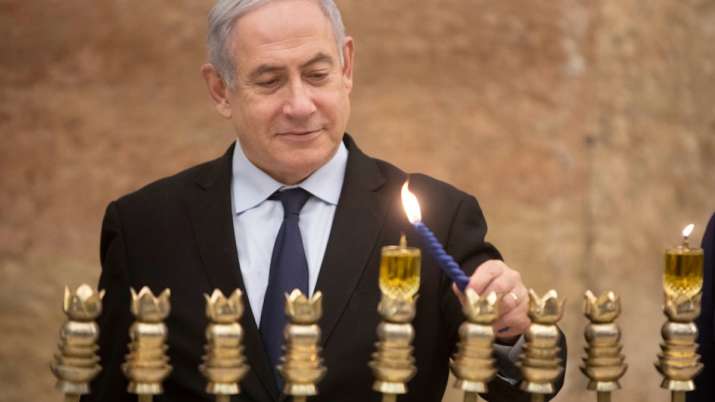 Israeli Prime Minister Benjamin Netanyahu was recently charged with bribery, fraud and breach of trust, making him the first Israeli premier to be indicted while in office and sending Israel’s already stalemated political system into further disarray.

A 63-page indictment against Netanyahu and its center of political gravity was capped by Israeli Attorney General Avichai Mandelblit after almost three years of investigation and months of speculation.

The cases against Netanyahu center on allegations that the prime minister and his wife, Sara, accepted more than $260,000 worth of luxury goods in exchange for political favors and that Netanyahu interceded with regulators and lawmakers on behalf of two media companies in exchange for positive news stories.

Netanyahu on December 26 scored a landslide victory in a primary race for leadership of the ruling Likud party, giving the embattled leader an important boost ahead of the country’s third election in less than a year. 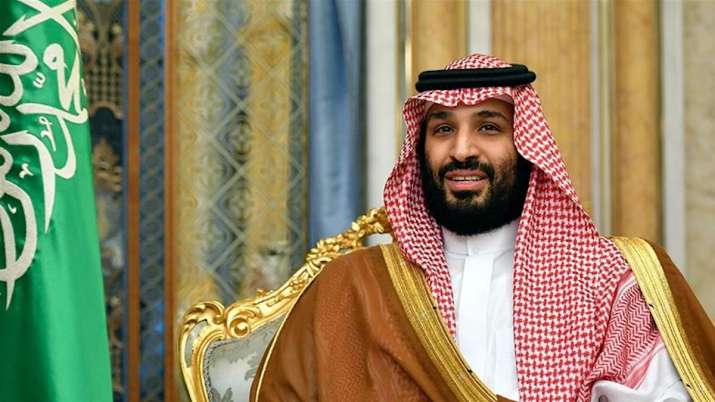 The Crown Prince of Saudi Arabia, Mohammad Bin Salman was suspected of giving the orders to assassin Jamal Khashoggi, a Saudi journalist and a critic of the crown prince. Khashoggi had gone missing in October 2018 and Turkish officials believed he was murdered at the consulate.

Seven of the 15 men suspected of killing Khashoggi are members of Mohammad Bin Salman’s personal bodyguard, media reports had claimed.

A former head of the British MI6 stated that in his judgment of the evidence it is "very likely" that Mohammed bin Salman ordered the killing of Khashoggi. Five men have now been sentenced to death, while three others are facing a total of 24 years in prison for their roles in Khashoggi’s murder.

Saudi Arabia made further headlines when the country's half of oil production was knocked out by a drone strike, triggering a surge in prices. Tensions have escalated in the Middle East as many blame Iran.

Bin Salman is viewed by many as someone trying to bring in revolutionary changes to the Saudi culture, especially concerning women. The crown prince is credited with bringing in major woman-oriented reforms such as allowing foreign men and women to rent hotel rooms together without proving they are related and allowing Saudi women to be granted passports and travel abroad without the consent of their male guardians. The country will also no longer require restaurants to have separate entrances segregated by sex. 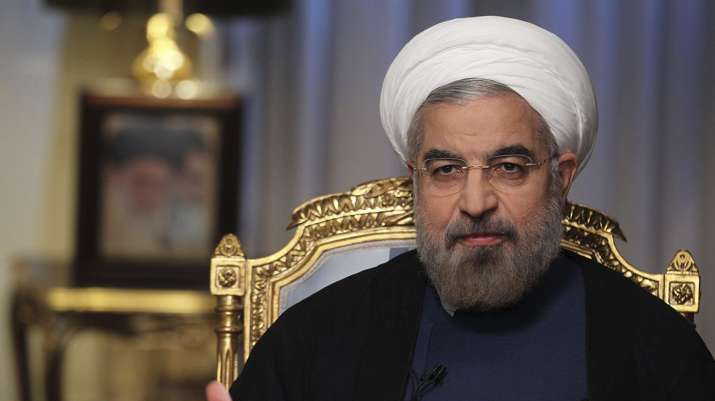 Iran has been hit by sanctions by the United States and some other countries in response to Iran’s continued illicit nuclear activities. The sanctions were meant to censure Iran and prevent the country’s progress in prohibited nuclear activities. The US sanctions against Iran include an embargo on dealings with the country by the US and a ban on selling aircraft and repair parts to Iranian aviation companies.

Controversy surrounded Iranian President Hassan Rouhani after Iran was accused of attacking the oil facilities in Saudi Arabia. Rouhani, however, shrugged off the allegations, saying the European governments and the United States needed to offer evidence after blaming Tehran.

Iran also seized two oil tankers – one registered in the UK, the other in Liberia – in the strait of Hormuz, marking a dramatic escalation in the worsening standoff in the Gulf.