Then and now: From Kalyan Singh to Jaswant Singh, what a BJP exit meant for their political careers

New Delhi: Nothing is permanent in politics. Not surprising then that politicians quitting a party on some pretext or the other is also commonplace. The situation in the ruling Bhartiya Janata Party (BJP), that rode

New Delhi: Nothing is permanent in politics. Not surprising then that politicians quitting a party on some pretext or the other is also commonplace. The situation in the ruling Bhartiya Janata Party (BJP), that rode to power with a thumping majority, is no different either.

While such ‘movement’ is more rampant in the lower rungs of politics, it is not everyday that we see a national-level leader quitting the world’s largest political party. For politicians, it is hard to create their own identity outside a national party. Some succeed, others fail.

The latest in the line to quit the right-wing party is cricketer-turned-politician Navjot Singh Sidhu. His wife and Punjab MLA Navjyot Kaur, who also doubles as Sidhu’s spokesperson, has confirmed his resignation from the party. Reports are rife with rumours of him soon joining the Aam Aadmi Party (AAP), ahead of Punjab polls next year.

The shift, if it does happen, will be based on Sidhu’s hope of a prominent role in the AAP, which is apparent from the open welcome he has received from the party that scripted a miracle in the Delhi elections.

But then again, nothing is permanent in politics.

One way of looking at it is by sifting through the history of politicos quitting the BJP in the last decade or so. Some did come back to the party-fold, but never managed to regain the hold they once had in the party. Besides, there is a specific trend that appears in the way the careers of the leaders spanned post their exit from the party – none have wielded the same power they did prior to their exit.

Take a look at some bigwigs of the BJP who quit the party in the last decade and where fate took them. 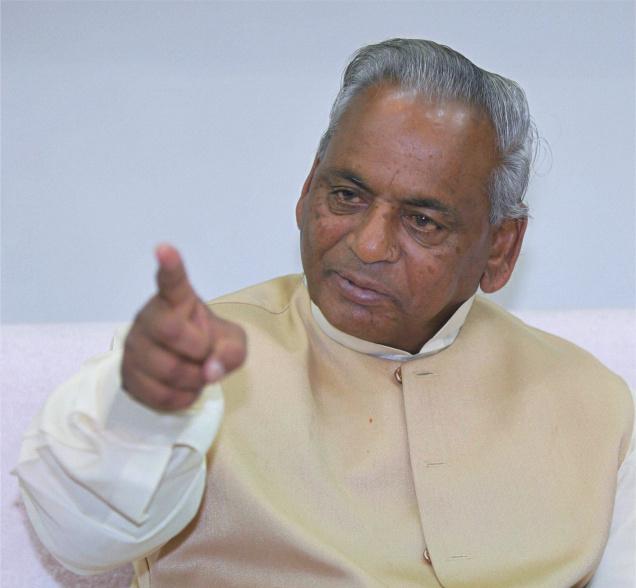 Kalyan Singh: Controversial two-time Chief Minister of Uttar Pradesh, whose first term is infamous for the Babri Masjid demolition in 1992, Kalyan Singh left the BJP in 1999, floating the Rashtriya Kranti Party (RKP). He returned to the BJP fold just before the 2004 Lok Sabha elections but left again in January 2009. He relaunched JKP in 2010 on his 77th birthday.

Kalyan Singh returned to the saffron fold when he announced the merger of his Rashtriya Kranti Party (RKP) with the BJP at a public rally.

He was made the Governor of Rajasthan in September 2014 by the Narendra Modi government.

Kalyan Singh’s active political career has come to a halt. Once a flag bearer of Hindutva and the OBC face of BJP, the current stature of Kalyan Singh is nowhere near the future he had imagined for himself. After quitting the saffron party, Kalyan Singh struggled to stay relevant in UP politics and even sought an alliance with once arch-rival Mulayam Singh.

Now that he has reconciled with BJP, he still has no influence in the decision-making of the party or the government. 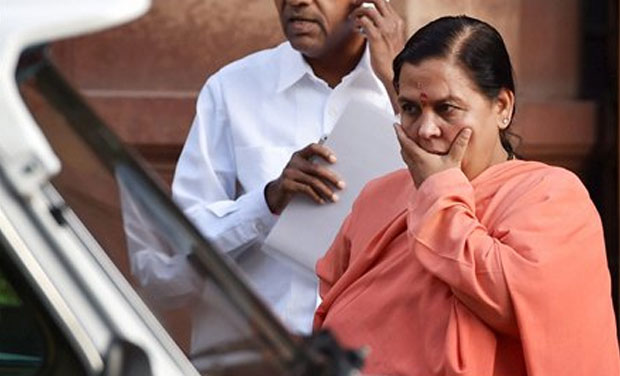 Uma Bharti: In December 2005, former Madhya Pradesh Chief Minister Uma Bharati was expelled from the primary membership of the party for indiscipline and anti-party activities. She had asked for the removal of BJP President LK Advani, saying that he had broken the discipline of the party several times.

Later in the year, she formed a new party - Bharatiya Janshakti Party. However, in 2010, she resigned from the very party she founded and was re-inducted into the BJP on June 7, 2011. She is currently the Minister of Water Resources in Union Cabinet.

Once the most vocal face of Ram Janmabhoomi movement, Uma Bharti is not the firebrand leader she once was. Her time outside the BJP has made her less confrontational. From leading BJP to three-fourth majority in Madhya Pradesh Assembly elections in 2003 to being in-charge of the long, if not impossible, task of cleaning the Ganga, her significance in the party has only come down. 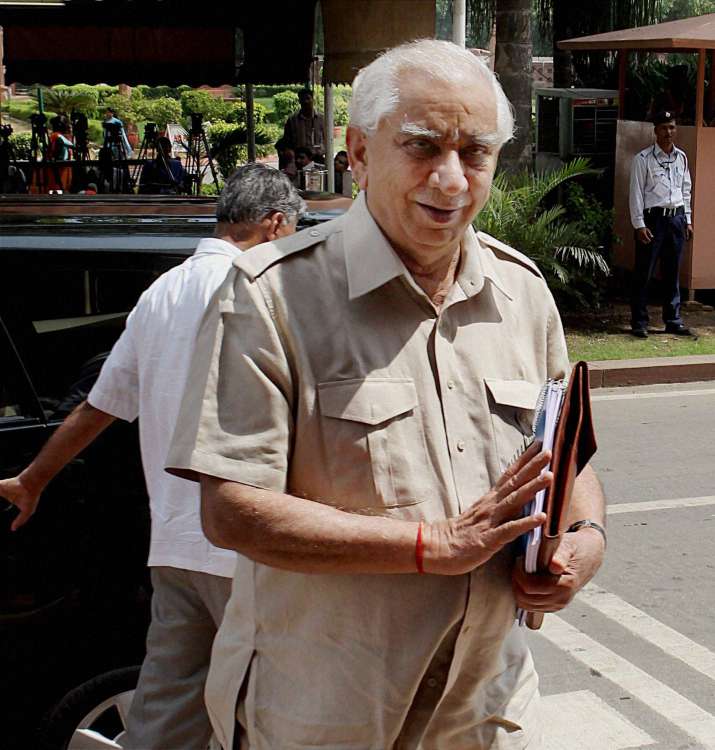 Jaswant Singh: Former Union minister came under attack for praising Pakistan’s founder Muhammad Ali Jinnah in his book in 2009 and was later expelled from the BJP. Nine months later, he was re-inducted into the party.

However, his second stint with the saffron party did not last long. Ahead of General Elections in 2014, he refused to tow the party line when denied a ticket from his stronghold of Barmer in Rajasthan. He decided to contest the elections as an independent candidate. He was expelled from BJP in April that year and also lost the election.

Jaswant Singh served as Minister of Finance, Minister of Defence and also as Minister of External Affairs under Vajpayee between 1998 to 2002. Looking at the graph of Jaswant Singh’s career, one can only assume a downfall, who failed to secure a win from his hometown in Lok Sabha elections in 2014.

Soon after the 2014 elections results were announced, Singh suffered a head injury in August 2014 and has been in coma ever since. He was admitted to the Army Research and Referral Hospital in New Delhi in April last year. 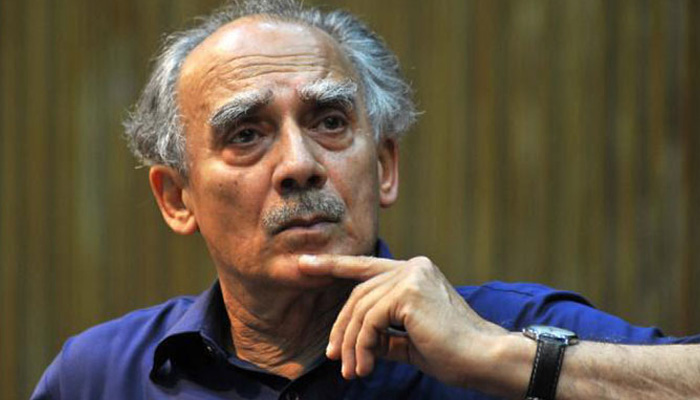 Arun Shourie: A cabinet minister under Atal Bihari Vajpayee, Arun Shourie had withdrawn himself from the BJP after Vajpayee’s illness. However, he remained a party member and supported Narendra Modi as Prime Minister in run-up to general elections in 2014.

Shourie is now a staunch critic of Narendra Modi and is often in news for his attacks on Modi’s style of functioning. In October last year, BJP said Arun Shourie was no longer a party member as he had not renewed his membership.

Shourie, once a prominent minister in Atal Bihar Vajpayee-led Union cabinet, is no more a political force to reckon with. His political career post 2014 general election is limited to interviews in which he fiercely criticises Narendra Modi government. 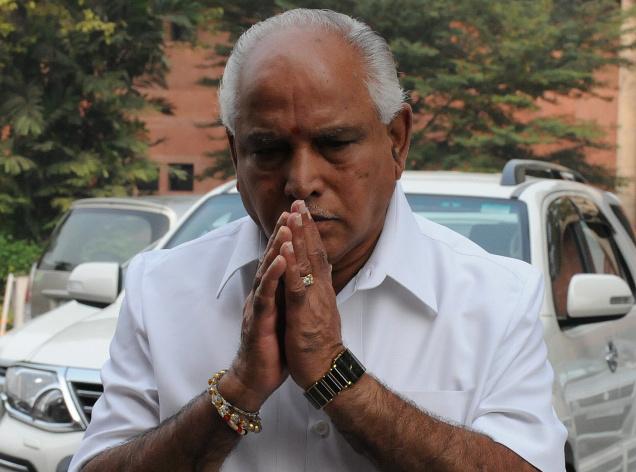 BS Yeddyurappa: One of the tallest leaders of the BJP in Karnataka, Yeddyurappa is credited with forming the first right-wing government in southern India. After facing a string of allegations of corruption, he had to step down from the post of Karnataka Chief Minister in 2011. Next year, he quit the saffron party and floated a new party.

He returned to the BJP in early 2014, just before the national elections. He was elected to the Lok Sabha and was made Karnataka BJP chief in April this year.

Although the BJP has given him a big task of reviving the party in Karnataka, Yeddyurappa does not enjoy the trust of top leadership. His image also suffered a major blow following the allegations of nepotism and land scams during his tenure as Chief Minister. With elections in the Congress-ruled state due in 2018, the no-love-lost display is expected to gather momentum. How long the camaraderie lasts though is another question.