When Uddhav Thackeray was appointed as the working president of Shiv Sena in January 2003, he largely came across as another reluctant politician who buckled under the pressure of family legacy to join politics. His

When Uddhav Thackeray was appointed as the working president of Shiv Sena in January 2003, he largely came across as another reluctant politician who buckled under the pressure of family legacy to join politics.

His assent to the top of ranks in the party, understandably, did not come smooth either.

Post his elevation as the party president, Sena saw its first split in the year 2005 when former Chief Minister Narayan Rane was expelled from the party.

Sena would witness another split in the year 2006, when his estranged cousin Raj Thackeray founded the Maharastra Navnirman Sena or MNS.

Both Raj and Rane never saw Uddhav as the true heir of the Thackeray legacy. However, Uddhav has come a long way since then and has proven his mettle to both. 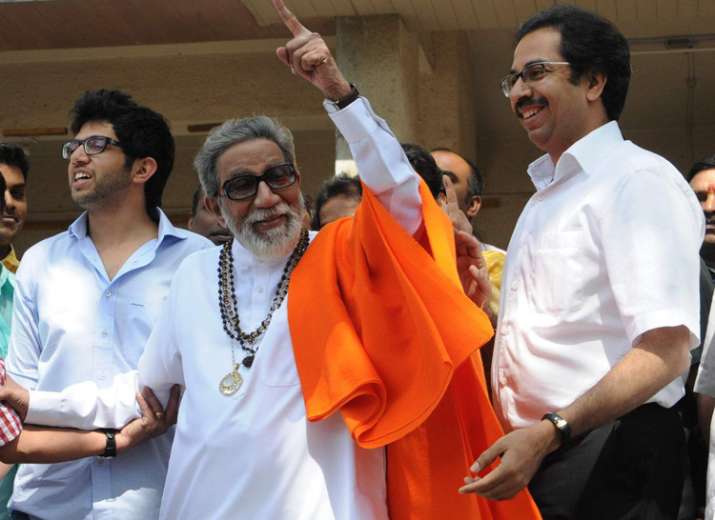 Still, under his leadership, Matoshree, the famous Bandra East residence of the first family of Mumbai, that boasted of visits of the high and mighty including the legendary Michael Jackson, is yet to regain the respect of its 'golden' Bal Thackeray days.

Many saw the 2017 BMC polls as a matter of prestige for Matoshree.

When Uddhav decided to call quits on the party's 25-year-old alliance with the BJP in Mumbai, the sentiment among political observers was mixed -- some saw it with apprehension, other as a coming of age for Uddhav.

It seems, however, that Uddhav's gamble has failed again.

In the BMC poll results announced today, Shiv Sena managed a win only on 84 seats in the 227-seat corporation, just two seats more than the BJP, against whom it was claiming a clean sweep. 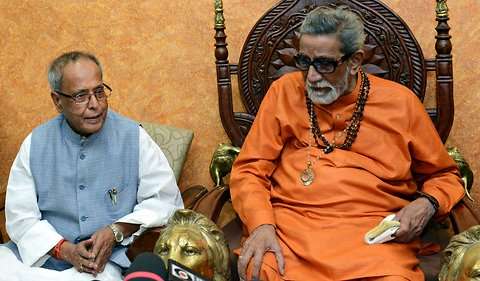 Raj’s MNS, which was last in news for the protest against the release of Karan Johar’s 'Ae Dil Hai Mushkil' due to the presence of Pakistani actor Fawad Khan, was reduced to single digits - seven seats to be precise.

The dismal show assumes significance not just for the drastic fall in political clout. The cash-rich Municipal corporations have bigger budgets than small states like Manipur, Uttarakhand, Goa etc.

When Raj parted ways with Sena, he was seen as aggressive, assertive and one who was a natural when it came to politics, much like his uncle and Shiv Sena founder Bal. His fallout with the Sena was seen as a big blow for the party who viewed Raj as synonymous with the Sena's anti-migrants stand and rowdy Shiv Sainiks.

On the contrary, Uddhav, the youngest of son of Bal, was known for his love for wild life photography and was seen mild in nature. It was tough to identify with him as a successor to his firebrand father.

After the death of Thackeray senior in the year 2012, Uddhav led the party in  the Maharashtra Assembly polls in 2014. Days ahead of the crucial election, Uddhav asserted himself and demanded that he be treated as the “big brother” in the alliance. He sought more seats, a demand that the BJP did not find worthy to meet. 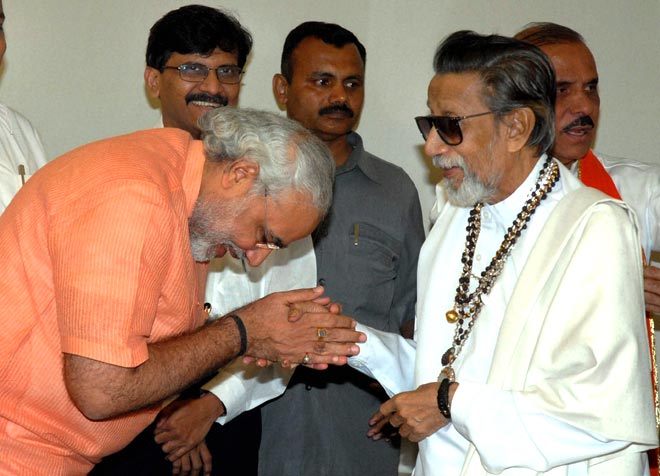 The over two-decade relationship was broken and both parties contested Maharashtra State Assembly elections in 2014 against each other. Contesting solo, the Sena managed to win only 68 seats.

The BJP having won 122 seats in 288-member Assembly, joined hands with the Shiv Sena in a post-poll alliance. The move also saw Devendra Fadnavis being appointed as the first BJP Chief Minister of the state.

While his move to partially dissociate with the BJP may not have yielded the desired results for him, Uddhav managed to prove that he was one up against Raj. The MNS managed to win only one seat the 2014 Maharashtra Assembly elections.

Still, Uddhav's attempts to restore the glory of Matoshree was denied by the “big brother” BJP. The just concluded BMC election was yet another opportunity when Uddhav could have asserted himself in the alliance, but in vain.

He may or may not choose to join hands with the BJP in the corporation, but the BJP has emerged as the true winner in the elections for the BMC and other civic bodies in the state. This is for the first time that the party has managed to make such significant inroads in civic elections without the support of the local Shiv Sena.

Whichever way the tide may move, the wait for Mathoshree to regain its clout as the the political epicenter of Mumbai and Maharashtra only got longer.