Narendra Modi became Prime Minister of India after he led the Bharatiya Janata Party (BJP) to a historic victory in 2014 Lok Sabha elections. Under his stewardship, the BJP won 282 seats on its own and the NDA alliance led by the saffron party emerged victorious in more than 330 seats. Under Narendra Modi’s leadership, India got a full-majority government at the centre after a gap of 30 years.

Before taking over as the Prime Minister of India, Narendra Modi served as Gujarat Chief Minister for four consecutive terms.

Owing to the poor financial condition of his parents, Narendra Modi’s childhood was full of struggle. Modi, along with his brother, used to run a tea stall near a railway station in Ahmedabad.

During Indo-Pak war of 1965, Modi, as a 15-year-old boy, volunteered to serve the soldiers in transit at the railway stations. Similarly, in 1967 at an age of 17 years, he served the flood affected people of Gujarat. 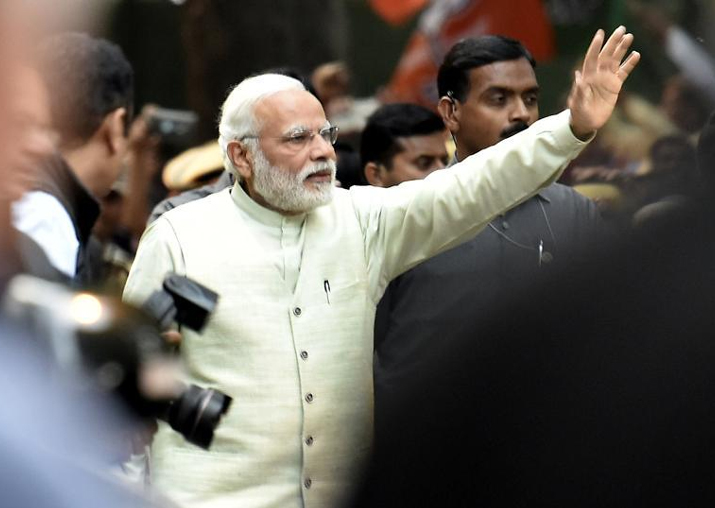 Modi was born in an OBC family of grocers in Vadnagar of Gujarat. Modi wanted to become a sanyasi when he was a child. In fact, he was always fascinated with Sadhus, different forms of worship and meditation. He ran away from home after completing his school education. He visited many places including Ramkrishna Ashram of Belur in West Bengal. Finally, he reached Himalayas and wandered aimlessly and stayed with unknown but yogic Sadhus for months. After two years of wandering in Himalayas without money and with two pairs of clothes, he suddenly decided to give up ‘Sanyas' life and returned home.

Narendra Modi did his schooling from Vadnagar and obtained a master's degree in Political Science from Gujarat University in 1983.

Narendra Modi joined Rashtriya Swayamsevak Sangh in his childhood and as a 'pracharak' (promoter) of the RSS during his college days. He left home at the age of 17 years and travelled across the country for the next two years.

The RSS gave him the charge of its student wing, the Akhil Bharatiya Vidyarthi Parishad (ABVP). 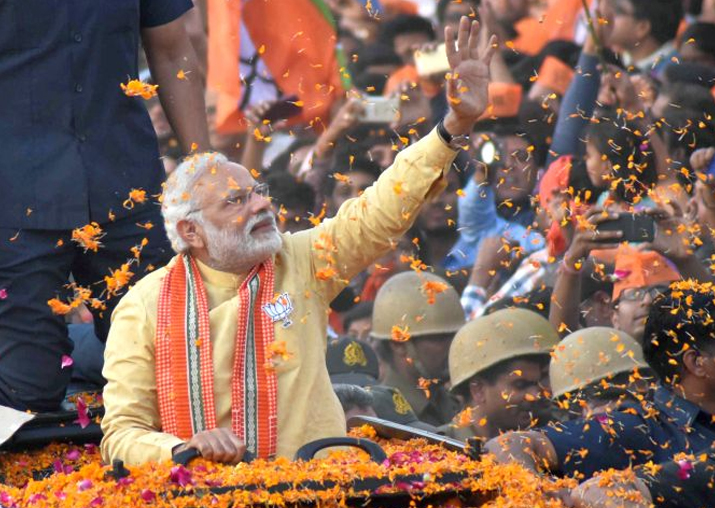 He completed a three-month long course on public relations and image management in the United States (US).

In 1987, RSS deputed Narendra Modi to the Bharatiya Janata Party (BJP) and he became its spokesperson in New Delhi in 1990s. Modi hogged media limelight when he Successfully managed two challenging political yatras – 1. LK Advani’s Rath Yatra  from Somnath to Ayodhya in Sep-Oct of 1990 and 2. Murali Manohar Joshi’s Ekta Yatra from Kanyakumari to Kashmir in December 1991.
According to many political observers, these two events played significant role in boosting the electoral prospects of the BJP which finally catapulted it to power in 1998.

Modi successfully campaigned for the party in the 1995 and 1998 Gujarat Assembly elections, which made the BJP the ruling party in Gujarat. 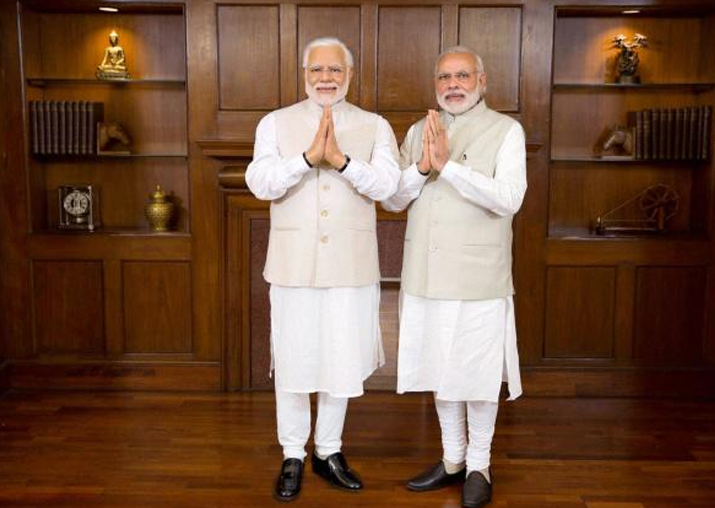 In 1998, Narendra Modi was promoted as General Secretary of the BJP  and he held this position till October 2001.

He became the Chief Minister of Gujarat for the first time in October 2001 when his predecessor Keshubhai Patel resigned from the post following the defeat of BJP in civic polls as well as Assembly by-elections.

Narendra Modi adores his mother and never forgets to take her blessings whenever he undertakes any new initiative- political or otherwise. In fact, she is his only closest relation. He  is a teetotaller. He doesn't drink, doesn't smoke. He is a complete vegetarian.
Watch Live News :