'Those who abuse Messenger of Allah will have a painful punishment': Zakir Naik's provocative FB post

Amid heated debate over Islamophobia on social media, controversial Islamic preacher Zakir Naik warned of dire consequences to those who abuse the Messenger of Allah. 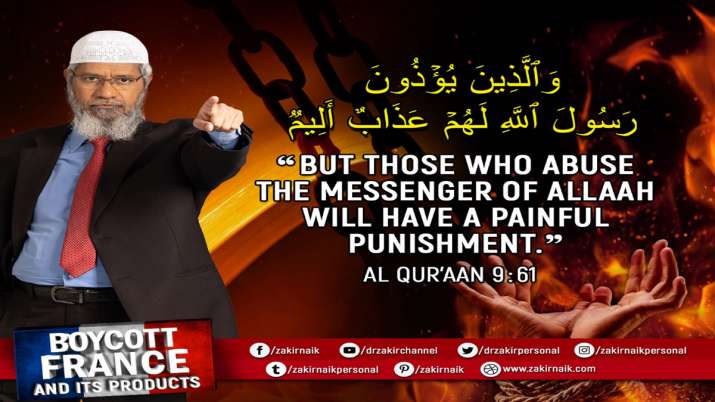 In another FB post, Naik attacked the French president Emmanuel Macron for his controversial remark over Islamophobia. "The endorsement of offensive speech does nothing to advance freedom of expression. A right to offend does not imply a duty to offend," his post reads. 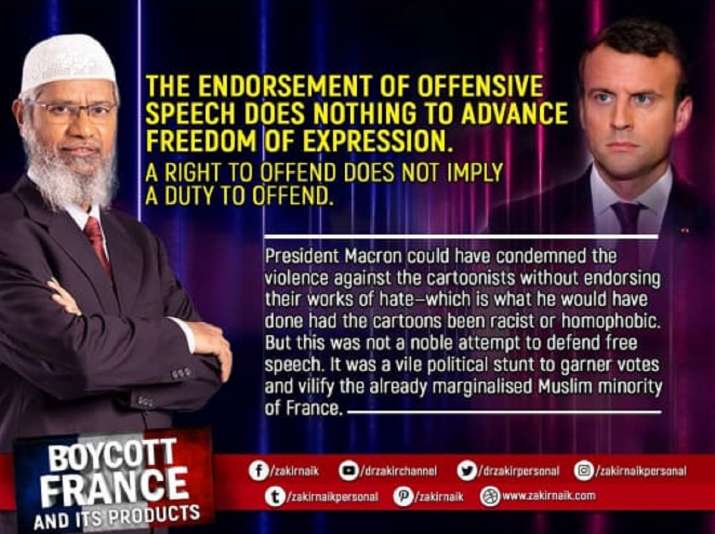 Naik's threatening posts come in the backdrop of  Macron's remark over Islam following a teacher was beheaded in Paris for showing a caricature of Prophet Mohammad to his students. Since then, Macron is facing massive outrage from the leaders of Islamic countries.

On Thursday, former Prime Minister of Malaysia Mahathir Mohamad justified a terror attack at a church in the French city of Nice. Mahathir said that 'Muslims have a right to be angry and to kill millions of French people'. Later, his Twitter removed the controversial tweet.