In pictures: News from the past week in Asia

This week’s gallery includes a roadside vendor holding a special filter to watch a partial solar eclipse in Hyderabad. In other images from the Asia Pacific region this week, people wearing masks stand during a rally to show support for Uighurs and their fight for human rights in Hong Kong.

Here’s your look at highlights from the weekly AP photo report, a gallery featuring a mix of front-page photography and news that made headlines that you might have missed. This week’s gallery includes a roadside vendor holding a special filter to watch a partial solar eclipse in Hyderabad. In other images from the Asia Pacific region this week, people wearing masks stand during a rally to show support for Uighurs and their fight for human rights in Hong Kong. 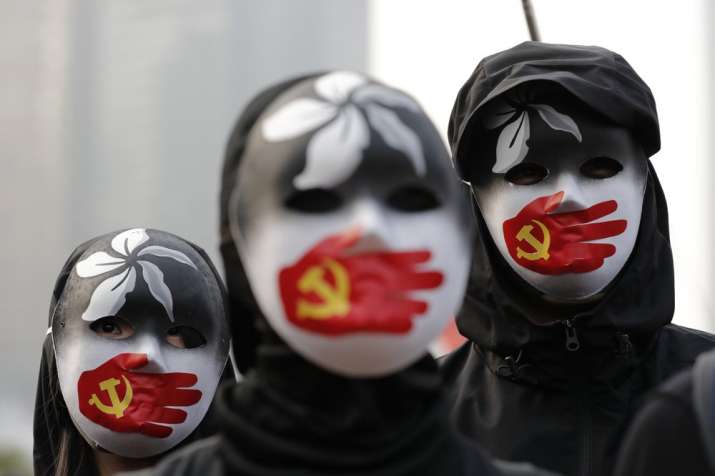 People read the holy book of the Quran as they pray at a mass grave site for the victims of the Indian Ocean tsunami, during the commemoration of the 15th anniversary of the disaster in Banda Aceh, Indonesia. 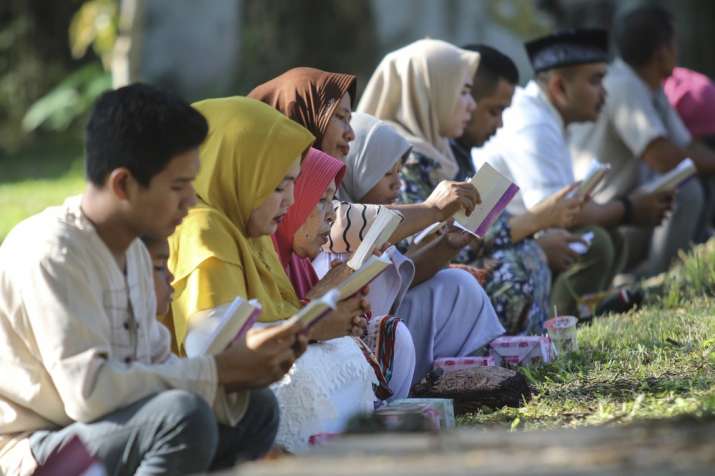 Japanese champion Ryota Murata, left, sends a left hook to Canadian challenger Steve Butler in the second round of their WBA middleweight world boxing title match in Yokohama, southwest of Tokyo. Murata defended his title by a technical knockout in the fifth round. 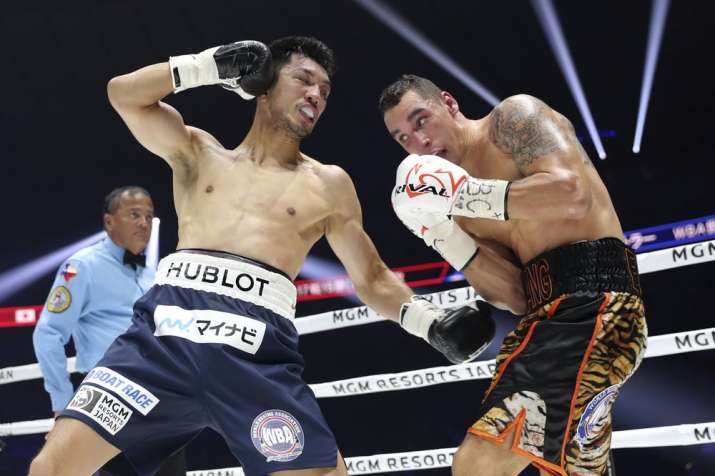 Indians hold national flags and placards during a protest organized by several Muslim organizations against a new citizenship law that opponents say threatens India's secular identity in Bangalore, India. More than twenty people have been killed nationwide since the law was passed in Parliament earlier this month in protests that represent the first major roadblock for Prime Minister Narendra Modi's Hindu nationalist agenda since his party's landslide re-election last spring. An Indian Christian woman offer prayers at a church on Christmas in Guwahati, India. Though the Hindus and Muslims comprise majority of the population in India, Christmas is a national holiday celebrated with much fanfare. 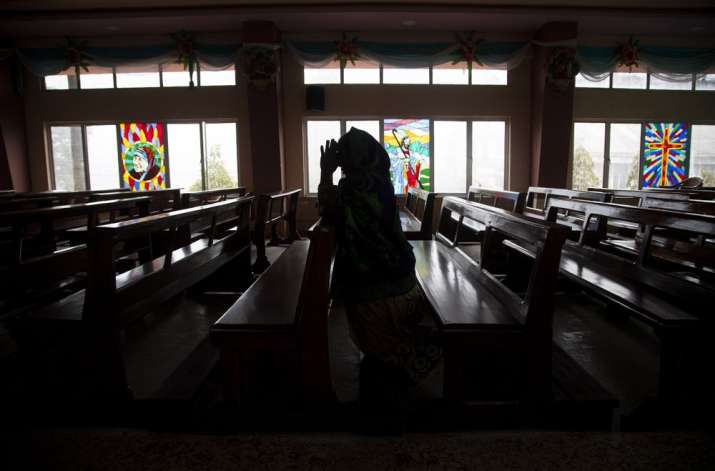 Mountain climbers in Santa Claus outfits pose during an event to hope for safe climbing and to promote Christmas charity on the Buckhan mountain in Seoul, South Korea. 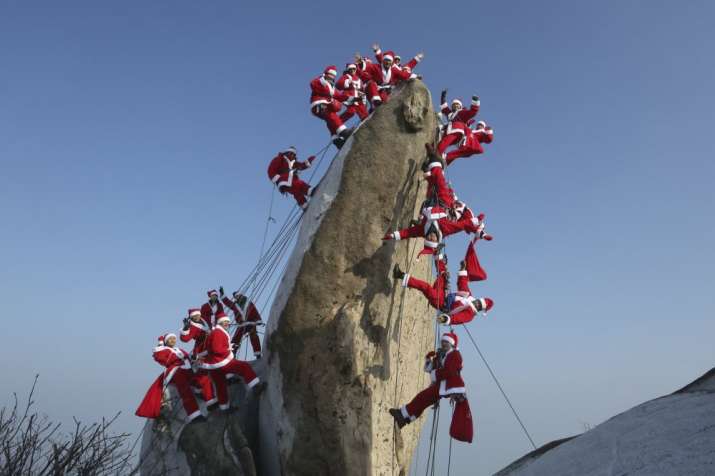 Indian brides sit for a mass wedding in Surat, India. More than a hundred couples tied the knot at the mass wedding. Weddings in India are expensive affairs with the bride's family traditionally expected to pay the groom a large dowry of cash and gifts. 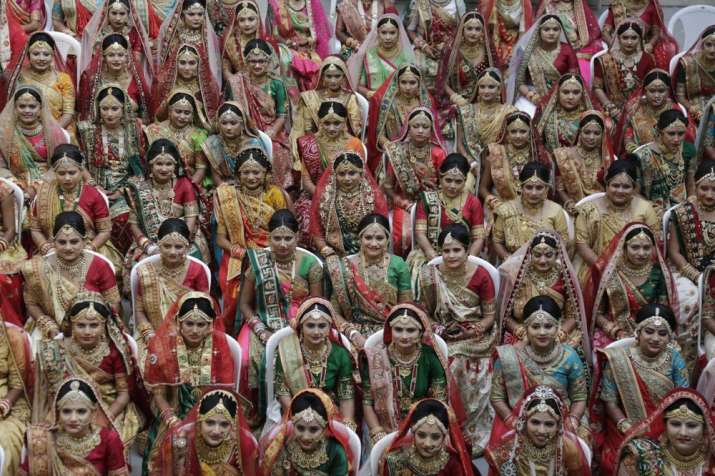 Cola, 10-year-old female orangutan waits in a cage to be sent back to Indonesia at a Suvarnabhumi Airport in Bangkok, Thailand. Wildlife authorities in Thailand repatriated two orangutans, Cola and 7-year-old Giant, to their native habitats in Indonesia in a collaborative effort to combat the illicit wildlife trade. Cola was born in a breeding center from two smuggled orangutans which were sent back to Indonesia several years ago, according to the Department of National Park, Wildlife and Plant Conservation 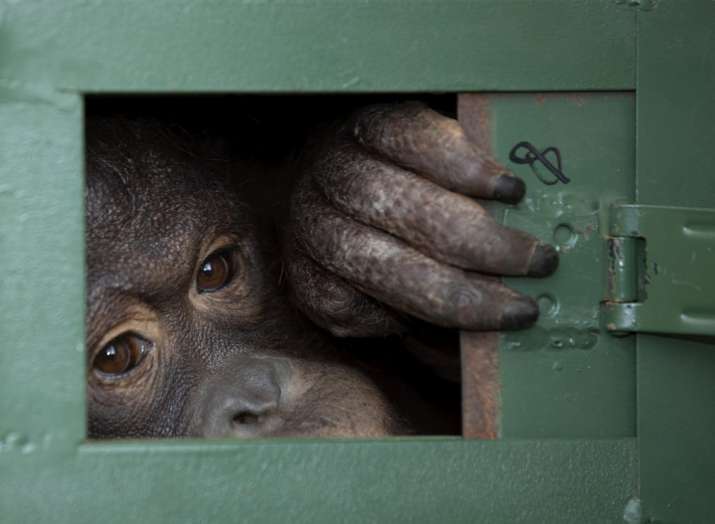 Residents react to teargas as police and protesters confront each other on Christmas Eve in Hong Kong. More than six months of protests have beset the city with frequent confrontations between protesters and police. 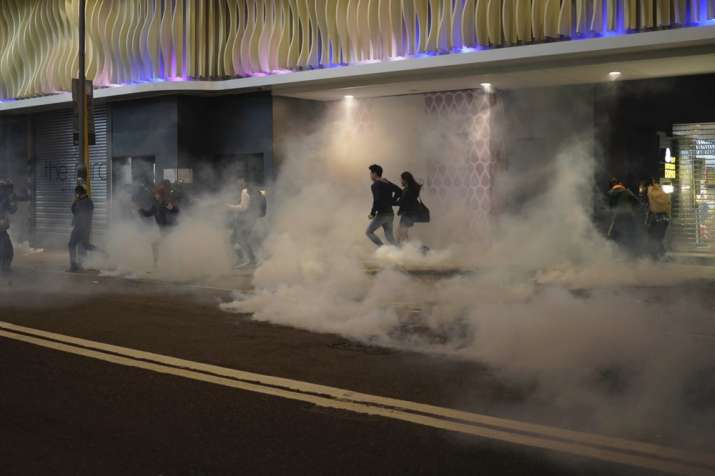 A sign "Free HK" during a rally in Hong Kong. Protesters attended at a rally to protest against Hong Kong Police's latest action to freeze money raised by a fundraising platform which was used to support the city's anti-government protests. 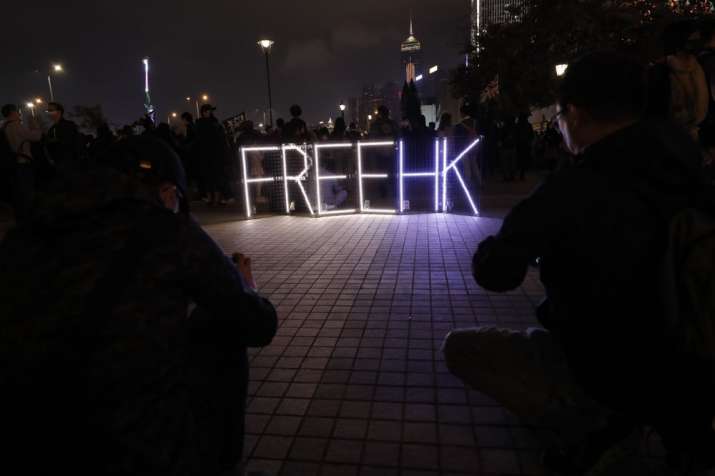 A child looks up at the sun wearing protective glasses to watch a solar eclipse from Jakarta, Indonesia. 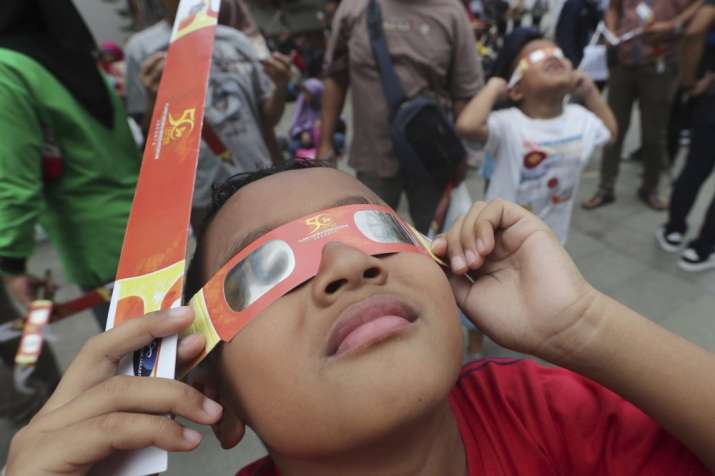 An annular solar eclipse is seen through a safety glass from Siak, Riau province, Indonesia. People along a swath of southern Asia gazed at the sky in marvel on Thursday at a "ring of fire" solar eclipse. 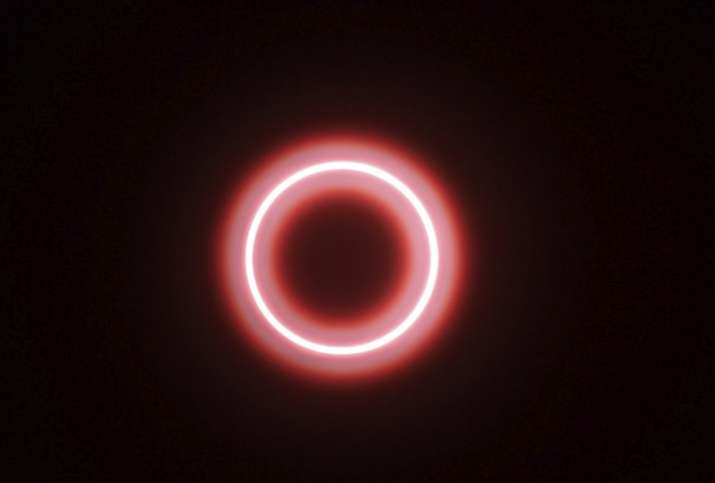