Donald Trump became the oldest first-term US president in January 2017. He has five children from three wives, and ten grandchildren.

Donald Trump, 74, is the 45th President of the United States. A businessman and television personality, Trump entered the 2016 presidential race as a Republican candidate. He was elected to the post, defeating Democratic nominee Hillary Clinton. Trump got elected in an electoral college victory, but lost the popular vote to Clinton.

Trump, who became the oldest first-term US president, in January 2017 has a long family. The 74-year-old is also the first President without prior military or government service.

Let's take a look at the family of Donald Trump which is a prominent American family. The family is active in real estate, entertainment, business, and politics. His immediate family circle has 10 members and been the first family of the United States since his inauguration on January 20, 2017. 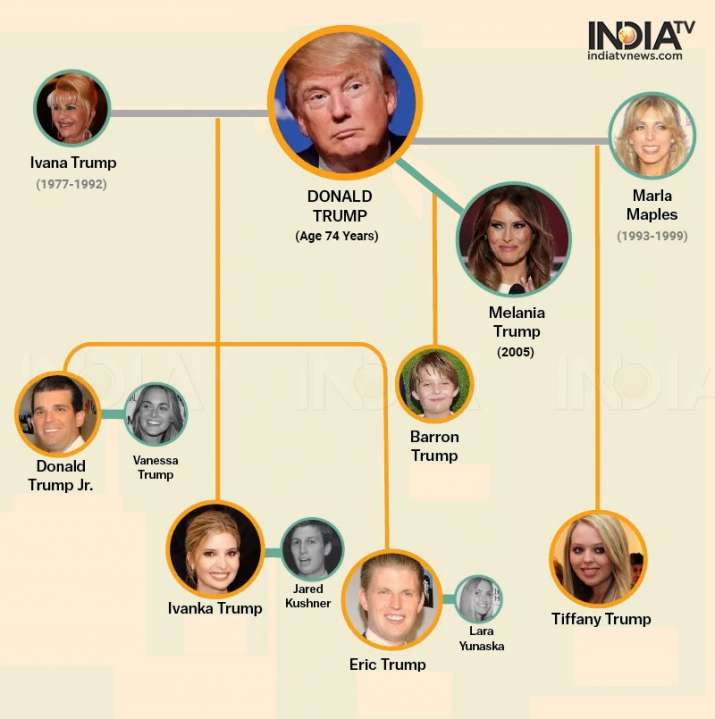