The controversial report carried in the Wall Street Journal quotes Ankur Sharma as saying that his brother, IB staffer Ankit Sharma, was killed by a mob chanting Jai Shree Ram. Ankur has denied that he made any such claim

The Ministry of External Affairs has asked the Indian Embassy in the US to look into the complaint by a private individual who has demanded that a Wall Street Journal journalist in India be “immediately deported” for “anti-India behaviour.”

The scribe in question, Eric Bellman, is the deputy chief of the publication’s South Asia bureau. Bellman has been accused of misreporting on last month’s sectarian riots in the national capital, which left over 50 persons dead and displaced thousands more.

Reacting on the issue late on Friday evening, MEA’s official spokesperson Raveesh Kumar highlighted that the complaint against Bellman had been filed by a “private individual on government's online grievance redressal platform.”

“Referring the complaint to the related office is a routine matter as per the standard procedure. No such decision on deportation has been taken by the Ministry of External Affairs,” Kumar said. 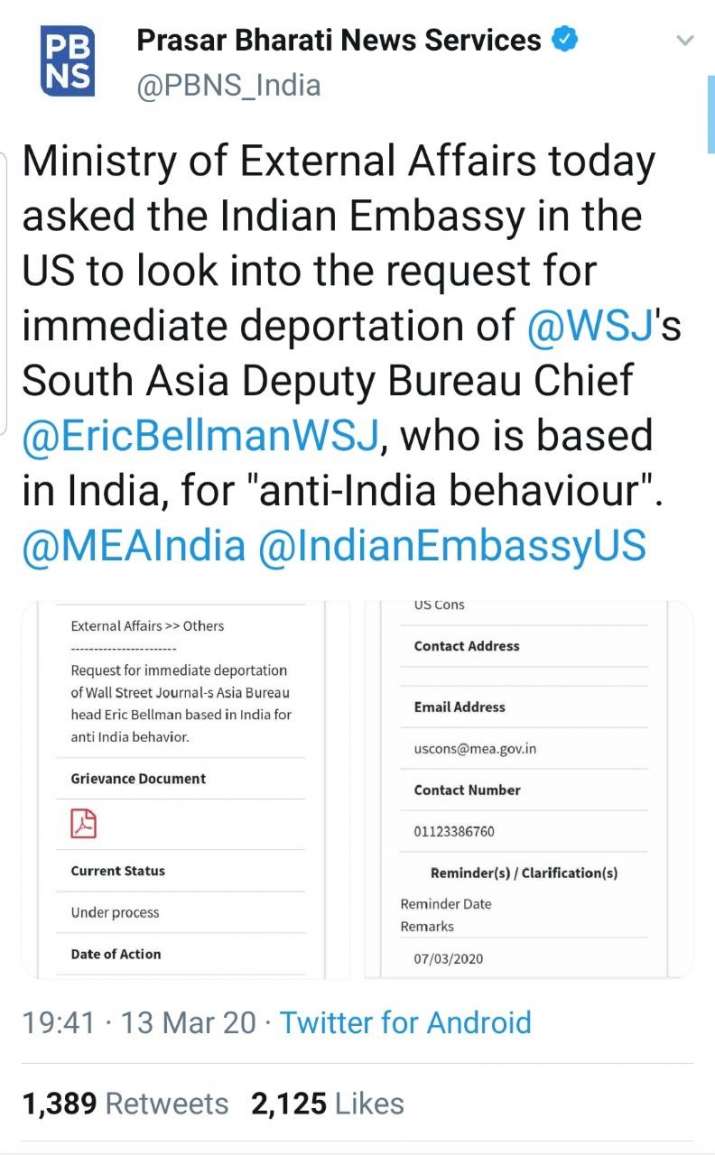 Bellman had been reported to the authorities by an activist group, Legal Rights Observatory, which has accused the American journalist of “defaming a religion.”

In a report carried by the publication, titled India’s Ruling Party, Government slammed over Delhi violence, it was claimed that Intelligence Bureau (IB) staffer Ankit Sharma was killed by mobs chanting ‘Jai Shree Ram’. The report attributed the statement to Ankit’s brother Ankur Sharma, who later denied that he had said any such thing.