On camera: Beirut second explosion as seen from car driving on road next to port

At least 70 people have been killed and around 2,500 wounded in two huge explosions that rocked Lebanese capital Beirut. A video has surfaced showing the intensity of second explosion that shook the city.

At least 70 people have been killed and around 2,500 wounded in two huge explosions that rocked Lebanese capital Beirut, Health Minister Hamad Hassan said. The blasts took place on Tuesday evening (around 6.10 pm local time), shaking buildings all over the city while also causing severe damages and casualties. Hassan was quoted by al-Jadeed TV as saying that more than 50 people were killed and 2,500 others were injured in the blasts. The number of casualties were expected to rise as the counting continued.

The city witnessed two big explosions that devastated Beirut's port. The intensity of the explosions were so big that it shook even distant buildings leading to panic, chaos across the Lebanese capital. A video has also surfaced showing the moment when second explosion devastated the city. The video was shot from a car driving near the explosion site where the first one took place. One can clearly witness the intensity of the second explosion which went like a fire-ball. It was so intense that even the car from where the person was shooting the video felt its impact, breaking off its glasses and shattering passengers. The car was atleast many miles away from the second explosion site. This is so terrifying! The Beirut explosion from a car driving on the road next to the port #Lebanon #BeirutExplosion.

This is so terrifying! The Beirut explosion from a car driving on the road next to the port#Lebanon #BeirutExplosion pic.twitter.com/p8V99136To 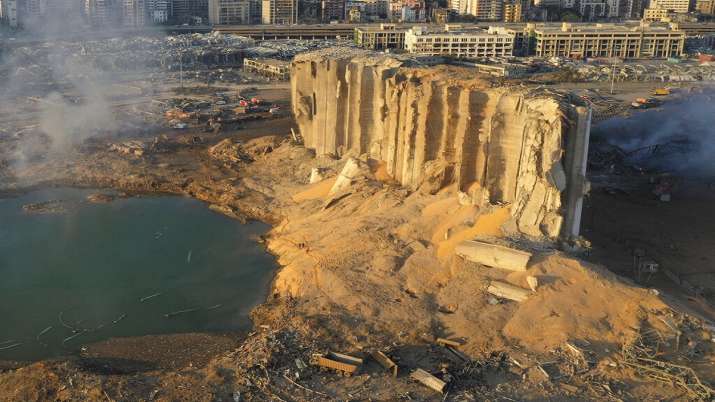 Lebanese Prime Minister Hassan Diab has urged his country's allies to help Lebanon overcome the repercussions of the disastrous explosions. Meanwhile, Diab declared Wednesday a national mourning day for the victims of the explosions.

Lebanese President Michel Aoun called for an emergency meeting of the Higher Defence Council to discuss the reasons and repercussions of the explosions. The causes of the blasts remained unknown, but Lebanese Interior Minister Mohammad Fahmi said that the explosive chemicals stored at Port of Beirut may have caused the explosions.

"Customs' authorities must be asked about the reasons behind storing such chemical materials at Port of Beirut," Fahmi said.

Many countries in the region expressed solidarity and sympathy with Lebanon over the explosions that have dealt a further blow to the country already plagued by the Covid-19 pandemic and an economic crisis.